Yesterday, Conservative MP Blake Richards (Banff-Airdrie) recognized nine individuals and one family from the Cochrane area for their community leadership and contributions, in commemoration of Canada's 150th anniversary.
Aug 31, 2017 12:00 AM By: Lindsay Seewalt 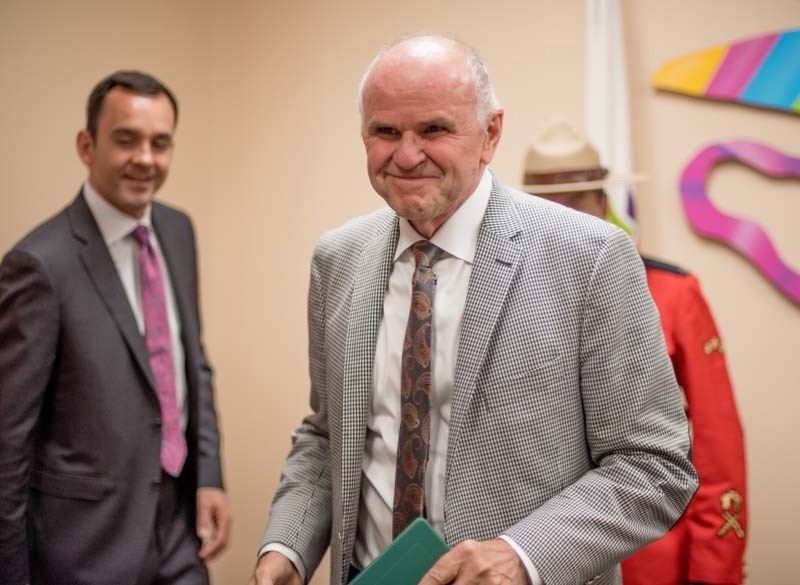 Spray Lake Sawmills owner Barry Mjolsness was one of the Cochrane recipients of the Banff-Airdrie Canada 150 Awards.