“It’s very sad for all the rodeo committees and all the towns that host the rodeos,” said Cochrane cowboy Tanner Milan. “It’s absolutely terrible we don’t get rodeos to go to, but at the same time you have to take care of your community and make sure that none of this is getting spread around.”
Apr 29, 2020 12:00 PM By: Chelsea Kemp 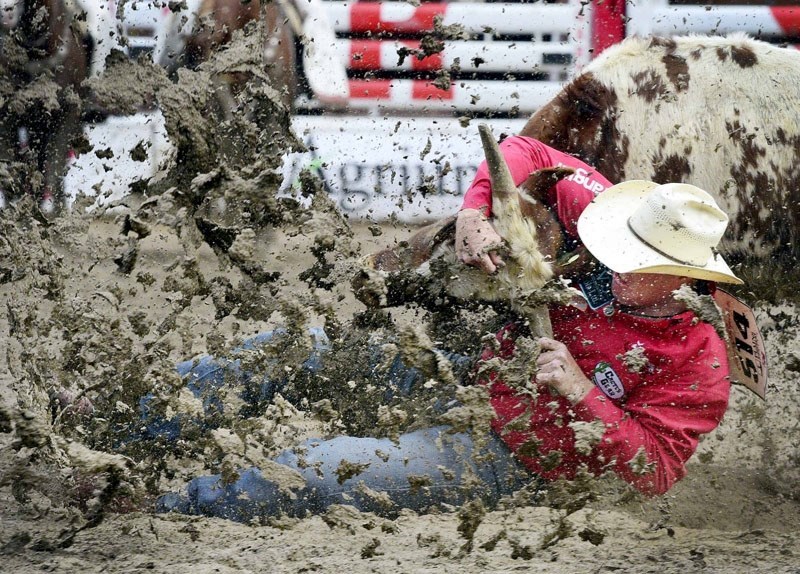 CALGARY— For the first time in its 108 year history the greatest outdoor show on earth will be keeping the bucking broncos in the paddock.

The Calgary Stampede has weathered the Spanish Flu, two World Wars and the flood of 2013, but it was announced on Thursday (April 23) due to the COVID-19 public health emergency measures the show will not go on this year.

“This is an extremely difficult announcement to share, but it is the right thing to do,” said Dana Peers, Calgary Stampede President and of Board in a press release. ”As a community celebration, the cancellation of our annual event comes with our community and public health and safety front of mind.”

On Thursday Alberta’s Chief Medical Officer of Health Dr. Deena Hinshaw said that the current restriction banning groups of 15 or more will apply to all summer events— including all agricultural fairs and rodeos. She added that there is the possibility these restrictions could be reassessed in the fall.

“I promise you this does not mean the end of Stampede spirit in our community this year,”  Peers said. “We know our community is strong and resilient. We’ll get through this together. Keep your hats on.”

“It’s something a guy looks forward to every year,” Milan said. “When I finally heard that it was cancelled it wasn’t a very good feeling.”

The Calgary Stampede has been an important part of the steer wrestler's life since he was a small child— Milan said he grew up riding sheep in the Stampede arena, watched his dad compete and later entered the arena himself.

Milan would go onto compete as a world-class steer wrestler with his brothers.

“Getting in the rodeo and western spirit it’s a great feeling,”  Milan said.

The cowboy had his rookie year as a professional steer wrestler in 2002, he said, explaining that he has missed the odd season due to knee surgeries.

However missing this season is a whole new experience, he said, explaining that it is a difficult reality to accept because he's healthy and ready to compete.

“Never would I have ever dreamt that anything like this would happen,” Milan said. “I’m trying to forget about Canadian rodeo this year.”

The cowboy said he is focussed on training for next season and added that there is the potential to compete in rodeos in the United States if he can qualify.

Milan said he feels bad for the Calgary Stampede, the city and businesses that are going to be impacted by the cancellation. He added he cannot imagine the economic impact it will have in already difficult times.

COVID-19 effects every aspect of life, Milan said, explaining that he also worries about the future of sponsors of events. With many out of work and companies struggling due to the pandemic, it will be hard for rodeo committees to receive the sponsorship they need to run future events.

“It’s very sad for all the rodeo committees and all the towns that host the rodeos,” Milan said. “It’s absolutely terrible we don’t get rodeos to go to, but at the same time you have to take care of your community and make sure that none of this is getting spread around.”

Milan is unsure what the summer holds now but said he will be practicing at his home arena with a few steers to get ready for next year's rodeo season.

“I’ll try and practice four or five times a week and stay sharp in case something does open up and we can start going to rodeos,” Milan said. “I want to make sure we’re ready.”