“Having been a coach for over 20 years, I’ve seen the benefits of team play. I think it’s so important to have that support network outside of school."
Feb 22, 2021 12:00 PM By: Tyler Klinkhammer 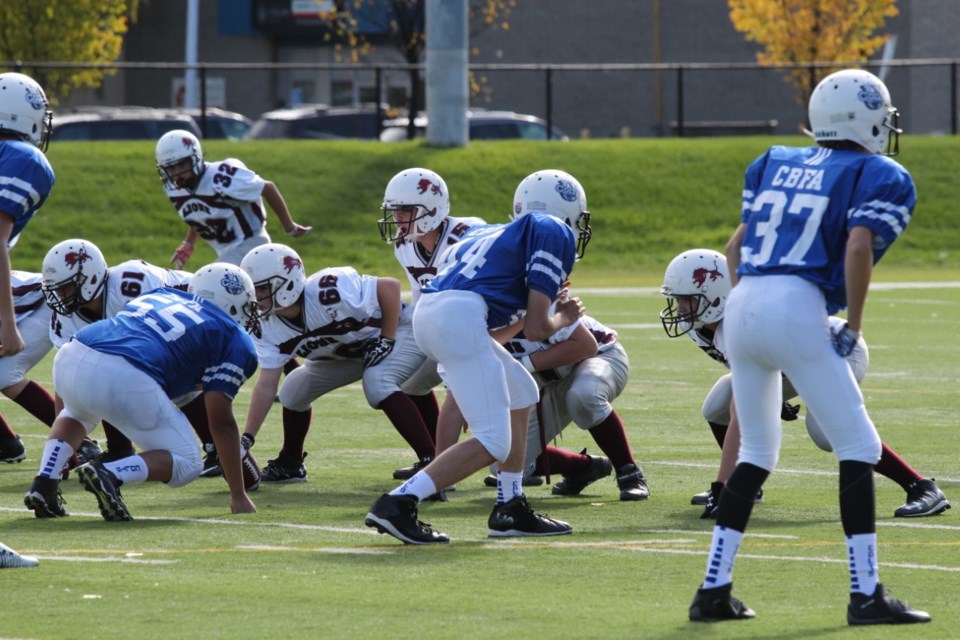 COCHRANE— Cochrane Minor Football opened its registration for the 2021 season on Tuesday (Feb. 16).

“We are hopeful that we will be in a position to be able to offer a full season this year. Of course, everyone is, and we’ll have to comply with the guidelines, but we have the benefit of starting our season a little bit later on,” he said. “We are operating as though we will have a full season with the three teams operating this year.”

On Feb 8. Football Alberta released new guidelines for teams across the province hoping to get back on the gridiron this season.

As of now, lessons practices and conditioning activities are allowed for indoor and outdoor team-based activities with a maximum of 10 total participants including coaches and trainers.

Football Alberta has indicated that the guidelines may change as the province reaches its hospitalization benchmarks and easements of public health restrictions continue, which Vaillancourt said he believes will happen.

Their optimism, Vaillancourt said, is intentional.

“One of the reasons we want to strike such an optimistic note is because we want to give kids something hopes for, something to look forward to, something to train for. During the season, there’s so much structure, and kids are going through the drills and the practice planning and games. The whole thing is great,” he said. “It gets kids motivated.”

Vaillancourt said it is a great time to get involved with the sport.

Last year, Cochrane Minor Football did not have a single case of COVID-19 transmission within the organization. The other football programs in Cochrane had similar results.

Not only are there no documented cases of transmission, the sport itself has never been safer, he said.

“We are following Football Canada guidelines, so safe play, safe contact. I know there’s been a lot of concern over the years about injuries, specifically head injuries, but the protocols we have in place now with regards to equipment, limiting contact in practice and the type of contact, has really reduced injuries in the last couple of years.”

Vaillancourt said he is looking forward to this year, and hopeful that the upcoming season will give kids in the community something to look forward to.

With so many going through extended periods of isolation, he said he believes football can be a productive and safe outlet for the kids who participate.

“Having been a coach for over 20 years, I’ve seen the benefits of team play. I think it’s so important to have that support network outside of school,” he said. “Being able to relax a little bit and enjoy some fresh air, I think football is so great for that.”