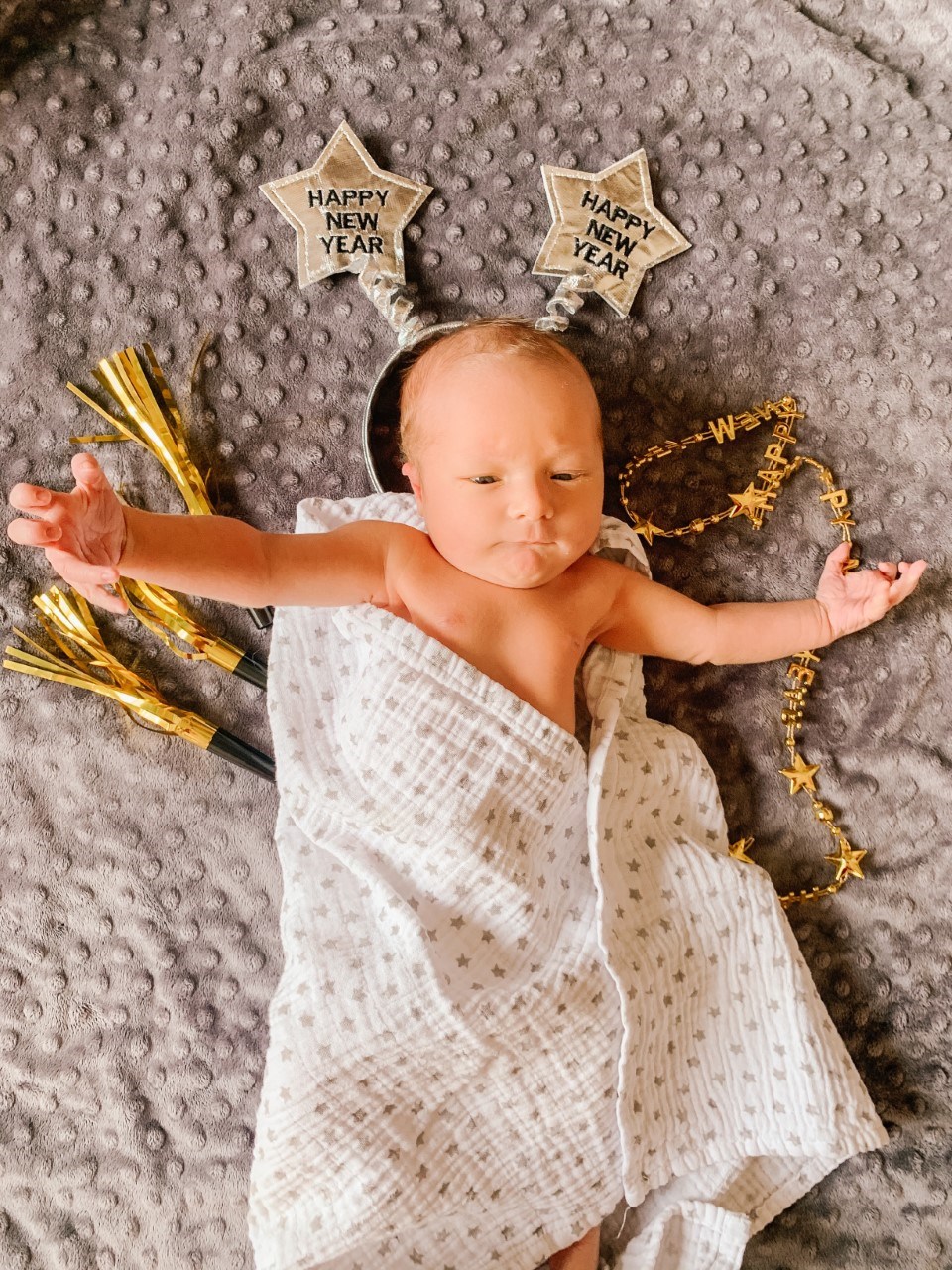 COCHRANE— Cochrane’s New Year’s baby was welcomed into the world on Jan. 2.

Katrina said Carter has been settling nicely, adding she and her new son are just “figuring each other out.”

“It’s a little different. Because with everything going on, too, my husband couldn’t come to a lot of our appointments,” she said. “We can’t have anybody see him or come over, that’s been different too.”

Katrina is excited for the day when people can come over to meet her newborn, but for now, she’s been doing Zoom calls with her parents, who live in Lethbridge.

“Last time, it seems, when we had a newborn there were so many people that came over, we had to get out of our pyjamas more often. So, it’s kind of nice to just have it be the four of us together to figure each other out without any other distractions,” she said. “I think we all appreciate a little less chaos.”

Carter's birth was especially meaningful for a number of reasons, Katrina said. Her husband could not attend the prenatal appointments due to public health restrictions and the couple has decided to stop at two children, she said.

Because of these experiences Mitch was very emotional when Carter was born.

“I think he got a little more emotional this time than he did the last time. It’s our last one, so we’re done after this. Maybe that’s why,” she said with a laugh.

The Cavanagh’s firstborn, four-year-old Everett, is quickly warming up to his new little brother.

“He’s getting a little bit more used to him, he likes to put his hands over his ears when he screams,” she said with a chuckle. “But he likes to bring him toys and hold his hand so he’s coming around.

“Our firstborn, he cried for everything. He cried when he was hungry, he cried when he had a wet diaper— For pretty much everything,” she said. “Carter, he doesn’t really care. He only really lets you know if he’s hungry. He kind of snorts a little bit and sucks on his fingers but that’s about the end of that.

“He likes to sleep, so he’s been sleeping like a champ. We have to wake him up to make him eat,” she said. “That’s been surprising. I’d like to just know if he’s uncomfortable because he doesn’t say anything. It’s a little bit different than the first guy.

“When he’s sleeping and we both wake up going ‘oh my God, we both slept for three hours!’ It’s pretty awesome.”

Katrina said the things she’s looking forward to most are all of the snuggles and when Carter gets big enough to play with his big brother.

Everett is excited about that too, she said.

“He’s been talking about it for a while. When we were in the hospital we ran into a few neighbours and was talking their ear off about it. He’s pretty excited."