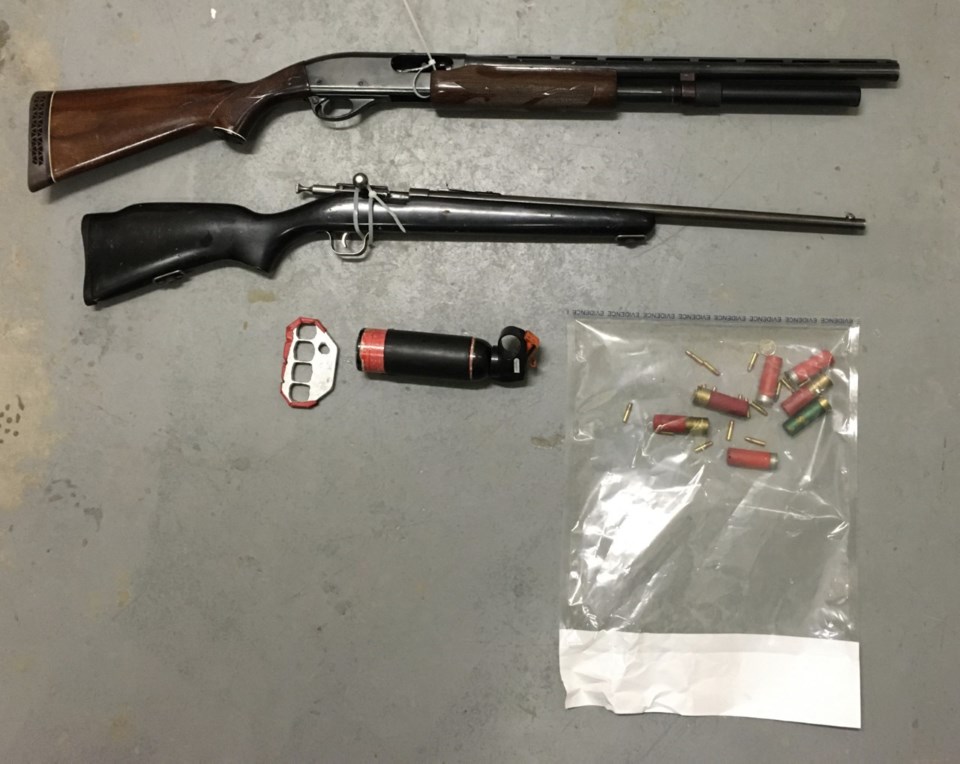 Carlyle Holloway, 39, Zachary Sampson, 33, and Aldina Snow, 34, all from Morley, have been charged with several offences including; possession of a weapon for a dangerous purpose (four counts), carrying a concealed weapon (three counts), careless storage of a firearm (two counts), unauthorized possession of a firearm (two counts) and tampering with a serial number (one count).