Cochrane's fitness facilities weigh the costs of operating in COVID-19

Many fitness facilities are struggling to operate within the current provincial restrictions, but sound optimistic about the future of the industry.
Feb 22, 2021 3:00 PM By: Tyler Klinkhammer 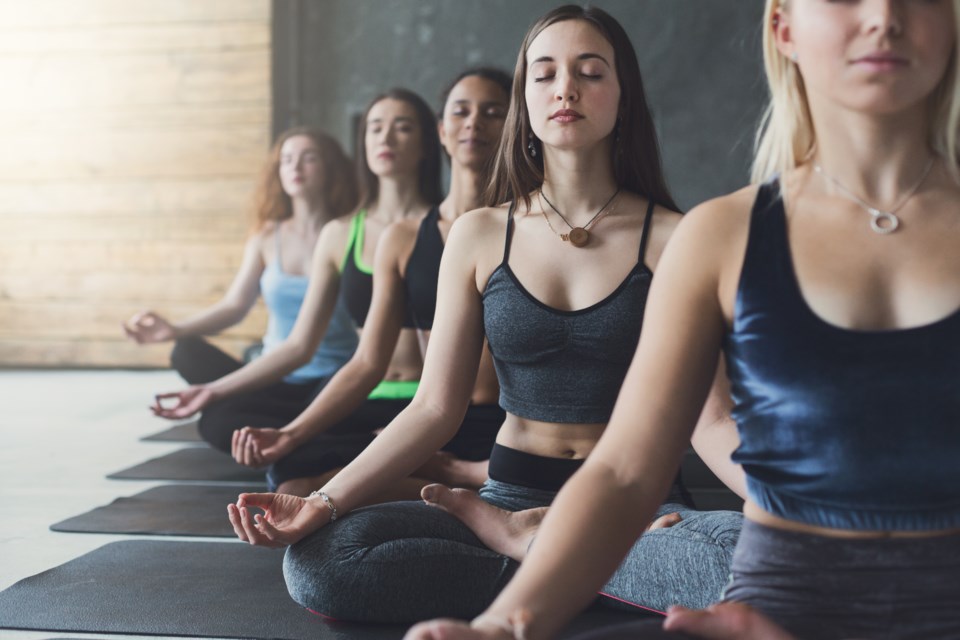 Provincial restrictions that limit indoor training to one-on-one sessions have left many fitness facilities struggling to operate. But many in the industry remain optimistic about the future. File Photo.

COCHRANE— Many gyms in Cochrane are still closed as the province struggles to find a balance that will appease business owners while keeping COVID-19 transmission rates low.

Jackie Hornung, owner of Cochrane Centre Pilates, said she has been able to pivot to remain functioning in a limited capacity, but is still not able to open fully.

“This is really hard for any small business owner, whether you’re a gym or a fitness facility or a restaurant. I’ve been fortunate because some of my clients have been able to take classes on Zoom or on Facetime,” she said. “But of course, it’s never the same when you’re not in person.”

Hornung said her classes often involve the use of equipment, and that created a natural limit on her class sizes. Typically, she said, her classes were only four or five people prior to the most recent COVID-19 public health measures.

“They were all socially distanced, when we were able to open it was great because we were able to continue and no one was near anyone. So, the shutdown was really frustrating when they allowed [chiropractors] and [physical therapists] to open up when a lot of what we do is, we’re moving people.”

Under the current provincial public health measures one-on-one training is permitted during indoor fitness training. Sessions are required to be scheduled or by appointment and individual workouts without a trainer are not permitted. Social distancing of at least two metres during low intensity training and social distancing of at least three metres during high intensity training is required.

These health measures are expected to be eased three weeks after Feb. 8 if COVID-related hospitalizations in the province are below 450 people.

One of Hornung's biggest concerns under stringent health measures has been the financial implications for her studio.

Many gyms charge a premium for one-on-one instruction, and those who cannot afford a costly personal trainer will have to go without.

“The problem with one-on-one’s it’s quite costly. A lot of people can’t afford one-on-one training, so when you bring in a group of four people it brings that cost down,” she said. “And there’s also a social aspect to it. People are moving, but they’re with people. We’re humans we need that interaction.”

She noted that the industry as a whole is very important for the health of thousands of people in the province, who rely on fitness as a healthy outlet, and group classes as a social one.

Hornung said that she is happy to see a tangible plan in place, and hopes that the measures continue to curb the spread of COVID-19 in the province.

“I do think that it’s nice that it’s a little bit clearer, at least it’s tangible things that you can look at,” she said. “And it’s nice to see that numbers are coming down. That’s really encouraging.”

Hornung said she hopes to see a return to group classes, as it is more economical for people who want to participate, as long as they can maintain social distance, and that the return of the social aspect of working out in groups is highly anticipated as well.

He said his reaction when he heard about the easement of restrictions was bittersweet. While he’s happy to see the change, he is prepared for disappointment when the evaluations happen.

“When I heard the one-on-one thing, the first thing was that this doesn’t apply to me,” he said. “Then I heard every three weeks they’re going to re-evaluate it and that made me happy.”

Schreutelkamp said his high season happens to be right now, as many people hope to get in shape for the summer months. He added last summer it felt as though many people took advantage of the warm months to go out and get active.

This summer, he hopes that the balance that yoga can bring to someone’s life, in terms of both mental and physical health, will be at the forefront of people’s minds.

“This summer I’m hoping that people look inward instead of outward. As we come out of hibernation from winter, what’s the work that’s going to need to be done? That’s where I’m looking ahead with Alchemy Yoga. What is my client going to need when we are allowed to open?”

The physical aspect of yoga is only one branch in a larger tree of teachings, Schreutelkamp explained.

Yoga also measures mindfulness and one’s ability to reflect, he said, and he worries that without that outlet some may be suffering in an already difficult time.

“The mental health side is a huge priority for us, but it’s almost immeasurable,” he said. “Five hundred people were coming to our business on a regular basis pre-COVID, that were getting something from us and filling some kind of need, whether it was a physical need or a mental need and that’s all gone. I’m worried for my clients and there’s no real way to measure it.”

Schreutelkamp said that he will not be offering one-on-one classes to people, partly because it is not economically feasible for the clients.

That philosophy has ended up serving Alchemy Yoga throughout this pandemic, as a portion of the members have elected to keep their memberships active, essentially donating their monthly membership fee to the studio.

“Those are the people that I think get it, that are like ‘I want to support wellness in my community,’ and they’re supporting us, which is awesome,” he said.

Although Schreutelkamp said he has lost many members over the past few months to things like online yoga classes, he has faith that he will bounce back when he can reopen the doors.

“We feel that this business will be monumental when COVID is over. I feel like we’re a penny stock that you would put $1,000 into knowing it’s going to go up to $10,” he said. “A positive, community-based place of movement and wellness? That’s what people will crave after this.”