“With every cut, directly or indirectly, it is going to impact especially those children who are struggling," said Toby Rabinovitz, executive director of the Learning Disabilities Association of Alberta.
Apr 1, 2020 10:50 AM By: Claire Theobald, Local Journalism Initiative Reporter 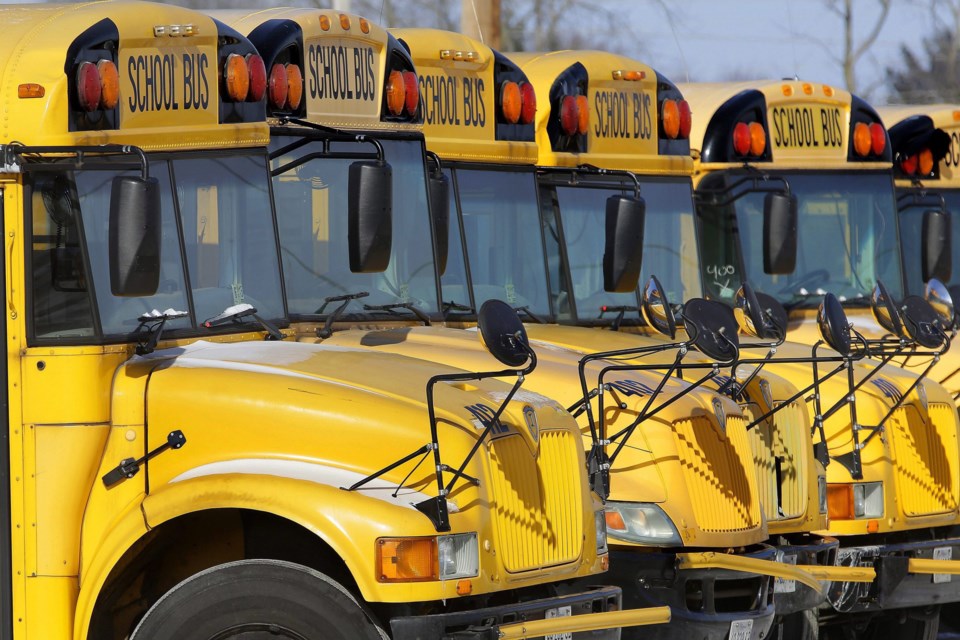 As Alberta Premier Jason Kenney was announcing a $1.5-billion investment Tuesday to accelerate construction on the Keystone XL pipeline, a project expected to create thousands of jobs in the face of a looming economic crisis, opposition leader Rachel Notley criticized "funding adjustments" that could see more than 20,000 school support staff lose their jobs in what she called “the biggest single day of layoffs in the history of Alberta.”

“Today they found $1.6 billion but they couldn’t find $120 million for 20,000 people helping disabled kids across this province,” Notley said during question period in the Alberta Legislature on Tuesday. “For this government, keeping a promise is the exception to the rule, but when we look closer at who suffers from their broken promises it always seems to be children, and in particular special needs children.”

On Saturday afternoon, the government announced in a press release that funding for some K-12 services would be “temporarily reduced” while schools are closed due to the COVID-19 pandemic.

Though funding for teachers will be maintained, funding for staff and services believed to be less necessary while schools are closed – including transportation services, substitute teachers and educational assistants – will be reduced for three months with any savings redirected toward the province’s COVID-19 response.

“We cannot pay to operate buses that are parked, or to clean schools every day that are shut down,” said Kenney Tuesday.

“This decision was not made lightly – no decision regarding valuable workers is,” said Minister of Education Adriana LaGrange, after being grilled in the Legislative Assembly Tuesday by Notley over cuts the opposition leader described as ‘horrible’ and ‘cruel.’

“The unfortunate reality is that in-person classes are not occurring during COVID-19 and at-home learning options do not use the same levels of staffing and resources that they did,” LaGrange said.

Critics, however, say these support staff are needed now more than ever.

School superintendents who spoke with Great West Newspapers Monday said they were caught off guard by the announcement, notified minutes before the funding adjustment was made public.

School boards are being asked to cut 14 per cent from their base instructional grant and half of their transportation grant.

Canadian Union of Public Employees president Rory Gill said this could mean the loss of 20,000 educational assistants, bus drivers and other support staff.

“This came after weeks of planning by our staff to ensure that a remote educational program could be delivered through the remainder of the year with the supports we had in place, that included educational assistants and bus drivers," said Prairie Rose School Division superintendent Roger Clarke.

In that school division, educational assistants and bus drivers were delivering course packs to students unable to access programming online and delivering meal kits to students on their food program, ensuring students don’t go hungry while the schools are closed.

Advocates warn these cuts also come at the direct expense of students with disabilities and their families.

“With every cut, directly or indirectly, it is going to impact especially those children who are struggling," said Toby Rabinovitz, executive director of the Learning Disabilities Association of Alberta.

There are nearly 25,000 students currently coded as special needs in Alberta's school systems. As teachers work to make lesson plans available outside of the classroom, Rabinovitz said educational assistants are an integral part of ensuring students with disabilities or other unique challenges can access those educational tools too.

She said without these additional supports, students with disabilities who were once thriving will fall behind, harming not only their academic ambitions but their sense of self-worth.

“They’re just going to fall right back down,” Rabinovitz said. “It impacts the confidence of kids to move forward. The actual impact on kids in the longer term is going to be tough. This is a very significant decision – I question whether it was thought through at all.”

Trish Bowman, chief executive officer for Inclusion Alberta, said she questions whether there was any meaningful consultation or consideration of the impact this decision would have on students with disabilities and their families.

“You’re taking one more thing away,” Bowman said. “Families are already just scrambling to figure out how to make things work, and so this is a real hit. I think it will fuel their fear and make them feel like people don’t understand. I’m not sure they feel this government is there for them right now.”

Some educational assistants have been reaching out to families daily since the schools were closed, Bowman said, offering academic and personal support to families with students with complex needs during a time of great disruption.

Bowman said these cuts send a message to families of students with special needs that their children’s education doesn’t matter.

“They are going to suffer if they can’t participate,” Bowman said.

It will be up to the school boards to strike a balance between the need for austerity in the face of deep economic uncertainty and supporting their students and staff in a time of crisis.

Administrators expect to know where staff reductions will have to be made in the coming days, but Brodziak said no decision to cut school staff can be undertaken lightly.