“It might not be something you see or are aware of being residents and part of our community, but it is a part of Cochrane’s story,” said Tara McFadden, fund development and public relations officer with Big Hill Haven Women’s Shelter
Aug 1, 2020 3:00 PM By: Tyler Klinkhammer 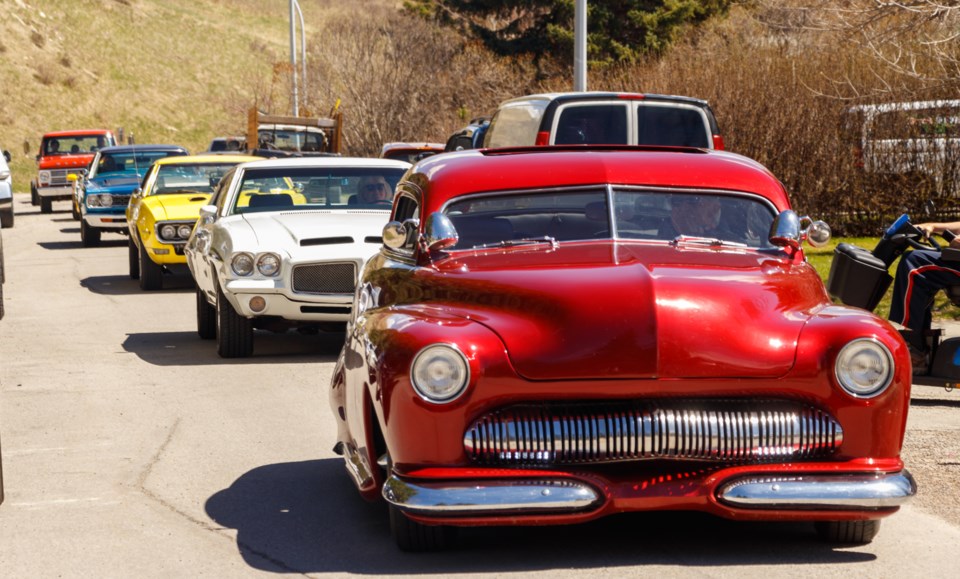 COCHRANE— Cruise Cochrane and Royal LePage realtors are coming together once again for a fundraising drive for Big Hill Haven Women’s Shelter.

The Cruise-4-Her charity drive will aim to bring together car enthusiasts of all types to cruise from Cochrane, through the Highwood Pass, and wrap up in Black Diamond.

Gear heads and car enthusiasts are invited to bring along their hot rods, muscle cars, custom cars and trucks to the event which is scheduled to roll out on August 15 at 10 a.m.

“There’s a real need out there,” said Tara McFadden, fund development and public relations officer with Big Hill Haven Women’s Shelter. “The Cochrane RCMP Spousal Abuse Report indicated over 550 spousal abuse-related incidents in 2019. In that year our part-time outreach worker… was able to help 90 clients just part-time. We need to do more than part-time to be there.”

Those reports represent a 14 per cent increase in domestic violence reports from the previous year.

McFadden also noted that Cochrane and Area Victim Services released a report, covering the time period of January 1 to June 4, which included 470 new files, 190 of which were domestic violence-related.

McFadden said donations like these are helping Big Hill Haven to move towards its goal of being “part of the solution when we’re needed.”

The goal of the fundraiser is to raise $15,000. Big Hill Haven Women’s Shelter, Royal LePage, and Cruise Cochrane are still looking for sponsors for the event and asking for donations.

During the era of COVID-19, McFadden said, fundraising has become harder than ever, and Big Hill Haven Women’s Shelter is doing its best to adapt to the situation.

“You either have to get creative or it’s really impossible,” she said. “It’s really great to see great causes like the Ride-4-Her motorbike ride coming out, and now the Cruise-4-Her, and Cruise Cochrane stepping up to be part of creating an event and a good time that helps raise awareness for the need and helps us fundraise.”

The Ride-4-Her charity motorcycle ride raised $7,800 for the shelter in June.

Jim Messner of Cruise Cochrane said that “domestic violence is something none of us want to think about, but domestic violence cases have skyrocketed, expecting to rise 30 to 50 per cent. Many women and children have no place to go, no safety net. Big Hill Haven fills this void. When we heard the call for help we decided we had to do something.”

A departure destination has not yet been announced.

For registration information or updates regarding the event, follow Cruz4Her on Facebook, or email Jim Messner at cruisecochrane@gmail.com.