Anyone that was in the Black Rock Mountain area in Don Getty Wildland Provincial Park between Aug. 30-Sept. 4 is asked to contact Alberta Wildfire to assist with the investigation
Sep 14, 2020 5:00 PM By: Tanya Foubert 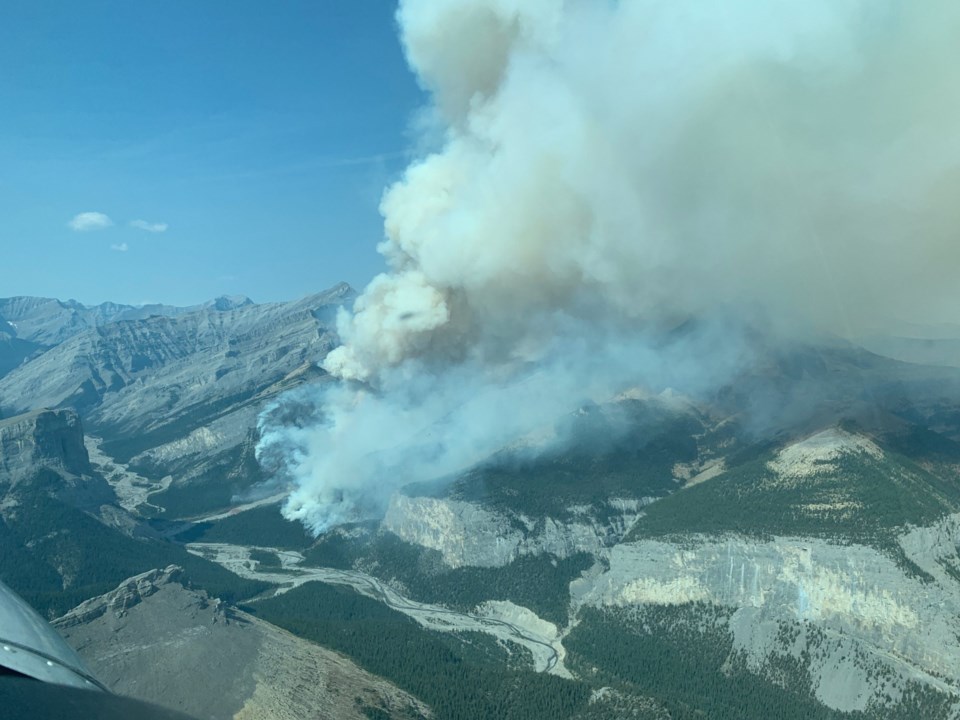 BIGHORN – A wildfire in the Ghost wilderness area that placed parts of the Bow Valley under an emergency alert earlier this month was caused by an abandoned campfire.

Provincial information officer Melissa Story with Alberta Wildfire said the fire was classified as under control on Sunday (Sept. 13).

"It is 697 hectares in size and we still have resources working on it," Story said. "There are 23 firefighters and three helicopters as of today [Monday, Sept. 14] working on it."

She said the investigation into the wildfire determined it was caused by an abandoned campfire.

A member of the public reported the wildfire on Sept. 4, which saw crews respond to the area near Black Rock Mountain in Don Getty Wildland Provincial Park. The area is within the MD of Bighorn and along the eastern edge of Banff National Park near Lake Minnewanka.

Over the Labour Day long weekend, as many as four helicopters, an air tanker and 26 firefighters fought the blaze. It grew to 646 hectares in size, in part due to aerial ignition to conduct fuel modification to prevent the fire from expanding further.

Investigators are working with RCMP to identify anyone who may have been in the area between Aug. 30 and Sept. 4.

The fine for failing to extinguish a campfire ranges from $600 to $840. The fine for an abandoned campfire is $600.

Call 310-FIRE (3473) to report a wildfire. Go to albertafirebans.ca for the most up-to-date fire ban information.

In order to ensure a campfire is fully extinguished: let it burn down first then spread the embers within the pit, add water or loose dirt and stir. Expose materials that may still be burning and add more water and stir again until there is no more smoke or steam.

Officials recommend against burying a campfire, as it can smolder and re-emerge as a wildfire. Once fully extinguished, should not be any heat felt from the ashes at all.