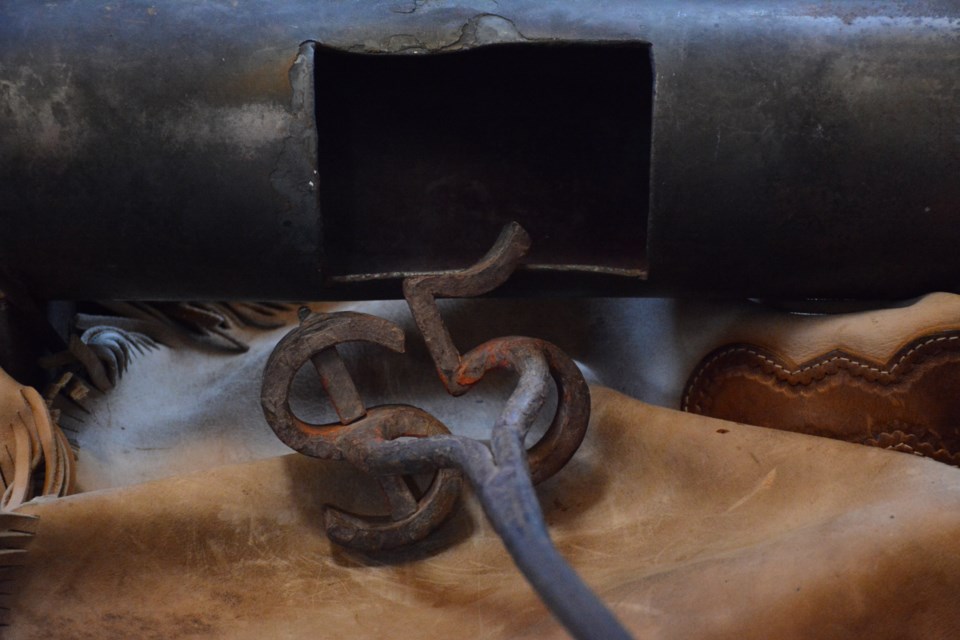 This week, back to a brand selection I go. The brand behind Donald and Marjorie McEachen.

In 1887 Donald McEachen arrived in Alberta from South Uist, an island chain off the west coast of Scotland. Donald must have had a knack for picking beautiful places as he would land in Grand Valley. He purchased land on the south side of the Wildcat Hills Road between Beaupre Creek Road and Grand Valley Road. He found beauty in the slopes and hills and had plenty of grazing, rich farmland, at the time.

Donald was known as hard working, honest and warm hearted. He was said to be strict when he needed to be and lead by example as those around him greatly respected him. The following year his sister Jessie would land in Grand Valley with a friend, Marjorie McDonald. It didn't take long for Donald to attract Marjorie and they were married within a year.

Marjorie was known as strong, capable, and one of the most hospitable woman around. She had sheep and would make socks and underwear for her family. This, among being a wonderful homemaker who won first place fifteen years in a row for her delicious butter.

The pair built a comfortable home on their land and enjoyed dancing so much that they dedicated the upper floor of a farm building on their property to a dance hall.

Together the McEachens' had five children. Jim was known as the quiet, funny one who was good at fixing just about anything. Flora took after her mother and was great at making butter and baked goods. Jessie unfortunately passed away at just two-and-a-half-years-old leaving the family with heavy hearts.

Katie always stayed close to home and took after her mother by becoming a wonderful cook. Henry was great with horses and caused his parents plenty of grief when he enlisted in the First World War in the 10th Battalion. Henry was away from 1915 to 1919 until he returned home, unscathed.

In 1900 Donald McEachen registered a brand for horses that was placed on the right thigh. In the brand book it is unclear if there was more to the brand than just the number five due to its rough scanned image. The McEachens' then registered a brand in 1919 for cattle and it was read as dollar sign five so this could be what their previous brand was, but again it is unclear.

In the 1937 brand book the dollar sign five brand was registered under Marjorie even though she passed away in 1934. Perhaps her children renewed the brand after her and her husband passed. Donald passed away on March 31, 1930 and Marjorie wasn't too far behind him, passing away on October 25, 1934.

A verse of song written by Andrew Garson, Flora's husband for Donald and Marjorie's dance festivities goes as follows:

T'was lately on a Friday night

Just now about a week ago

When to Donald McEachen ranch

To dance we all did go.

As he did give this social dance

For now it is over twenty years

Since this man here did locate.