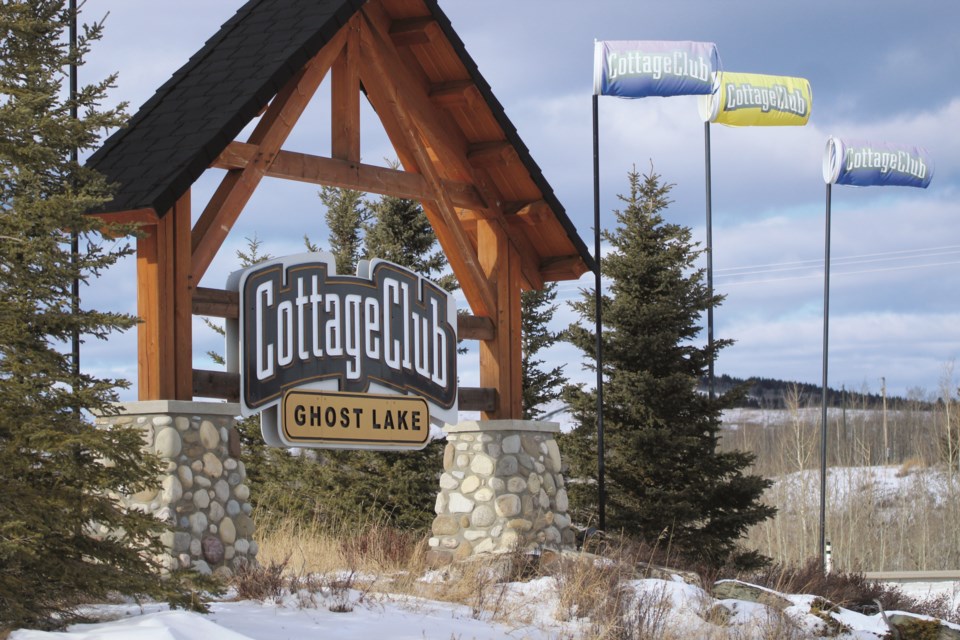 “I think this is a project that has a really interesting history,” said Area Coun. Crystal Kissel. “They started out as one thing, and what happened is, our communities are evolving.”

During a regular meeting Jan. 28, council granted unanimous second and third reading to amendments to the Cottage Club Ghost Lake Conceptual Scheme, along with a Direct Control (DC) bylaw amendment.

In her motion to approve the amendments, Kissel said she felt the changes were needed to support the CottageClub at Ghost Lake as it moved forward.

“We want all communities in RVC to be successful,” she said.

By way of background, planner Johnson Kwan noted the conceptual scheme was originally adopted in 2008 to provide a framework for a seasonal, recreation-based community located adjacent to the Ghost Lake Reservoir. One of its objectives was to discourage permanent occupancy through design and availability of limited infrastructure.

Randy Sieban with Lamont Land – which oversees CottageClub at Ghost Lake ­­– said the changes were necessary to help the community continue to develop, and added there is no desire to turn the club into a full-time village.

“It’s a bare land strata today,” he said. “There’s no intention of ever looking to change that incorporated status in any way to make RVC responsible for any of the infrastructure.”

The proposal was widely welcomed by landowners in the area – of 80 responses received by the County, Kwan noted, only four were in opposition.

At the public hearing, Klaus Kiefer was the sole person to voice opposition to the amendments. Kiefer contended the long-term implications of the changes had not been considered, and worried the infrastructure and facilities in the community would be “so stressed.” He further argued the amendments were unfair to early buyers in the area.

“I bought the place under certain conditions,” he said.

Sieban countered that the club’s infrastructure was designed to accommodate “350 cabins, with everybody in them, on the busiest weekend of the year.” So far, he added, only 170 cabins have been built.