Austin Mullins is the confirmed candidate for the Green Party of Canada, readying to run in the federal election this fall.
Jun 12, 2019 8:13 AM By: Lindsay Seewalt 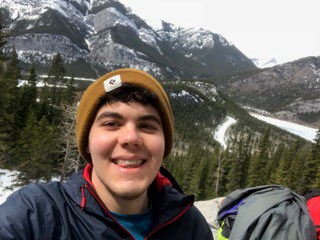 Austin Mullins of Canmore is the confirmed candidate for the Banff-Airdrie federal riding under the Green Party banner.

Austin Mullins is the confirmed candidate for the Green Party of Canada, readying to run in the federal election this fall.

A 21-year-old barista living in Canmore and hailing from Ontario, the uncontested Mullins said he fell in line with the Green Party when he learned of its stance on electoral reform – more proportional representation – as well as its climate action plan.

"There are six values we all abide by ... they all align with who I am," said Mullins, explaining that the global values of ecological wisdom, social justice, participatory democracy, non-violence, sustainability and respect for diversity.

He sees climate change as a heightened issue for the entire riding, criticizing the Conservative Party for not having a firm climate action plan – a plan that leader Andrew Scheer has advised will be revealed ahead of the federal election.

Mullins said while he understand that incumbent Conservative MP Blake Richards has been popular in the riding, he thinks the three-term MP has left Banff/Canmore to the "wayside" – especially when it comes to issues such as affordable housing.

"I don't think that voice gets represented federally," said Mullins, adding that housing affordability has been a personal barrier for him and he would like to see solutions to help keep low-income earners in their homes of Canmore and Banff.

His vie for politics has not been on whim, either. Mullins said ever since he can remember he always aspired to enter the political realm.

"When you ask little kids what they want to be when they grow up – my answer was always Prime Minister," laughed Mullins.

With a financial agent now in place, Mullins is hoping to fill out his volunteer base and will connect with the constituency largely through door-knocking.

Join him this Saturday, June 15 at 10 a.m. for a Trailhead Hall and Hike, beginning at Grassi Lakes Trail in Canmore. He will hold these hall and hikes every second Saturday at different trails spanning the riding.

Learn more about the Green Party at greenparty.ca.