“In preparation for Stage Two of our relaunch now is an opportune time to expand testing to get a full understating of the presence of COVID-19 in our population.”
May 29, 2020 5:00 PM By: Chelsea Kemp 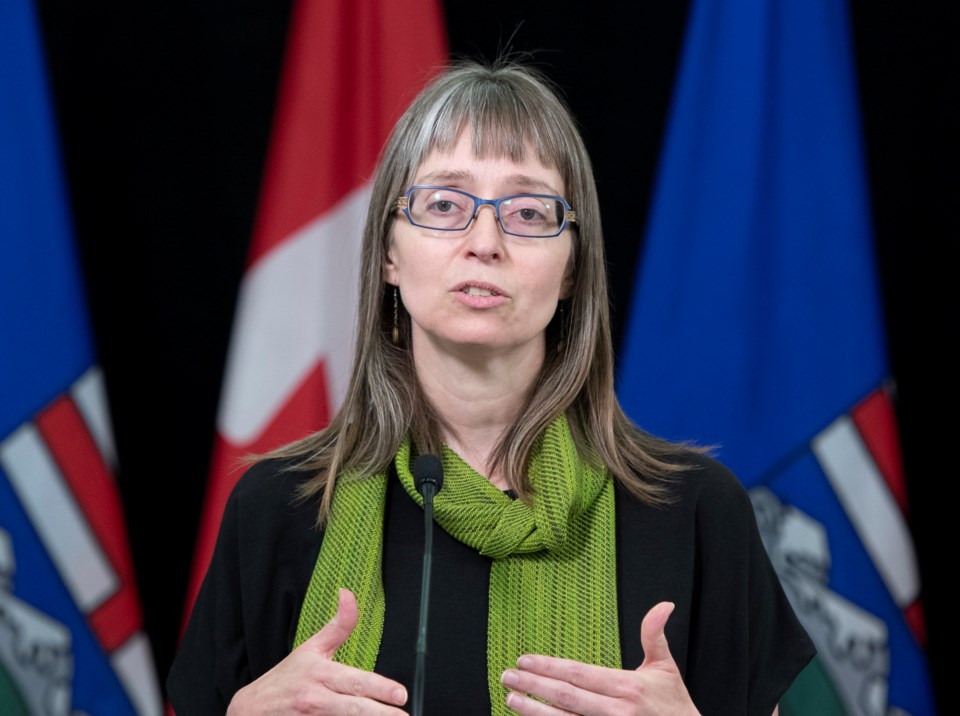 Alberta’s chief medical officer of health Dr. Deena Hinshaw provided an update, from Edmonton on Friday, May 29, 2020, on COVID-19 and the ongoing work to protect public health. (photography by Chris Schwarz/Government of Alberta)

ALBERTA— The province announced Friday (May 29) that COVID-19 testing will be made available to all Albertans.

The province's Chief Medical Officer of Health Dr. Deena Hinshaw said expanded eligibility for COVID-19 testing will aid in the Alberta Economic Relaunch. She noted that testing will be critical in contract tracing of the virus and help Public Health in understating areas of concern in the province.

“Strategic testing is essential to Alberta’s relaunch,” Hinshaw said. “In preparation for Stage Two of our relaunch now is an opportune time to expand testing to get a full understating of the presence of COVID-19 in our population.”

Hinshaw said anyone who wants a test will have access, but priority will be given to those who are symptomatic or have had close contact with a COVID-19 case. Testing can be arranged online. There is no restriction on the frequency of which people can access testing.

Provincial labs have completed more than 250,000 COVID-19 tests to date in Alberta.

She noted the expansion of testing is not likely to result in a large increase in identified cases but will aid in population surveillance to better allow the province to understand the presence of the virus in communities.

“It will give us really good information as we prepare for Stage Two of relaunch."

Hinshaw said there are currently 616 active cases of the virus in the province, 24 of which are new.

To date, 6,220 Albertans have recovered from the virus, and no new deaths have been reported. A total of 143 people have died due to the virus.

Currently, 55 people have been hospitalized due to COVID-19, four of whom have been admitted to intensive care units.

Hospitalizations in the province have slightly increased in the last few days, Hinshaw said but noted that as of now there has not been an uptick in the total number of COVID-19 cases in the province. These numbers will play a critical role in the timing of the Alberta Economic Relaunch stages.

“We will continue to watch both total cases and hospitalizations and cases closely. But, at this point I don’t anticipate what’s happened in the last few days would change our discussions regarding relaunch,” Hinshaw said. “If the situation changes that will always be factored into decisions going forward.”

The date of Stage Two of the Alberta Economic Relaunch will be discussed next week, she said, adding that a final decision has yet to been made.

She noted that the province is considering if the date of Stage Two can begin earlier than anticipated.

“Given the low new cases numbers that we’ve been seeing, the really encouraging results from Stage One relaunch that we are considering if we can advance the date of Stage Two,” Hinshaw said.