“Any community has its unique story. Where it was, the people that were here, how the area was enjoyed by generations … the intersection of the land and the people. It was important to capture that and not lose, particularly the accuracy, the history of the community.”
Nov 1, 2020 3:00 PM By: Tyler Klinkhammer 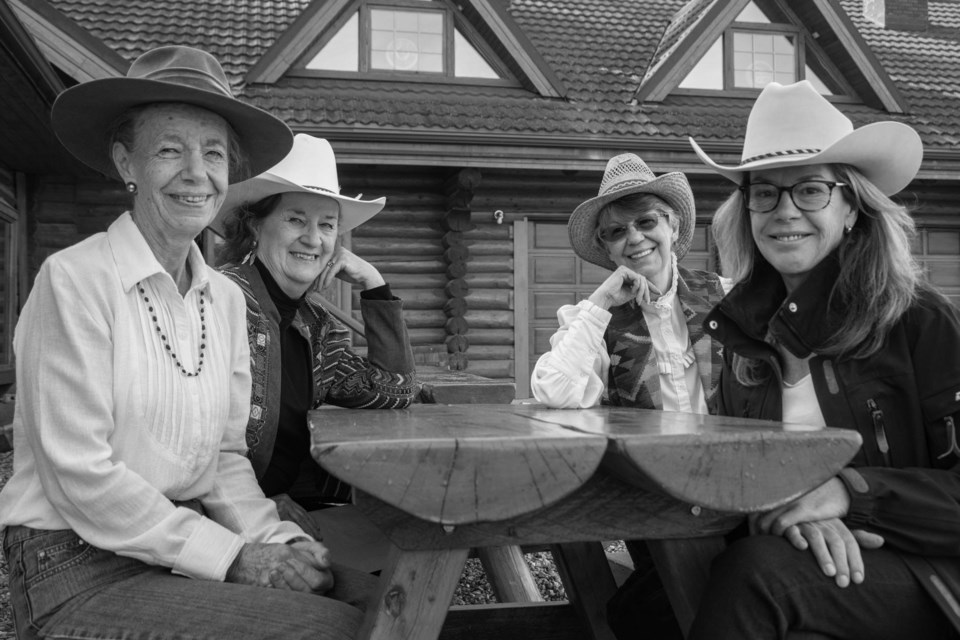 BRAGG CREEK— After four years of diligent hard work on a book detailing the history of the hamlet of Bragg Creek, The Bragg Creek and Greater Area Historical Society is finally seeing the fruits of its labour.

Bragg Creek: Stories of Our Past is the culmination of work from three major contributors Barbara Teghtmeyer, Marie Nylund and Judie Norman, along with lead author Michele McDonald and submissions of stories from the Bragg Creek community.

Teghtmeyer, she said, is an authority on local history whose family has run a business in the community for generations, Nylund, whose family are well-known homesteaders in the province, captured the history of the Ya-Ha Tinda Ranch and contributed some other written pieces to the book and Norman's family the Bapties have been present in the community since the late 40s after purchasing the Last Break Ranch from Tom Fullerton— another homesteader.

McDonald said she began by writing stories in the monthly newsletter High County News, as well as updating stories published by Teghtmeyer.

In the 90s Teghtmeyer published a number of stories about long-standing local businesses that were still in operation in the area.

McDonald said her writing was well-received by the community, which prompted her to dig a little deeper into the stories of the community.

“I started doing the heavier research and really getting into the different themes and pieces of information that I thought people would be interested in,” she said.

McDonald said there had been a previous book written in the mid-70s which was more of a dedication to the pioneering families that settled the region.

“That was the last time anything was published,” she said. “People would sometimes use history for promotional means— Businesses and that, but that was when you started to get stories that were starting to take a divergence from the actual truth.”

She mentioned the myth of Colonel Bragg and the site that claimed to be the location of North America’s first youth hostel.

The actual location of the first youth hostel is now marked by a bronze plaque thanks to a partnership between the Bragg Creek Historic Society and Parks Canada, and the myth of colonel Bragg has been disproven.

People started to request the stories be compiled and available in hard-copy, McDonald said.

Because the history of the settlers of the region had been done previously, the book takes a look at the history of Bragg Creek through the lens of people, places and landmarks, she said.

It covers a litany of tales from the region, from the settling of the first youth hostel in North America to Richard “Cheech” Marin’s brief stay in the community in the late 60s.

It details how the small community shifted from an area of commerce to a recreational hub for Calgarians on their way to the mountains in the 1920s, and even more so after the Second World War.

“It kind of moves away from the homestead era and takes in sort of what’s happened since,” she said.

Bragg Creek has undergone a unique metamorphosis over time, with a cast of colourful characters that have shaped the region into what it is now.

Bragg Creek: Stories of Our Past is an attempt to capture that experience, she said.

“Any community has its unique story. Where it was, the people that were here, how the area was enjoyed by generations … The intersection of the land and the people,” she said. “It was important to capture that and not lose, particularly the accuracy, the history of the community.”

Bragg Creek: Stories of Our Past will be available Dec. 1 at the Bragg Creek Trading Post. The book is currently available for presale.