A familiar face in Cochrane has been recognized for her contributions in the community.
Oct 15, 2019 12:44 PM By: Cathi Arola 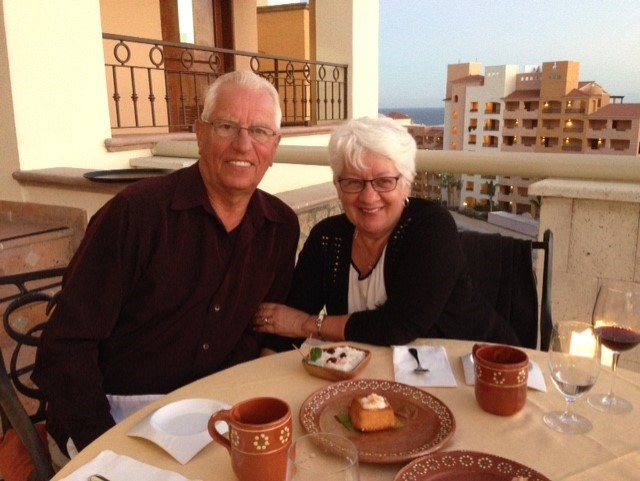 Maureen Vink and her husband Arie.

Every Monday, Cochrane Today will recognize a member of the community who has soared to new heights as a person or group who demonstrates the character of the mighty eagle.

This week, we are pleased to bring you Maureen Vink.

A familiar face in Cochrane has been recognized for her contributions to the community.

Vink, a long-time volunteer, was announced as a finalist for the Alberta Continuing Care Association’s Award of Excellence. The award recognizes exceptional care and innovation in four categories: Care Provider of the Year, Volunteer of the Year, Innovator of the Year and Lifetime Achievement.

Vink was nominated for the Volunteer of the Year award and will learn her fate when she attends a gala reception in Red Deer on October 24.

“It was such a surprise,” Vink said from her home on Monday.

“It’s such an honour to be honoured in the first place. It’s really special to be able to share that with people.”

Vink has been the chair of the Bethany Family Council for the past six years. Her time at Bethany Cochrane began when her mother lived there as a resident. Her mother passed away last year at the age of 103. Her mother appreciated and understood the value of passionate volunteers at the care facility.

“She said to me I’m going to make you promise that even when I’m gone you will volunteer,” Vink said.

“It was cute that she still wanted me to help out because she knew how important it was.”

Vink has since worked with a tight-knit, dedicated group of about 10-12 volunteers. The team has improved the residents’ seating areas, installed gazebos, and erected a massive mural that depicts a rolling hillside from Highway 22 south of Bragg Creek. She explains that her and her crew made a home for the residents. Many residents were ranchers in the Cochrane area. Now they can feel at home at Bethany.

Vink also works as an advocate for residents and bridges any gap that might exist between residents, their families and Bethany’s administration team.

She also spearheads fundraising efforts for the facility and residents. In the last six years Vink, and her crew, have raised more than $165,000.

“We have a whole lot of fun doing it. The community is really, really supportive,” she said of their fundraising exploits.

Vink is humbled by the opportunity to take home such a distinguished award. She is quick to say that the award should be a shared achievement.

“I really appreciate that, but it’s not just me. It’s the Cochrane Bethany Family Council and the administration and the Bethany Foundation,” Vink said. She says the award should be jointly received.

For more information about the award visit: http://www.accaiq.com/acca-awards-of-excellence

If you know of someone deserving of recognition, please email editor Cathi Arola at: carola@cochrane.greatwest.ca