The Town of Cochrane has received confirmation from Brian Mason, minister of transportation, that the interchange project at highways 1A/22 will be fully funded in the spring 2019 and that shovels will hit the ground by this time next year.
0
Oct 4, 2018 1:00 AM By: Lindsay Seewalt 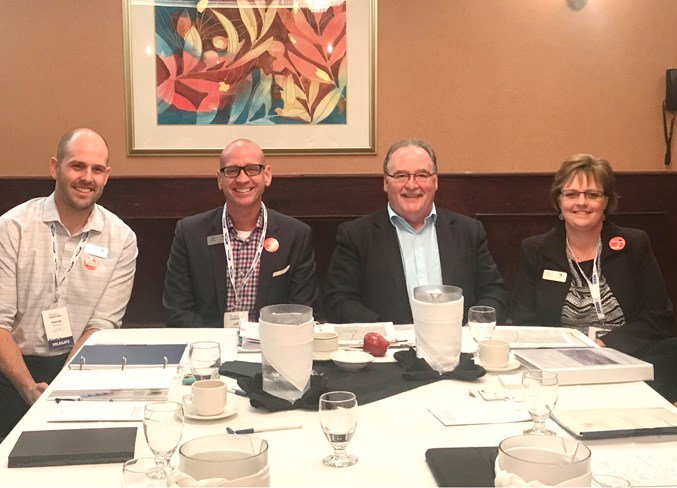 The Town of Cochrane has received confirmation from Brian Mason, minister of transportation, that the interchange project at highways 1A/22 will be fully funded in the spring 2019 and that shovels will hit the ground by this time next year. “We received confirmation on funding for both the design and construction and it is planned to be underway for the fall of 2019,” said Mayor Jeff Genung, touting the Alberta Urban Municipalities Conference (AUMA) he attended last week as “the best one yet.” Genung and council met with Mason and learned that the minister is looking to retire soon and would welcome the opportunity to attend a sod-turning ceremony to culminate the project some three decades in the making. Land acquisition, environmental approvals and utility relocation will need to take place ahead of construction. Speculation has loomed over whether or not the project would actually see capital funding, as Mason and the NDP delivered the celebratory funding announcement in the spring of 2017 and yet the 2018 spring budget included no capital funding. At the same time, Genung said the town is looking for solutions to address additional infrastructure needs in town to help traffic flows, including the intersections at Fifth Avenue and Centre Avenue as they link to Highway 1A. As per the changes made last year to the Municipal Government Act, the town has included these projects to “What I’m trying to work on is what can we do in the interim,” said Genung, confirming that the long-term solution is twinning Highway 1A through to the top of the hill to GlenEagles, but that this is not in the near future. A more immediate solution that would tie in with the future twinning would be to rid that corridor of lights and to install roundabouts at those intersections to aid traffic flows. The town’s infrastructure group will be working with Alberta Transportation in the coming months on possible solutions. Although the project design is not final, Highway 1A will go under Highway 22 and there will be a roundabout on either side that act as on/off ramps. Genung said the project is “one of a kind” and challenging due to the proximity to the railway tracks. While the interchange project has been on the provincial capital sight lines for years, the project comes with a preliminary budget of $50 million and climbing and has been clawed back in previous years due to a lack of capital funding or change in government. Mayor, council and administration also met with Minister Lori Sigurdson of Seniors and Housing to talk about a future home for local subsidized seniors housing complex Big Hill Lodge. They also met with Minister Irfan Sabir of Community and Social Services. The Cochrane officials also met with Minister Sarah Hoffman of Health (also deputy premier) to discuss pressures on ambulance services and the growing need for 24-hour urgent care. Genung said there are plans by the province to enhance care services in the community and address patient transfer solutions to take pressures off ambulances. Coun. Tara McFadden was unsuccessful in her campaign against incumbent Okotoks Coun. Tanya Thorn for the position of Director of Towns South for the AUMA board. Genung said the team had fun rallying around McFadden and team building during the Red Deer conference held last week.