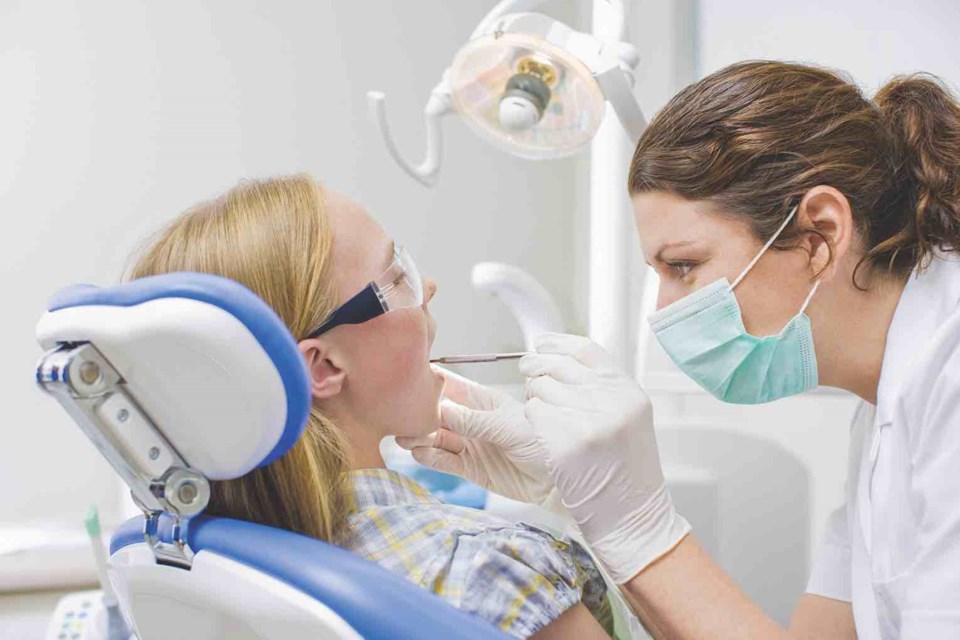 A trip to the dentists might be an intimidating prospect right now, but putting off your checkup could lead to more serious problems. File Photo.

COCHRANE— COVID-19 has caused trepidation in many who have to venture out in public for even seemingly trivial tasks, like going to the grocers, or getting a haircut.

For many, the prospect of going to the dentist to have someone poke around in your mouth is a cause for high levels of pandemic-related anxiety.

Oral health, however, is an area of health that should not be ignored.

Oral health has been linked to many different issues and systems in the body, he said, and the delays in treatment caused by the COVID-19 pandemic started to become concerning to him and some of his colleagues.

“There has been a lot of research that has concluded that there are a lot of ties between systemic conditions, you know, cardiovascular health … That are tied to oral health,” he said. “There were a lot of issues that started creeping up when we couldn’t see the patients, we could only medicate them over the phone.”

During the eight-week shutdown, dentists were unable to see patients but could still conduct over-the-phone consultations and provide treatments like antibiotics or pain medications.

“There were ones where patients had been on antibiotics for far longer than we would ever want them to, and when you’re on those medications for a long-term, G.I., gastrointestinal issues, start to happen, among others. We needed to get back and fortunately, Alberta did let us go back,” he said.

The feeling among some of his colleagues was some of the patients could be at risk of requiring more serious intervention if appointments continued to be put off until a later date.

“It was starting to be a concern, talking among my colleagues, that something simple like a dental toothache was turning out to be a much bigger issue,” he said.

Ziegenhagel said the increased measures at Dr. Ziegenhagel and Associates Family Dentistry, have increased significantly since the pandemic began.

Some of the other changes include longer appointments and breaks in the schedule to allow time for the enhanced cleaning measures and reducing patient overlap.

Both the patients and the staff have pre-appointment and pre-shift screenings they must complete before attending the clinic as well, Zeighagel said.

He said the office has added air filtration systems that he expects to remain a permanent fixture in the office, but thinks some of the more inconvenient measures might be discarded once the pandemic is over.

“Some will stay, I probably hope some don’t. When the summer is hitting and the sun is coming through and we’re wearing extended gowns and masks, and stuff like that, it’s very uncomfortable. The N95 masks are difficult to breathe in on a day to day-to-day basis,” he said. “I think some things will stay for sure.”

Ziegenhagel said many of his patients have expressed anxiety over a trip to the dentists, but are reassured when they see the precautions being taken to protect them.

"For our office, there has definitely been an increase in patients who are apprehensive to come in. We’ve been very fortunate, with all of the changes we’ve done, a lot of the patients comment on how much they appreciate the extra work and the extra diligence that has been put into things. Their mind is being put to ease,” he said. “When they come in and they see everything like that … There’s really no concerns once they’ve seen the additional protocols.”

Many of the measures are inconvenient and uncomfortable to maintain, Ziegenhagel said, but his staff has been terrific in the way they have dealt with the situation.

Ziegenhagel said he wanted to encourage people to make sure their oral health needs are being taken care of, and if you have any questions, fears or concerns, to reach out to their dentist to learn more about the precautions.

“I know they’re doing everything they can you keep themselves, their patients and their staff as healthy as possible.”