An enterprising community member of the Stoney Nakoda First Nation can now add one more thing to her list of accomplishments.
0
Nov 8, 2018 1:00 AM By: Amy Tucker 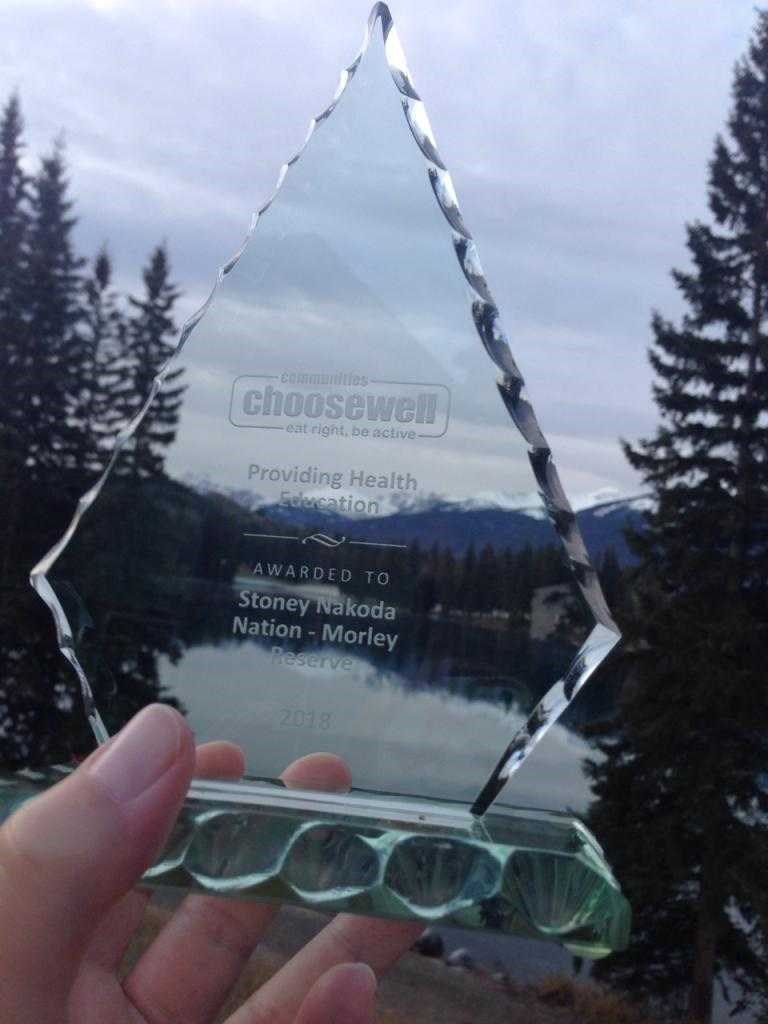 An enterprising community member of the Stoney Nakoda First Nation can now add one more thing to her list of accomplishments. Tasina Pope has been a catalyst behind various projects in Morley including bringing an inexpensive fresh fruit market to town and creating healthy talking circles. Last week, she helped her community win a 2018 ChooseWell Healthy Community Award in the health education category. Among the recipients were the Boys and Girls Clubs of Calgary, Siksika Nation and Wood Buffalo. Earlier in the summer, Pope had proposed “Stoney Adventures,” a summer program on behalf of Stoney Education Authority, which would help Stoney youth become more physically active while gaining leadership experience and high school credit. “I felt like our youth deserved this opportunity to be showcased ... not a lot of our youth are misguided or operate in a negative manner,” Pope said. “There are so many amazing and talented youth in my Nation that just need that opportunity to be exposed in a positive direction.” Pope said the program also aimed to revitalize Indigenous games on the reserve while contributing to the student’s quality of health and well-being and to continue social cohesion among youth on all three Stoney Nakoda reserves. Through the proposal, Pope connected with the Alberta Teachers Association’s health and physical education council’s project, Ever Active Schools. “They were able to bring in over 500 games to our Nation,” Pope said. “On top of that, there were many opportunities where the youth took advantage of training, outdoor experiences and that was just a small stepping stone.” The project provided accessible after-school and seasonal sports and physical activities for the youth in the Stoney Nakoda Communities including on-reserve students within the Stoney Education Authority (S.E.A.) and off-reserve students attending surrounding school districts (Canmore, Cochrane, Longview, and Rocky Mountain House) to have opportunities to engage in physical and creative literacy within S.E.A. facilities. Youth in the program also had the opportunity to participate in a week-long University of Calgary course, Native Ambassador Post-Secondary Initiatives (N.A.P.I.) Program. Pope said the program not only benefited the youth who participated but also provided a positive example to her community on how partnerships can work with non-Nation groups. “It was overcoming a lot of obstacles and I felt like this is again a stepping stone to something bigger to make people aware how collaborations can happen and can do something more beautiful.” Pope is hoping to bring the program back for a second time this summer.