Nagel getting traction on roads, traffic through petition

It’s been a week since Coun. Morgan Nagel, who is seeking re-election for a second term on town council, released a video on social media calling on Cochranites to take action against town traffic congestion.
Sep 28, 2017 12:00 AM By: Lindsay Seewalt 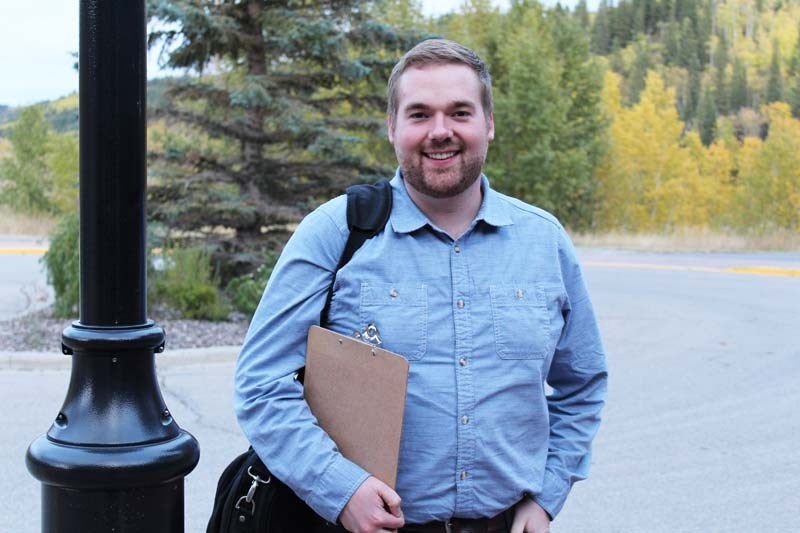 It’s been a week since Coun. Morgan Nagel, who is seeking re-election for a second term on town council, released a video on social media calling on Cochranites to take action against town traffic congestion.

The video is approaching 10,000 views and the online petition at fixtraffic.ca exceeded 500 signatures, with Nagel advocating for the town to “slow down development and fix traffic.”

“I see no further reason to continue approving more houses in Cochrane,” said Nagel, who is no stranger to taking a stand in council chambers and being the lone vote of opposition.

His approach and advocacy style is not sitting favourably with Mayor Ivan Brooker – who feels that Nagel is unfairly painting a picture that council has not done anything to address topical concerns such as traffic, the bridge and commercial and light industrial development.

“I have nothing against someone doing a petition … but he’s not being fair to the current council,” said Brooker, adding he is “proud” of his team’s work over the last four years and emphasized that this council has pushed hard for the land agreements to ensure the Bow River south bridge project moves forward and advocated to get the intersection at highways 1A and 22 on the books.

Municipal candidates Patrick Wilson and Scott Gibson-Craig were among the signatories on Nagel’s petition.

“I signed his last petition four years ago about the wave pool being too expensive and ill-timed,” said Wilson, adding that Nagel is the only councillor he feels is aligned with his views.

Wilson, whose campaign platform is tied to improvement of the interior roads network – what he feels “this council can control” – said he is receiving overwhelmingly positive feedback from the community on his ideas to make roads around the Quarry one-ways, lane reversals and better synchronization of lights.

For Gibson-Craig, putting his name on the petition is his way of showing that he is listening to what Cochranites want.

“We need to fix traffic and transportation … I believe it’s something the citizens of Cochrane have been looking for,” he said, adding that he does not want to see this priority fall down the list after the election.

Nagel said he is “not proposing to pull the plug on existing developments” and stressed that he feels the majority of residents are likely not fully aware of the number of residential units already on the books – enough to keep construction booming for years to come.

Nagel emphasized an info-graphic he has been circulating online, which is based on area structure plans, shows 3,440 homes are approved and yet to be built in Heritage Hills, Heartland and Sunset.

At the Cochrane Eagle’s all-candidates forum Tuesday night, he emphasized that since he released the video the town has already approved Southbow Landing, Precedence and Rivercrest developments – paving the way for thousands more residents to call Cochrane home.

“We need to drop this attitude that developers need to have their pay day in the next 12 to 24 months,” said Nagel, emphasizing that he does not place the blame on the “overworked” planning department, who are “inundated with too many applications.”

Nagel is advocating for the future crossing at Horsecreek Road – linking the west side of town through West Pointe and West Valley – to be explored as a future vehicle crossing and that additional traffic pressure concerns could be addressed through speed bump installations and enhanced traffic enforcement.

Brooker’s stance is to remain firm on keeping the future crossing pedestrian only. As a former West Pointe resident, he said there is already too much congestion at peak times along Quigley Drive in the school zones.