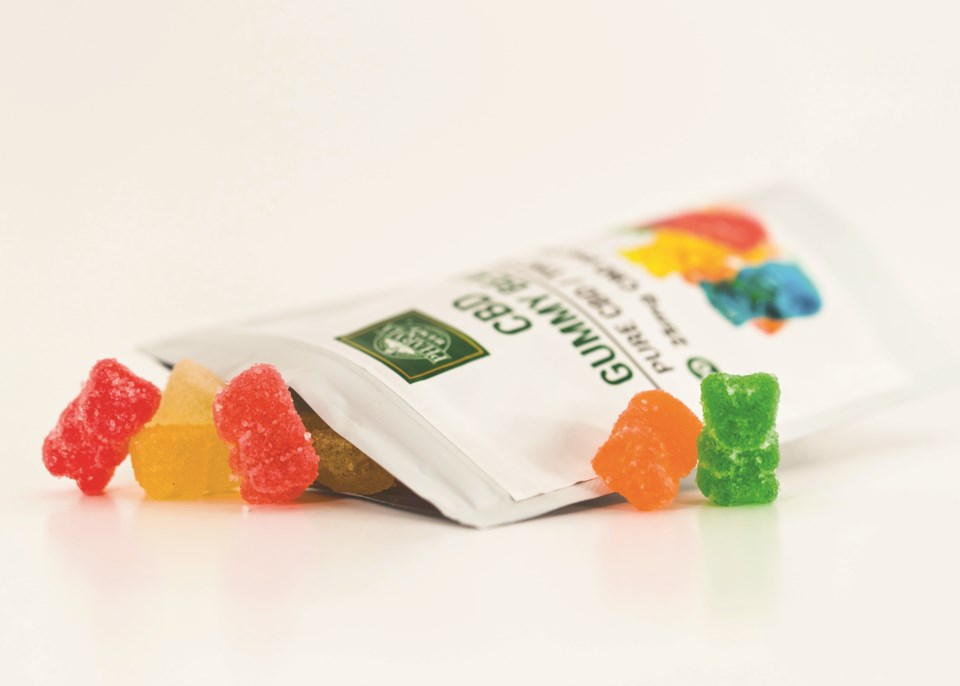 Now that cannabis stores in Alberta are carrying edible products – legalized in Canada on Oct. 17, 2019, but were not available in stores until December – Alberta Health Services (AHS) and local retailers have some advice for anyone dipping their toe in the edibles market.

“Edibles” are a term for cannabis-infused foods and beverages that are ingested, according to Plantlife Canada – the Alberta owned and operated cannabis retailer with locations in Airdrie, Chestermere and Cochrane. They come in a variety of forms, said operations manager Ian Scott, including baked products like brownies and cookies, gummies, chocolates and mints.

For anyone consuming an edible for the first time, Scott said, a good general rule is “start low and go slow.”

“If it is somebody’s first time consuming edibles, I would not come right out of the gates and consume a full 10 milligrams (mg),” he said. “If you buy a package of gummies or a chocolate bar that’s in five pieces – and each piece is two mg – I would 100 per cent suggest consuming two mg to start out with, and then see how it affects your body.”

AHS echoes this advice in its wellness article Edibles Aren’t Risk-Free, advising consumers to check the labels to find out an item’s THC content and to choose products with 2.5 mg or less, especially if you are a first-time user.

Scott said Health Canada has set the maximum amount of THC for every package of edibles at 10 mg, which makes them “a great starting point for the average person coming in the door.”  Many products, such as gummies, are portioned, meaning each individual piece has a lower THC content.

“If it was five gummies, each gummy would be two mg,” he said.

Edibles appeal to some people, Scott said, because it is a way to consume cannabis without having to smoke it.

“You have a lot of people that just don’t want to smoke,” he said. “If you’re a non-smoker…edibles are a nice option for people on that side of things.”

According to Scott, the difference between consuming an edible and smoking or vaping cannabis is its onset time.

“If you’re consuming cannabis and smoking a joint or vaping or anything like that, it’s instantaneous,” he said. “With the edible side of things, it’s a slower onset. You’re looking at anywhere from about 30 minutes to two hours until you actually feel the effects of the cannabis on your body.”

AHS places that number as high as four hours, adding impairment time can last as long as 12 or even 24 hours.

As with any other intoxicant, Scott saidm anyone consuming an edible should not operate a motor vehicle while impaired.

Consumers should also be careful to store edibles away from children, who may see them as a tasty treat without realizing they are a cannabis product.

“With anything – cannabis, alcohol or anything related on that side – you have to be very aware of where you’re consuming your product,” he said. “You want to make sure it’s out of sight [and] out of reach and, again, anyone who is consuming should be very aware when you have kids or animals in the building.”

AHS adds “there is no safe amount or form of cannabis to use while pregnant or breastfeeding,” and anyone with an existing health condition should consult their doctor before consuming an edible.