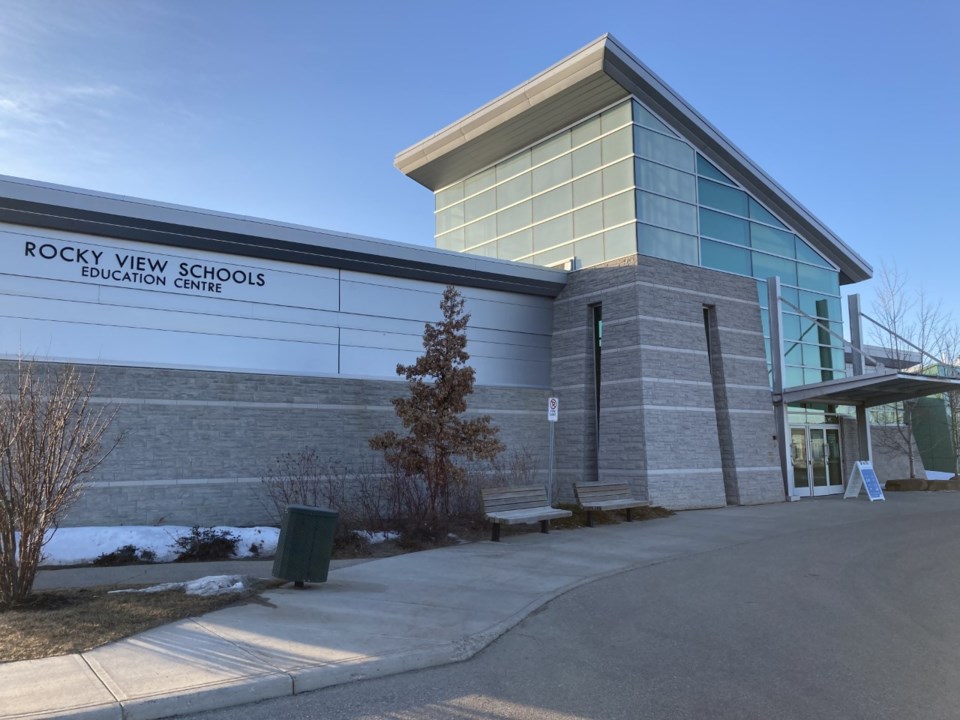 Overall, the division saw a net increase of about $1.3 million in funding, said superintendent Greg Luterbach. The school board received its funding profile update on the afternoon of March 31.

“If the funding formula was applied as written we would actually see a clawback of funding next year to reflect the reality that we didn’t reach our projection this year,” Luterbach said. “That was important for Rocky View and lots of divisions around the province because related to the pandemic lots of school divisions, their enrolment didn’t reach the level that was projected."

The funding profile is a document that helps school districts understand what they can expect to receive from Alberta Education in regards to grants for an upcoming school year.

School districts have the autonomy and authority to determine how to spend the funding provided using a budget established by the Board of Trustees.

In previous years the funding profile was considered a preliminary funding indictor because it would change based on enrolment levels when the school year begins.

The changes in enrolment due to the COVID-19 pandemic could have resulted in a $7.2 million reduction, because Rocky View Schools did not reach its projected enrolment over the 2020-21 school year.

The province held boards harmless for the drop in enrolment and these funds will not be reduced, Luterbach said.

The bulk of the funding, more than $154 million, will go toward base instruction for students. This is based on the weighted moving average of student enrolment.

“Overall, that is a slight increase in revenue by about $350,000 compared to this school year,” Luterbach said.

Service and supports, centered around specialized learning support, will see an increase of about $450,000 in comparison to last year.

School maintenance, utilities, caretaking and transportation saw a $1 million reduction in comparison to the 2020-21 school year. The provincial funding of maintenance and renewal includes an operating portion of $2.7 million and a capital portion of $2.9 million to maintain buildings.

“When all is said and done and we add up the O and M grant [operations and maintenance grant], SuperNet, that's Internet, transportation and infrastructure maintenance and renewal and the capital portion of that, all of this bucket is about a million dollars less than it was last year,” Luterbach said.

Community grants, based on the socio-economic status of a district overall in comparison to the province, are about $35,000 more this year.

A unique aspect of the funding profile is bridge funding— A pot of money that is allocated by the government for up to $1.2 million. The bridge funding serves as a transitionary pool of funding. It was established last year with the shift to the new weighted moving average funding formula.

At the time it was described as buffer funds if nuances were found in the new funding formula that could be used to fund growth in the province for two years, Luterbach said. He added the government indicated this funding will eventually be phased out.

“My take was over the next two years bridge funding would disappear. Then came a pandemic,” Luterbach said.

Any COVID-19 mitigation funds will be allocated by the federal government. It is unclear if any will be provided for the 2021-22 school year.

Luterbach said at this time no additional provincial or federal funding is anticipated.

Looking at the potential loss of $7.2 million they would face if they had not been held harmless shows the need to continue advocacy around the weighted moving average funding formula, she said.

“One of the motivations behind wanting an updated funding formula was for predictability,” Bowen said. “We need to continue with that advocacy.”

Ward 4 Trustee Norma Lang said the decoupling of the budget from the funding profiles was a concern for the board, because of the uncertainty the separation created.

It was a relief to know they will have the funds they need to serve students and communities in the coming school year.

“In the end, it looks like it didn’t mean too much and budgets we’re maintained for next year,” Lang said. “This is a good news story.”