Developers have revealed the first steps of their vision for the final area of developable land with the Town of Cochrane's borders.
Jun 14, 2019 9:17 AM By: Lindsay Seewalt 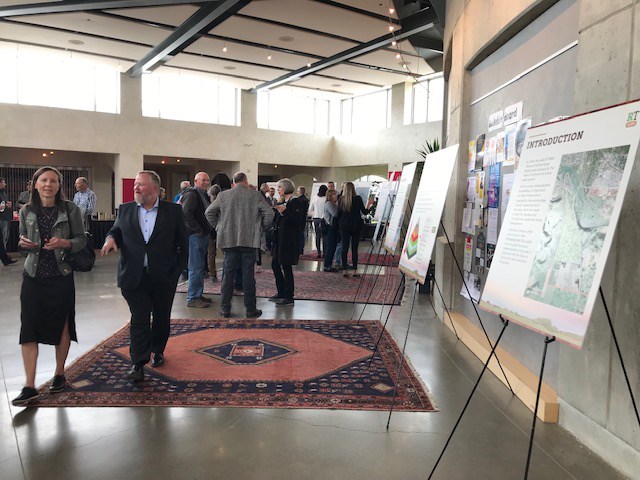 Canopy Lands have revealed their early vision for Rolling Trails, looking to include more product for seniors and wider lots – a throwback to the housing product in communities like Bow Meadows or Glenbow.

Developers have revealed the first steps of their vision for the final area of developable land within the Town of Cochrane's borders.

The Area Redevelopment Plan (ARP) for Rolling Trails was presented last Thursday (June 6), as developer Canopy Lands looks to seek public input to help shape a future development application to the town for the lands located on the south side of Cochrane known as Towers Trail and Rolling Range Estates (across Highway 22 from River Heights, north of Fireside).

These lands were annexed by the Town of Cochrane in 2004 for the purpose of future urban development. Ahead of development, an "urban overlay" plan is required through an ARP to guide any development and minimize impact to existing, adjacent residents.

The goal of the developer is to submit a draft ARP by August.

Citing Bow Meadows and Glenbow as older neighbours in Cochrane that are more aligned with Canopy's vision for the 350 acres of developable lands in Rolling Trails, Niazi said his team wants to provide a product that is not currently being offered in other, newer communities. Included in their vision are more options for seniors to age in place.

Niazi said it it too preliminary to confirm total population of the development, with full build-out not anticipated for 30 to 40 years. Phase One would accommodate an estimated 500 residents, with the first homes in around five years from now.

Brendan Walker, a Bow Ridge resident who attended the open house, is curious to see what plans could come online.

"There's been a lot of previous development in Cochrane not to everyone's liking – a lot of it (has been) fragmented," said Walker, adding that connectivity between communities has been an issue, as has been providing access to basic amenities in outlying communities – leaving residents in communities like Heartland and Heritage Hills forced to compound road congestion just to get a jug of milk.

Walker said he is "concerned about infrastructure" for Cochrane as a whole and, hailing from the UK, he has "never seen anything like this" with respect to the accelerated rate of growth in town.

The earliest stages of the development would need to meet the Town of Cochrane's density plans of eight units per acre. Niazi could not confirm a future school site at this stage. He did confirm his team would be working with Bike Cochrane to ensure pathway and bike connections and that the development would be "transit-ready."

With respect to green spaces, Niazi said that "preserving sloped areas will maintain the feeling of open spaces ... the ARP envisions a built form that respects and complements the natural features of the land. It is not envisioned to follow typical community design, but rather to take opportunities to provide unique vistas, interesting streetscapes and alternative forms of density from what is seen today."

The commercial component is envisioned to include "a mix of services" where "the area closer to the highway would be more vehicle oriented services and when you move further into the community you will find a pedestrian-oriented social hub to serve local needs and offer places to gather."

Niazi stressed that Canopy Lands is looking for unique and innovative elements for the future development and will be working with all stakeholders to help develop this vision.

Riley Weldon, planning manager for the Town of Cochrane, confirmed that the future development is in very preliminary stages.

"Administration is aware Canopy Lands has begun their initial public consultation for their future planning of Rolling Range Estates and Towers Trail," said Weldon. "There is no formal application with the town, however, Canopy Lands would like to present their community enhancement evaluation to council on July 8 for their consideration. Once this happens, we anticipate an application for an area redevelopment plan to follow sometime this summer."

Canopy Lands is a real estate management firm, formed through the partnership of Schickedanz West and Tulum Development – the developer of Cochrane North next to Monterra/Cochrane Lakes in nearby Rocky View County.