The final act of the spring concert series at The Hub Cafe & Wine will be sibling duo T. Buckley and Mariel Buckley.
0
Jun 11, 2019 3:00 PM By: Lindsay Seewalt 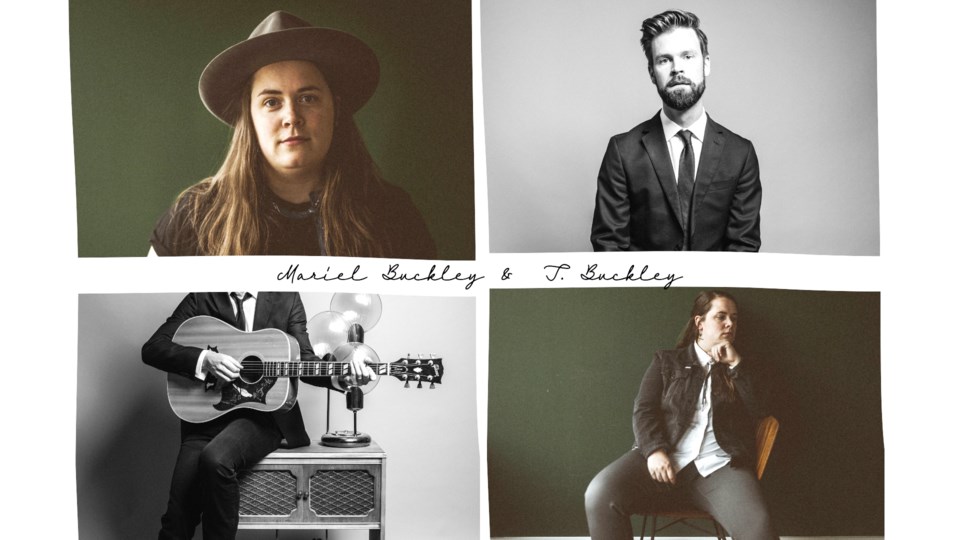 T. Buckley and Mariel Buckley join forces for a June 14 show at The Hub in Cochrane.

The final act of the spring Active Lights concert series at The Hub Cafe & Wine will be sibling duo T. (Tim) Buckley and Mariel Buckley.

While each singer/songwriter stands alone, the pair have come together to indulge audiences in a June 14 show beginning at 7 p.m. that will showcase their individual originals, as well as classic cover favourites.

"This year is the first year we've made a point of coming together and working on each others' stuff," said Tim, who played with his sister earlier this year at the Folk Alliance International Conference in Montreal, Que. "Obviously with that sibling thing you get a vocal blend you may not have to work as hard at as you would with someone else."

Tim has been seen performing around Calgary and area in a number of arrangements for the last dozen years – as a solo folks/roots singer/songwriter, with the T. Buckley Trio and in a full band format. Like most musicians, he adapts to the venue, the crowd, the room.

"Alberta is a great place for live music – there's a lot of little places to play along the way," said Tim, acknowledging that while many live music venues have shuttered their doors in the face of rising operations and dwindling crowds, there is still a vibrancy in more intimate settings with listening audiences – community halls, coffee shops, cafes and bistros and house concerts.

It's a busy summer season for both siblings, with Tim taking to stages that include the Calgary Folk Festival and Mariel embarking on a North Amercian tour of her sophomore album Driving in the Dark.

"She's really taken off these last couple of years," said Tim with a brotherly pride of his baby sister, who is six years his junior.

With Mariel's "crunchy country/roots" stylings and brother Tim's country/roots vibe, Tim said audiences should anticipated a show that is "unique and interesting" with a heavy focus on vocal harmonies.

Tickets are $20/each and area available at activelight.ca.