One Cochrane woman is encouraging people to “branch out” this holiday season. Lyndsie Barrie, team leader of the Attack of the 90’s Neon Snowsuits, wants people to start registering for the upcoming snowshoe fundraiser.
Dec 8, 2016 12:00 AM By: Jenna Dulewich 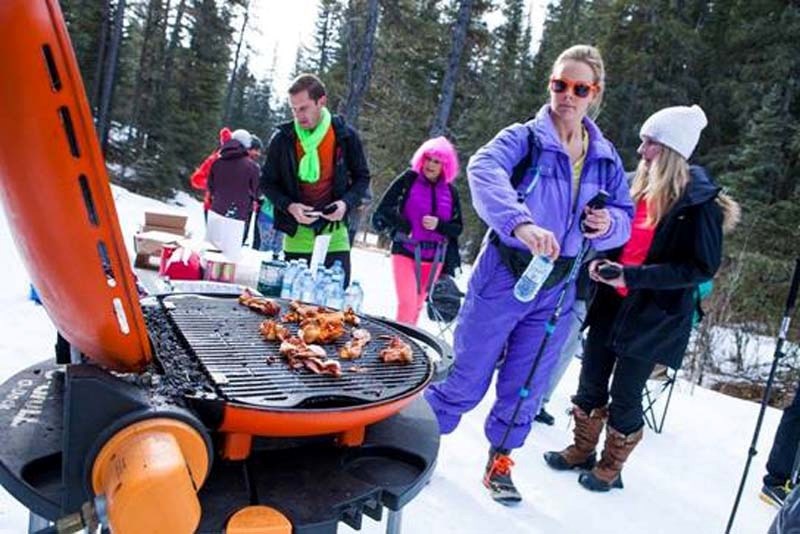 This will be the second year the 90&#8217;s Neon Snowsuits team will be fundraising to “;attack”neurological disorders by donating to Calgary&#8217;s Branch Out Neurological Foundation.

One Cochrane woman is encouraging people to “branch out” this holiday season.

Lyndsie Barrie, team leader of the Attack of the 90’s Neon Snowsuits, wants people to start registering for the upcoming snowshoe fundraiser.

“Last year, our snowshoe team experienced more fun and fulfilment than I can even begin to explain but it’s not about us – it’s about those suffering with multiple sclerosis, Parkinson’s, Lyme disease and other horrible diseases that attack the nervous system,” Barrie explained.

This will be the second year the 90’s Neon Snowsuits team will be fundraising to “attack” neurological disorders by donating to Calgary’s Branch Out Neurological Foundation.

Barrie said she was inspired to do something last year after meeting Crystal Phillips, an Olympic speedskater who suffers from multiple sclerosis and is one of the founders of the Branch Out charity.

“I speedskated when I was young and Crystal is my age – her story hit me hard. Since meeting Crystal, I’ve discovered that almost every person I know has been affected by some sort of neurological disorder,” she said.

“Those of us who are business owners see so many opportunities to give back to the community.”

In February, Barrie rounded up five other team members for her funky dressed snowshoe fundraiser and was able to donate $2,000 to the cause.

For the second annual Attack of the 90’s Neon Snowsuits, Barrie said she is “hopeful” to build a team with minimum 10 members for the Branch Out Snowshoe Tour next February – or at least “get awareness out.”

“The money it costs to register is a donation, you get a fun day of exercise and meeting new people … (and) the snowshoe tour is followed by a very, very fun after party,” Barrie said.

The Branch Out Snowshoe Tour is on Feb. 18 at the Fallentimber Meadery, located at 5543 Twp Rd 302 # 20, Cremona. Registration is required with a fundraising minimum.

For more go to branchoutfoundation.com.