"This is without a doubt the most difficult budget I've ever had to work through," said Councillor Tara McFadden said. "Usually when you're looking at a budget it's an opportunity for the community to live its dreams, to take the next step forward in building out a vision— This budget is reflecting the COVID reality. It was more about crisis management."
Nov 19, 2020 4:00 PM By: Chelsea Kemp 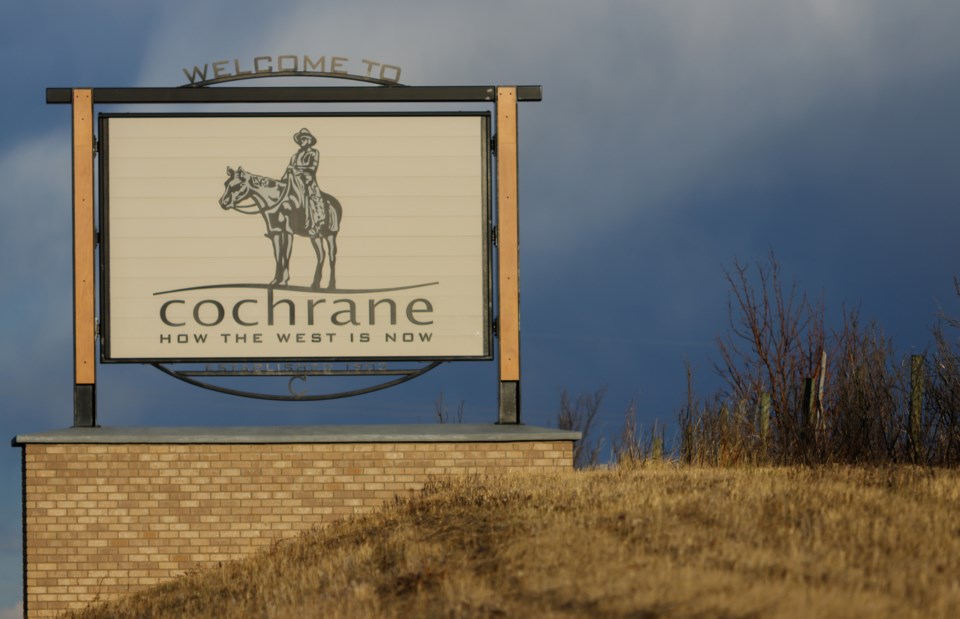 COCHRANE— The future of the town has been set after two days of Cochrane Council vigorous debate over the 2021-23 budget.

The 2021-23 Budget debate was an uphill battle with council fighting to balance tax rates, slowing growth and the impacts of COVID-19 on the local economy.

"This is without a doubt the most difficult budget I've ever had to work through," said Councillor Tara McFadden. "Usually when you're looking at a budget it's an opportunity for the community to live its dreams, to take the next step forward in building out a vision— This budget is reflecting the COVID reality. It was more about crisis management."

Funding for Spray Lake Sawmills Family Sports Centre was front and centre during budget deliberations. In the end, council agreed to provide $1.7 million in funding for operations of the facility and $300,000 in capital funding in 2021.

Mayor Jeff Genung said the facility has been a “lightning-rod” conversation in the community, and called on council to focus on the dollar number the recreation centre had requested.

"Where we came from to where we are today, rocky road, from my perspective this is not the year we need to hold people to account in recreation," Genung said. "I'm not saying to just sign a blank cheque. I'm suggesting to get back to what's presented— We need to ensure that a lot of the things they've highlighted in their report are being maintained."

Former Town council and administration believed the Sports Centre would be profitable, said Coun. Alex Reed, but research shows not a single pool in western Canada is profitable.

He added the facility has been chronically underfunded for years by the Town.

Former town council signed an agreement with Spray Lake Sawmills Family Sports Centre stating they would cover reasonable deficits. At the same time a cost-cutting decision was made in the face of rising construction costs at the facility. Reed said, these factors combined with shoddy workmanship have left the facility in a "constant state of repair" driving up the cost of maintaining the centre.

Council needs to face the economic reality of COVID-19, McFadden said, and be as tight as possible with funds allocated in the budget.

"It's a terrifying time and one of the main things we as the Town of Cochrane can do to help offset that ... [Is] affect what happens to your municipal tax rate," McFadden said. "That's always been my approach to Spray Lakes. This is a financial challenge we need to get a hold of."

Looking at the historical asks of the facility it is clear the community cannot continue to fund these requests, she said, adding her main concern is the rising operation costs of the facility.

McFadden added Cochrane needs to work with co-owners Rocky View County to come up with a plan to share costs equitability— A solution that has yet to be scored.

"My concern operationally, and again it's not personal, is that in these three years our municipality has actually cut services, reduced management levels, held the line on step and wages for our own staff when you look at their CRA reports they've actually increased their management salaries," McFadden said. "I don't think the approach is respectful of the taxpayer's dollars— When we're going out to the community, we need to be able to say that every dollar we invested for you got the best value."

The funding for the Sports Centre is a challenging request, said Coun. Marni Fedeyko, because it is not a free facility for community members.

Not all community members will be able to access the facility and it is a challenging ask given that every taxpayer will be paying for it once, and then paying again to use the facility.

Council needs to be sure that Spray Lake Sawmills Family Sports Centre is being run effectively and efficiently when it comes to operating costs.

Fedeyko said she wants the facility to embrace creativity and find a way to lower operational costs over the next three years.

"It's not about poking around and saying we don't want it, or it's not valuable. That's never the case," Fedeyko said. "It's about taking a real clear hard look at the number and doing the best we can for all our residents."

Additional changes to the budget include holding Council remuneration at 2020 levels saving $27,000.

Council also elected to postpone the creation of additional Cochrane RCMP member to align with the completion of the new protective services building.

In an effort to move forward the development of the tri-site off of Fifth Avenue a utility servicing study was added to the budget will be funded from the operating reserve for $100,000. The study will not affect tax rates and will help facilitate the development of a new site for Big Hill Lodge.

The revised budget will come before council again on Dec. 14 for final approval.