Former Cochrane Counsellor Andy Marshall called for the tax assessment review for Spray Lake Sawmills. He said he was disappointed to see the proposed reassessment fail given the evidence his lawyer Clint Docken was able to present.
Sep 12, 2020 3:00 PM By: Chelsea Kemp 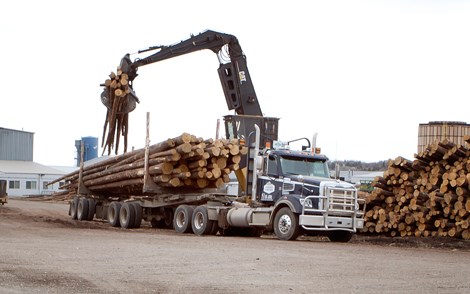 COCHRANE— A citizen complaint regarding the tax assessment of Spray Lake Sawmills has been rejected.

Marshall filed a complaint against the assessment to the Composite Assessment Review Board in March and a hearing was held on Aug. 10.

In the complaint, Marshall questioned if the property had been fairly assessed, especially in comparison to neighbouring lands, and was concerned the Sawmill received "substantial preferential treatment" from the Town.

Marshall said he was disappointed to see the proposed reassessment fail given the evidence his lawyer Clint Docken was able to present at the hearing.

He added the Town said the Sawmill could not be compared with any other lands, but believes this could be said about any property.

“Every land is unique,” Marshall said.

The decision released from the Composite Assessment Review Board states Spray Lake Sawmills, which sits on 57.35 acres, describes the property as "the most unique property in the Town of Cochrane municipality." The mill facility was constructed in 1974 and has been modified through to 2018. The decision states "The Town of Cochrane has literally grown up around the Sawmill."

Marshall said he was compelled to bring the complaint forward because it has been an idea he has been ruminating on for many years.

“It actually struck me years ago when I was looking at assessments and what parcels of land were paying in tax. It sort of jumped out at me that Spray Lake had a very low assessment,” Marshall said. “This goes back quite a few years.”

Now that the reassessment has been denied, Marshall said, there is a possibility to appeal the decision to the Court of Queens Bench. He has 60 days to decide. He and his lawyer are currently looking at this possibility of an appeal.

“As we look at the Town’s argument which we feel really hasn’t made its case,” Marshall said. “I think it’s a worthwhile campaign.”

The Sawmill is by far the largest industrial parcel in Town and by being made to pay such little tax makes it is harder to charge others.

In the decision Marshall's concerns were described as "important and substantive" but due to the lack of compelling sales, income or cost information available, it proved challenging to compare the Sawmill to similar properties. Because of this, the Board restrained from considering any changes to the assessed value of the Sawmill.

The Board cited factors that included the location, size, operation, degree of servicing and level of contamination of the site as reasons comparisons to other properties were difficult.

It can be challenging to drive home why this issue effects Cochranites, Marshall said, explaining the assessment is not something most people would be concerned with.

While it is unusual for a citizen to appeal an assessment on another piece of land, Marshall said, the impacts to the Town and its taxpayers are important.

“The lower the assessment the lower the taxes,” Marshall said. He added this means less money is going back to the Town in support of residents.

Spray Lake Sawmills vice president of woodlands Ed Kulcsar said the organization was not surprised with the decision rendered, because the Sawmills has dealt with Marshall in the past in regards to the tax assessment.

“He had tried on a previous occasion and the Town had visited our site and confirmed all the information was correct,” Kulcsar said. “We were a little surprised to find an appeal of our assessment for 2019.”

The decision supports the long-standing provincial process for property assessments which is used by the Town. Kulcsar said, the decision in his opinion, confirms the system produces fair and equitable results.

The Sawmill a unique property and the company has a long-time relationship with the Town. He added Spray Lake Sawmills appreciates being a part of the Cochrane community and doing businesses in the area.

“We don’t take it lightly,” Kulcsar said. “We’re supportive of the decision and it’s what we expected.”

Town of Cochrane Manager, Assessment & Taxation provided a statement to The Eagle regarding the decision.

“The assessment was upheld by the Assessment Review Board after a thorough review process. The Town is satisfied that the public, provincially legislated process was followed and all questions were answered.”