Five years ago, Vinny Gibson's life changed when a vehicle T-boned her own in an intersection on River Avenue in Cochrane.
Sep 13, 2018 1:00 AM By: Chris Puglia 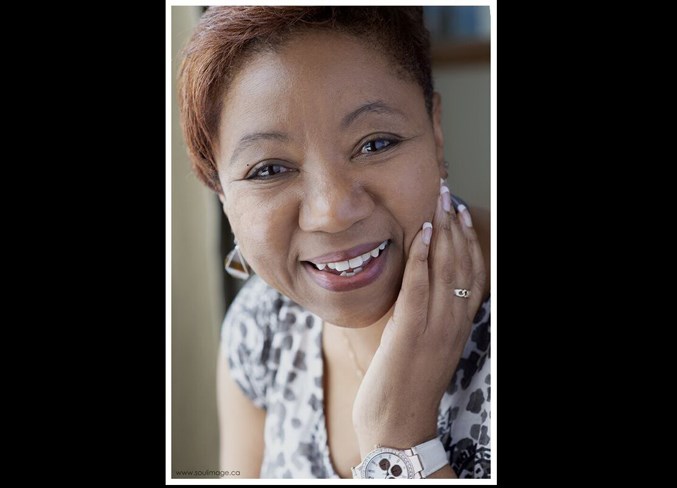 Five years ago, Vinny Gibson's life changed when a vehicle T-boned her own in an intersection on River Avenue in Cochrane. It was a stroke of bad luck when she diverted her route to avoid an accident on Highway 22 that ironically led Gibson to her own collision. It also began a three-year journey of visits to specialists, tests and even a course through Cochrane Mental Health to diagnose and treat symptoms that had essentially destroyed her quality of life. The days following the accident, Gibson returned to her daily routines, including going to work for the Alberta Government as an employment coach. Two weeks following her accident, while teaching a course, her speech failed her and set her on a grueling journey through the health system. It took two years for Gibson to finally confirm through doctors what she had already suspected – her accident had been worse than initially diagnosed. She had sustained traumatic brain injury and the resulting concussion left her with post concussion syndrome. In the two years it took her to receive her diagnosis, she went through 15 specialists all of whom told her it was all in her head because she said they relied on a misdiagnosis by her initial neurologist. "The neurologist who looked at me initially said I didn't sustain a brain injury because I didn't go unconscious," Gibson said, adding she knows now that is a myth. "It's really old school thinking, and wrong." Between the initial misdiagnosis and finally getting the treatment she needed, Gibson suffered with severe cognitive impairment, the loss of balance, mobility, motor function and depth perception, and severe noise/activity sensitivity. It meant she couldn't drive, work or at times even leave her home. "I felt angry, dismissed, misunderstood, powerless. I just wanted to get my life back.  I was exhausted and confused," she stated on her website about her struggles with the medical system. Gibson's entry into the care she needed was round about, having to go through Cochrane Mental Health. "It was kind of humiliating to go through Cochrane Mental Health and tell them I was losing it, when I wasn't," she said. Today Gibson is back coaching with a focus on helping those with brain injuries and post concussion syndrome reclaim their lives and find help sooner. She believes had she been diagnosed quicker, her road to recovery would have been nearly two years shorter. Her business, Sunflower Transitions, includes everything from intake assessment to personal support as well as a list of potential alternative care resources. Anyone in Cochrane who wants to learn more about Gibson's story, the services she offers or about brain injuries and post concussion syndrome can attend a talk she is holding at the Cochrane Public Library on Monday from 6:30 p.m. to 8 p.m. Those interested can register for the free event on the library's website. According to Physiotherapy Alberta, 160,000 Canadians experience a brain injury per yer. Statistics Canada reported that 94,000 Canadians aged 12 and over experienced an “activity limiting concussion” between 2009 to 2010. To learn more about Sunflower Transitions, go to https://www.sunflowertransitions.com/