“If we’re going to turn lemons into lemonade there’s lots of positive things that will come out of the run this year.”
Sep 15, 2020 12:00 PM By: Chelsea Kemp 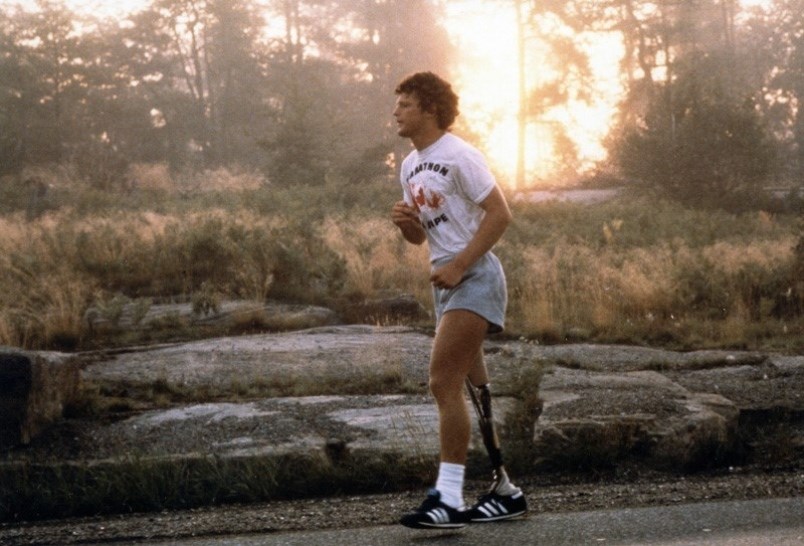 COCHRANE— Honouring the 40th anniversary of the Marathon of Hope, The Terry Fox Run is encouraging people to race "one day your way" this year.

On Sunday (Sept. 20) a virtual Terry Fox Run will be taking place, said community fundraising and events coordinator Christie Krawchuk, and Cochranites are encouraged to participate and fundraise on their own, with their families or as a virtual team.

“It is a big year— It’s been 40 years since he ran his marathon of hope,” Krawchuk said.

Everyone has been touched by cancer in one way or another, Krawchuk said, and the disease has not slowed down because of COVID-19.

Since his run in 1980 more than $800 million has been raised for cancer research in Fox's name, she said.

“What he’s done for us in 40 years is phenomenal,” Krawchuk said.

Krawchuk is hoping to keep the tradition alive this year and continue on his legacy.

People will be engaging with different activities to honour the Terry Fox Run, Krawchuk said, explaining some are celebrating the day by walking 40,000 steps in honour of the 40 years, running at 4:30 a.m. to match Fox’s race days while on the Marathon of Hope or coming up with other creative ways to fundraise.

It is exciting to be celebrating the 40th anniversary of Terry Fox’s run across Canada, she said, but noted races this year will look a little bit different due to COVID-19.

The organization has pivoted to adapt the run from its 39-year tradition to embrace an online model that will be accessible to the entire community, Krawchuk said.

“It’s something new and its exciting,” Krawchuk said. “If we’re going to turn lemons into lemonade there’s lots of positive things that will come out of the run this year.”

She added she hopes the ease of the 2020 "One Day Your Way" Run will hopefully bring out more people than ever.

The Terry Fox Foundation is asking people to head out on the National Run day on Sept. 20 and honour Fox with a run designed around their abilities.

“It’s so easy you can do it however you want to do it,” Krawchuk said. “You can go as far as you want, you can run around the block or you can run a marathon.”

In past years people could physically go to a run in Cochrane, but this year the run will be virtual.

The Cochrane area to date since 1984 has raised more than $196,000 for cancer research through community runs. Last year Cochrane saw a record-breaking year and hit $15,000 in funds raised.

The organizer since 2014 is stepping down from their role, and Cochrane is now looking for a new organizer to help plan Terry Fox Runs.

“Being a part of the Terry Fox Foundation family is an honour,” Krawchuk said. “He is a Canadian hero, he is an icon in our country and continues 40 years later to do good things for all of us.”

For those looking to participate in runs they can visit terryfox.org to register for the Cochrane Fund to raise money for cancer research. Anything donated online and is associated with the community comes back to Cochranes fundraising total.

Krawchuk encouraged people to join up with friends and family members safely and responsibly to help raise funds.

For those interested in helping to organize the 2021 run, they can in touch with Krawchuk by emailing info@terryfoxrun.org.

In a statement provided to The Cochrane Eagle, Rocky View Schools said schools will be making their own decision about hosting Terry Fox Runs at the local level.

“[Rocky View Schools] supports proceeding with the event(s) as long as schools can take the appropriate health and safety precautions and maintain two-meter physical distancing requirements,” reads the statement.