The 11th Annual Ride to Conquer Cancer pedals off this Saturday 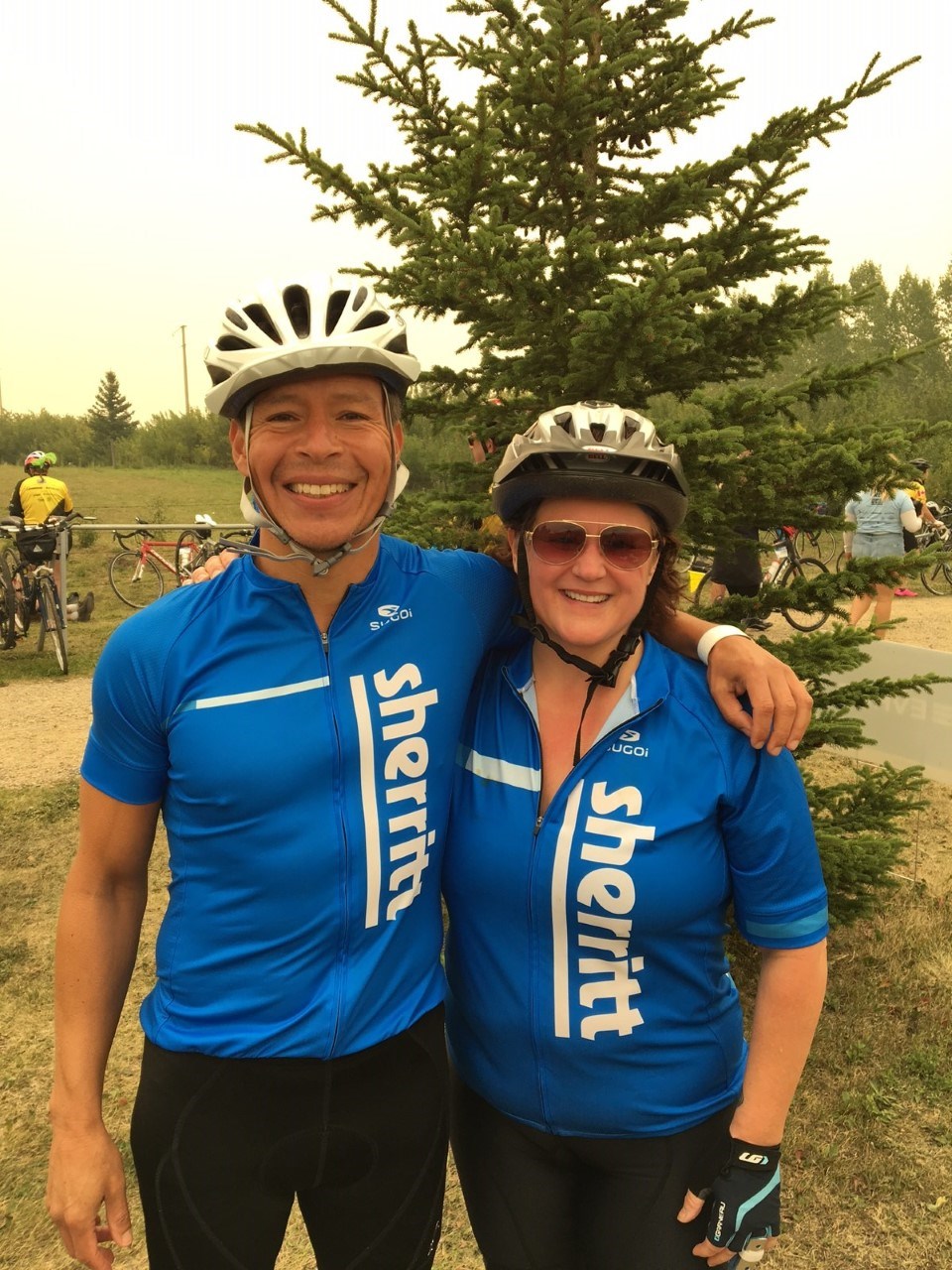 Twyla Grant with a friend at Enbridge Ride to Conquer Cancer.

It will be a two-day cycle event with over 200 km travelled when it's all said and done. On Aug. 17, the annual Enbridge Ride to Conquer Cancer benefiting the Alberta Cancer Foundation will see thousands of riders from across Alberta take to their bikes to show their support for cancer survivors and angels.

The event will get started with opening ceremonies followed by a few speeches from organizers, executives and a cancer survivor. There will then be a Riderless Bike Procession representing those who once rode and are no longer here, followed by the ride.

Breannon Grant is a fellow Cochranite and a cancer survivor. In 2014, Grant underwent surgery to have one of her ovaries removed due to an ovarian tumor. There were no cancer cells found but doctors were cautious as there was an increased likelihood to develop cancer in the future. Grant was monitored for four years and in July 2018, on a routine exam, doctors would find a mass on her remaining ovary.

The mass was said to be benign. It was at this point that Grant decided to have a total hysterectomy to avoid any further complications. Results came back from pathology and Grant was diagnosed with Stage 1 ovarian cancer which concluded that there were cancerous cells present in the tumor that was removed.

In November 2018, Grant made the difficult choice to start six rounds of chemotherapy – once every three weeks for six- to seven-hour treatments – to be rid of any remaining cancer cells. Although this would be a demanding process, in March of this year, Grant was given the news that there were no more cancer cells.

"Going through it I learned that I am a lot stronger than I probably gave myself credit for before, I also learned that at the end of the day it's okay to ask for help and rely on family and friends and loved ones to kind of get you through something. I know I'm the kind of person that was always hesitant to do that but something like this, it really forces you to lean on those around you and realize it's OK to do that," said Grant.

One of the hardest parts of Grant's journey was the initial learning that she had cancer. There were a lot of things building up in her head before the chemotherapy but after she accepted it and talked to the nurses and doctors she felt a sense of relief. Grant has remained positive throughout her journey and has a greater recognition for life.

"I'm trying to live life a little bit differently, not worry as much, enjoy my time with family more, enjoy experiences and just slow down and take the time to really appreciate the moment," she said.

Twyla Grant, Breannon's mother-in-law, will be participating in her second year of the ride. She rode for her father last year who battled bladder cancer back in 2009 and this year will be riding for her daughter-in-law.

"I've had so many people close to me in the last five years that I can't help, there's nothing you can do, so for me this is my way of hopefully being able to help everybody else and anybody in my friends circle fighting this disease by raising awareness and raising funds," said Twyla.

"It did scare me before, but it is a lot easier than you think, than I thought for sure, and it's just the more you make people aware, that's the big one."

If by chance you don't end up raising this amount, there are many other ways to participate in the ride through volunteering.

Throughout the 11 years the ride has been active, it has raised close to $75 million for the Alberta Cancer Foundation.