“It’s saving lives, creating organ donor awareness and registrations across our country and helping out anyone we can help,” said Logan's father Toby Boulet.
Apr 7, 2021 12:00 PM By: Chelsea Kemp 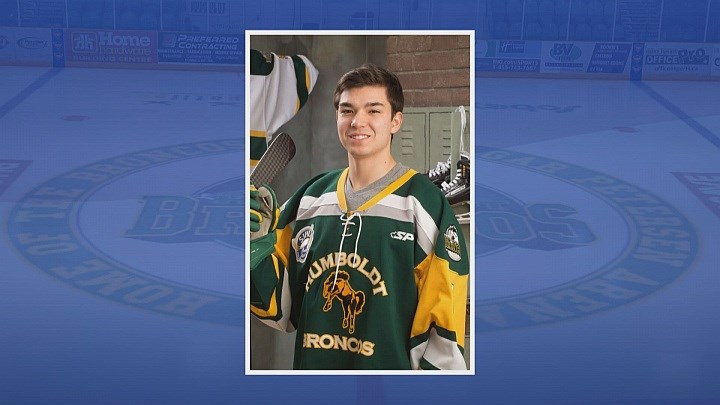 The day is held in honour of the late Humboldt Broncos player Logan Boulet.

Logan, 21, signed his organ donor card weeks before the Humboldt Broncos bus crash on April 6, 2018, which claimed the lives of 16 players and injured 13.

Green Shirt Day was inspired by Logan’s passing and is an event designed to inspire and promote organ donor awareness and registration in Canada and the world, said Logan’s father Toby Boulet.

Logan's organs were donated after his passing saving the lives of six others.

“It’s saving lives, creating organ donor awareness and registrations across our country and helping out anyone we can help,” Boulet said.

The first year of the event proved to be popular and served as an important way to honour the Humboldt Broncos.

The day is always difficult, Boulet said, because while it is amazing Logan saved lives through the donation of his organs, the donations came at the cost of his life.

“The tragedy of the Humboldt Broncos allowed Logan to do this,” Boulet said.

Green Shirt Day has gone virtual for 2021 to adhere to COVID-19 public measures, but Boulet hopes people will still honour the Humboldt Broncos and Logan with conversations about organ donations.

Boulet noted many organ recipients are immunocompromised and this limits their ability to gather, outside of health measures, because of the dangers groups of any kind can present.

The event is strictly an awareness campaign and relies on organ transplant groups and businesses to help support campaigns.

T-shirts are available to celebrate Green Shirt Day and funds raised go to the Canadian Transplant Association and the Logan Boulet Endowment fund of the Community Foundation of Lethbridge and Southwestern Alberta.

“We just want to help raise organ donation awareness and registration as best we can,” Boulet said.

He called on Canadians to practice the slogan “together strong” and cultivate a message of unity and looking after each other, a philosophy embraced during Green Shirt Day.

Health Canada reported less than 25 per cent of Canadians are registered organ donors.

The need for organ and tissue donations is rising in the country and as of Dec. 31, 2019, more than 4,300 people were waiting on organ transplants and 249 people died waiting for an organ transplant.

In the past 10 years the number of people who have donated their organs after death has risen 42 per cent, reported Health Canada.

Canadians can also become living donors, allowing those who are the age of majority and in good health to donate a kidney, part of the liver or a lobe of the lung to someone in need.

By registering to donate their organs a donor can save up to eight lives, improve the quality of life for up to 75 people and benefit countless families and loved ones of those in need, said Health Canada.

To become an organ donor, talk to your family about your wishes and access the online Alberta Organ and Tissue Donation Registry. You can also visit a registry agent office to register or sign the back of your Alberta Personal Health Card for cards issued before 2018.

He was the recipient of a new set of lungs in October 2020 after being diagnosed with idiopathic pulmonary fibrosis. The disease scarred his lungs making it increasingly difficult to breathe.

In June of 2019, he initially went to the doctor because he was running short of breath walking up hills. In November 2019 he was formally diagnosed with the illness.

“Once it starts scarring it just continues scaring and once it’s scarred it doesn’t work anymore so you lose capacity in your lungs,” Howard said. “You just get shorter on breath until you have to go on oxygen full time.”

In February 2020 Howard went on oxygen part-time, and by April he was using an oxygen tank full-time.

Without the lung transplant, Howard said, he would have died.

“Unfortunately, someone passed to give me their lungs, but it’s extended my life and given me a second chance,” Howard said.

He considers himself lucky because he was able to receive the lung two weeks after completing his last set of education and exercise activities in preparation for the surgery.

“I was on the phone at eight o’clock in the morning and I got the surgery that evening,” Howard said. “I’m a pretty lucky guy.”

It was a mix of apprehension and excitement knowing he would be able to receive the lungs, he said, adding he was unlikely to have lived another year with the organ donation.

The procedure was completed at the Mazankowski Alberta Heart Institute in Edmonton at the University of Alberta Hospital.

Howard is healing from his operation and can now walk eight kilometres. It will take about a year for him to fully recover from the surgery.

“I’m doing really well,” Howard said. “It allows me to do the things that I used to be able to do without impairment.”

It was a life-changing surgery and he thanks his donor every day for giving him a second chance at life.

“I encourage everybody to consider organ donation because it is life-saving,” Howard said. “If something tragic happens to you, you may be able to save some people's lives.”