“I’m excited that we have identified that now is an opportunity to bring some folks to Town to help our local business. That’s really what it’s all about.”
Sep 20, 2020 12:00 PM By: Chelsea Kemp 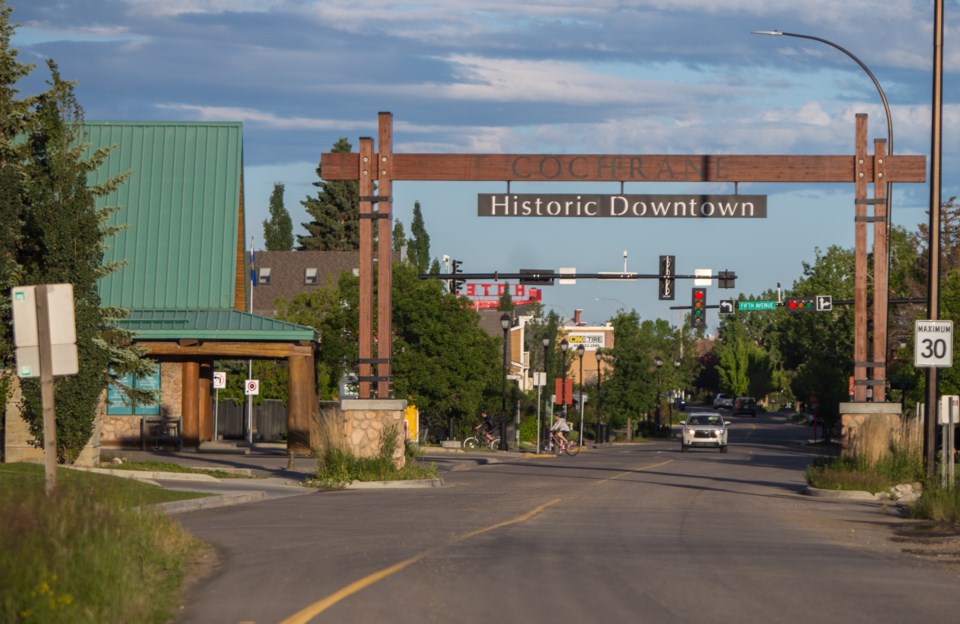 COCHRANE— The Town of Cochrane is launching a new campaign designed to help encourage business and economic growth.

The Think Big, Live Cochrane Campaign will support the entrepreneurial mindset of the Town and push Cochrane as an exciting community to live in, said manager of business development Mike Korman.

Council unanimously approved the use of $150,000 from the Business Development Reserve to fund the Think Big, Live Cochrane Campaign at their regular council meeting on Tuesday (Sept. 14). The majority of the budget will go towards advertising.

The two-year campaign officially launches in December and will target the local market in Calgary, a larger market in Western Canada and reach out to workers living in Eastern Canada.

The goal of the campaign is to attract new residents, skilled workers and businesses to Cochrane.

The initiative is centred on recruiting S.T.E.M. workers and academics, technical workers and high-end mechanical workers. Korman said the main spear of the campaign will be in the Calgary area and focus on those graduating out of key post-secondary programs.

Business targets for recruitment in the campaign include the sectors of technology, environmental science and renewable energy paired with other companies that can complement and provide services to major Cochrane employers.

Mayor Jeff Genung endorsed the project noting it is more important than ever to seize opportunities that can help in the economic recovery from the COVID-19 pandemic.

“With COVID and the economy being what it is and then the economy and our situation as a province leading up to COVID, Cochrane is really putting ourselves first,” Genung said. “I’m excited that we have identified that now is an opportunity to bring some folks to Town to help our local business. That’s really what it’s all about.”

Genung praised the strategy for trying to attract more business to Town because it has been a priority for council to shift the taxes to a more balanced mix of non-residential and residential bases.

The technology sector is especially exciting to see grow in Cochrane, he added, because it is clean, creates high paying jobs and embraces innovation, while leaving space for other great forms of business and entrepreneurs.

The success of the campaign will be based indirectly on annual residential growth targets of three to four per cent, an increase in the non-residential tax percentage and a decrease in people commuting to Calgary, Korman said.

Currently, the Town typically gets about 40 business inquiries each year. There are about 1,850 business licenses in Cochrane, half of which are home-based and half are brick and mortar stores, Korman said. Each year the Town typically sees a net gain of around 75 to 100 businesses.

“[These are] lofty goals,” Korman said. “But, we would like to see those indicators hit so we really know what success looks like.”

Councillor Tara McFadden praised the initiative describing it as a “smart investment” and “bold initiative” that will help support the local economy's recovery from COVID-19.

He added that while he appreciated the Calgary focus of the campaign, Reed recommended reaching out across the province to recruit anyone interested in moving to the Cochrane community.

"I love where this is going," Reed said. "This really speaks to what our community is all about.”