Town of Cochrane to close unused fire hall in Sunset

The Town of Cochrane will be removing its signage from the space formerly designated as a fire hall in Sunset after receiving a notice to vacate the premises from the new property owner.
Dec 3, 2015 12:00 AM By: Cochrane Eagle Staff 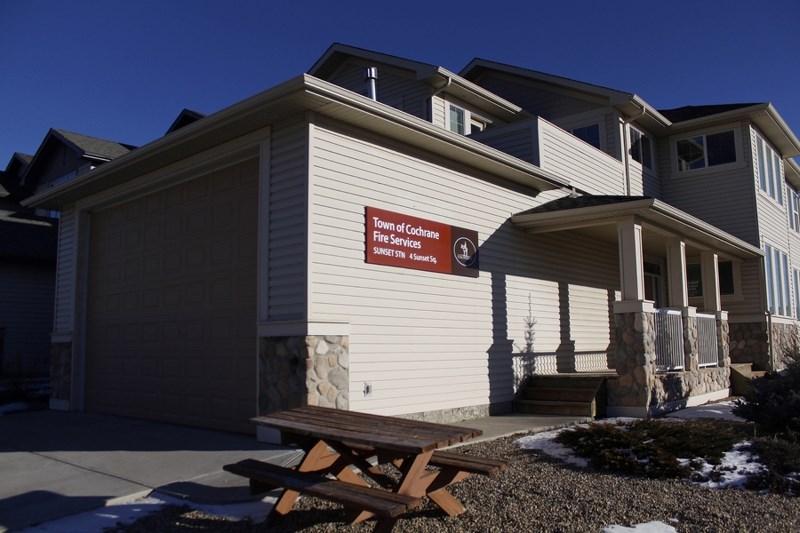 The Town of Cochrane has vacated its unstaffed fire hall in the Sunset neighbourhood.

The Town of Cochrane will be removing its signage from the space formerly designated as a fire hall in Sunset after receiving a notice to vacate the premises from the new property owner.

According to a press release put out by the town, “(they) had a low-cost lease with the original developer of Sunset Ridge, but the hall was not utilized and there was no long-term plan for the location.”

According to Jared Wallace, the president for the Cochrane Fire Fighters Association Local 4819, the hall was leased in 2008 with the hope that someday it would be a full-service fire station.

“I think perhaps there was some wishful thinking of someday having the resources to open that station,” said Wallace.

Mayor Ivan Brooker is confident this closure will have no effect on the residents in that area.

“From a fire servicing perspective, that hall is not required,” said Brooker.

Brooker says the town’s signage should have been removed from the hall awhile ago.

“If (the town’s sign) did give people false hope that the building was operational that was an oversight on our part.”

Wallace agrees that giving up the hall won’t change the coverage the community of Sunset receives in regards to fire services.

“The mayor is correct when he says there will be no impact (on) the residents of Sunset, but that’s because there is nothing up there right now.”

Wallace and Brooker don’t consider the matter of building and staffing a second hall over just because this location will be closing.

“There’s definitely a need for a second hall within the town of Cochrane,” said Wallace.

He says aside from allowing the fire services to better serve Cochrane, a new hall would be “a great selling feature for new residents and will also have a positive impact on people’s home insurance.”

Rather than finding a different location in Sunset, however, Wallace thinks the town needs to consider areas such as Riversong or Fireside, where there has been significant growth, and focus on that location for a new hall.

“At the time in 2008, Sunset was probably the best (location), but now that we’ve seen such massive development on the south side of town I (think) the need has shifted (for a hall) to be somewhere else.”

Brooker agrees, when the time comes, the town will likely look to newer areas when picking a location for the new hall.

He says South Bow Landing, a community plan that was recently approved for development, is set to “donate two acres (of land) for the town to use” which may be an ideal spot for a new fire hall or other emergency services..

Wallace says the fire services will continue to advocate for the opening of second fire hall within the next few years.

“We’re always encouraging the mayor and town council to keep emergency services on the front of their mind and part of the strategic planning process should be the selection of the location and the proper budgeting to open up a new fire station.”

“As we continue to grow, we always include considerations for future locations for public service facilities as part of the planning process,” said Brooker.

For now, the existing fire station is adequate in serving Cochrane but Wallace wants to remind the public that while it will be nice to eventually have “a brand new hall and fire truck”, “the reality (is), it’s the fire fighters (who ultimately) put out fires.”