It’s taken years for John Gray, well-known Calgary bassist and jazzster, to see the culmination of the project that lies close to his heart — the unveiling of the Ray Charles Tribute Orchestra.
Nov 14, 2012 12:00 AM By: Lindsay Seewalt 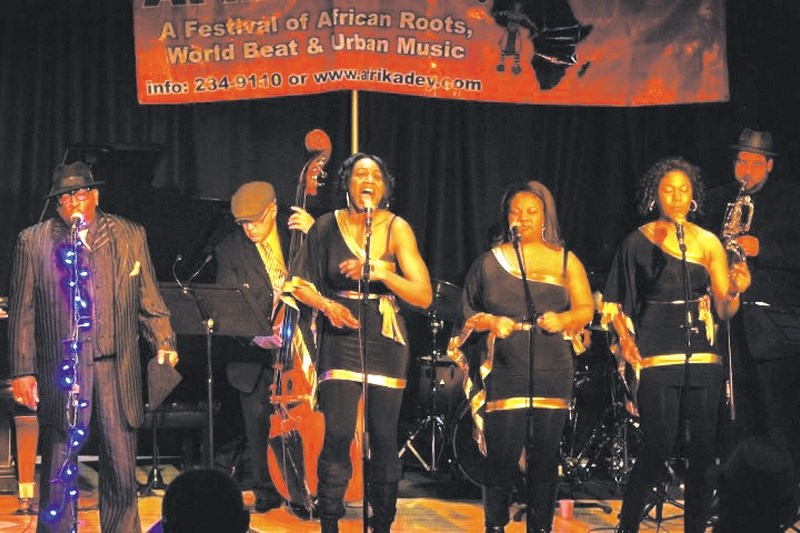 The Ray Charles Tribute Orchestra will be performing at the Cochrane Alliance Church Nov. 24 for the Cochrane Valley Folk Club.

It’s taken years for John Gray, well-known Calgary bassist and jazzster, to see the culmination of the project that lies close to his heart — the unveiling of the Ray Charles Tribute Orchestra.

Cochrane’s chance to see the 12-piece soul-filled ensemble that pays homage to the music of the one and only Ray Charles comes to fruition Nov. 24, as the group rolls on into the Cochrane Alliance Church for a 7:30 p.m. performance for the Cochrane Valley Folk Club.

“Ever since I played with Ray Charles, I’ve wanted to put something like this together,” said Gray, who toured with the great, late musical master in the early 90s as a hired bassist for a six-month U.S. tour.

“I’ve always been a huge fan . . . I don’t think there’s anybody I admire more as a singer, piano player, band leader . . . he’s the only artist I know who has crossed the boundaries of blues, jazz, country, western and soul that successfully.”

With five horns, piano, bass, drums, three back-up vocalists and a frontman, Donald Ray Johnson, with a Grammy of his own tucked up under his wing, the sound will resonate throughout the church and is likely not to disappoint.

“I always thought of Donald Ray doing the Ray Charles thing . . . he’s not trying to do an impersonation or anything — he just wants to do an honest performance of Ray’s music.”

Texas-born drummer and vocalist, Johnson (who is also legally blind), has spent a lifetime in the music business; accolades include a Grammy for his work with the group A Taste of Honey, two nominations for a Maple Blues Award and stages shared with the likes of Big Mama Thornton Smokey Wilson and The Isley Brothers.

With Gray on bass, whose own musical history includes joining the stage with Dr. Clarence ‘Big’ Miller, Lenny Breau, Chet Baker and Jack Sheldon, among many others, the unit is rounded out with a small army of A-list Calgary blues and jazz cats that know their way around their selected instruments, to say the least.

For Gray, the end result is a payoff of professionalism every time the group, which has been gigging for about two years now, shows up to entertain crowds with favourite Ray picks such as Drown In My Own Tears, Hit The Road Jack and I Got A Woman.

Tickets are $25 and available at cochranefolkclub.com, at Phantoms Music or Cochrane Coffee Traders.