“He was raising his children to understand and to have harmony. I think over the years of my being next-door neighbours with him, I kind of learned a lot about that myself.”
May 14, 2021 3:00 PM By: Tyler Klinkhammer 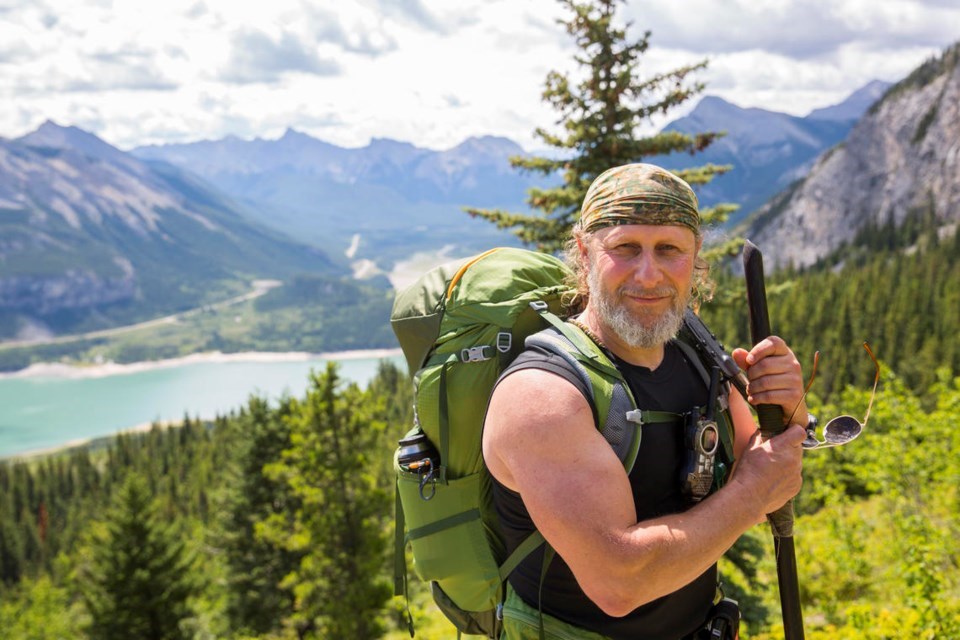 David Lertzman, 59, was killed in a bear attack on the Moss Trail system near the Waiparous village on Tuesday (May 4). Photo submitted.Photo submitted.

WAIPAROUS VILLAGE— Family and friends are mourning the death of a University of Calgary professor killed in bear attack in Waiparous.

David Lertzman, 59, was tragically killed in a bear attack on Tuesday (May 4).

In a Facebook post published on Saturday (May 6) David's wife, Sarah Lertzman, said he had been on his bi-daily trail run when he was attacked by a bear from behind and pushed off a high embankment.

“I had searched for him myself for two hours early in the night and walked right past the point of attack and saw no sign of it. I was looking for a man in trouble and not for a scene of something that had happened. I did not know the risk to myself in that moment, and I am truly blessed that nothing happened to me, as the officers reminded me repeatedly later in the night,” the post read. “By three in the morning, we knew he was no longer with us and that it had been a bear attack.”

Sarah indicated in the post that she and her family had sung songs together to mark his passing, which seems to be a fitting send-off to man who often sang to his two children.

“He was a fantastic musician. I would spend my evenings up here listening to him play music to his children, or to Sarah on the deck. He would turn their stories from the day into songs,” said Melody Long, family friend, and next-door neighbour to David and Sarah. “I loved to listen to it.”

David was a dedicated father, Long said, and could often be found playing with his children, having mock battles in their backyard, goofing around, playing make believe and encouraging them to explore their imaginations.

“He was never far away from his children,” she said. “He was raising his children to understand and to have harmony. I think over the years of my being next-door neighbours with him, I kind of learned a lot about that myself.”

David had a deep connection with nature, Long said. He spent much of his time hiking and trail running, and would even take some of his students from the Haskayne School of Business out to remote areas for nature retreats during the summer months.

Long said David was the type of person that would drop what he was doing to help anybody in the Waiparous village. He was thoughtful and helpful, and was often thought of as a pillar of the community. He had a good heart and always had a kind word for everyone, she said.

Long explained people would often approach David for help, or even just to ask for his thoughts on certain subjects.

“He was the kind of person that would do anything for anybody … We all turned to him for anything that needed to be done around here,” she said. “We’re a pretty close, tight-knit community. To lose one of our own like this, it’s hit us all pretty hard.”

Long has offered to coordinate support for the family, including coordinating visitors to the Lertzman’s and organizing play dates for the children so Sarah could take a breath and get things taken care of.

She explained she felt it was important to offer that support to her friend because Sarah did the same for her three years ago.

“Sarah is like my sister, and I know the overwhelming feelings that I had when my husband died basically three years ago to the day. It was very difficult for me and Sarah took over that role to help me get through it,” Long said. “She gave me everything and I’m going to giver her everything because I owe her that much.”

Long said she hopes David is remembered fondly by the people he touched for his caring and kind nature.

“He deserves to be recognized for the man he was. He touched so many lives,” she said.