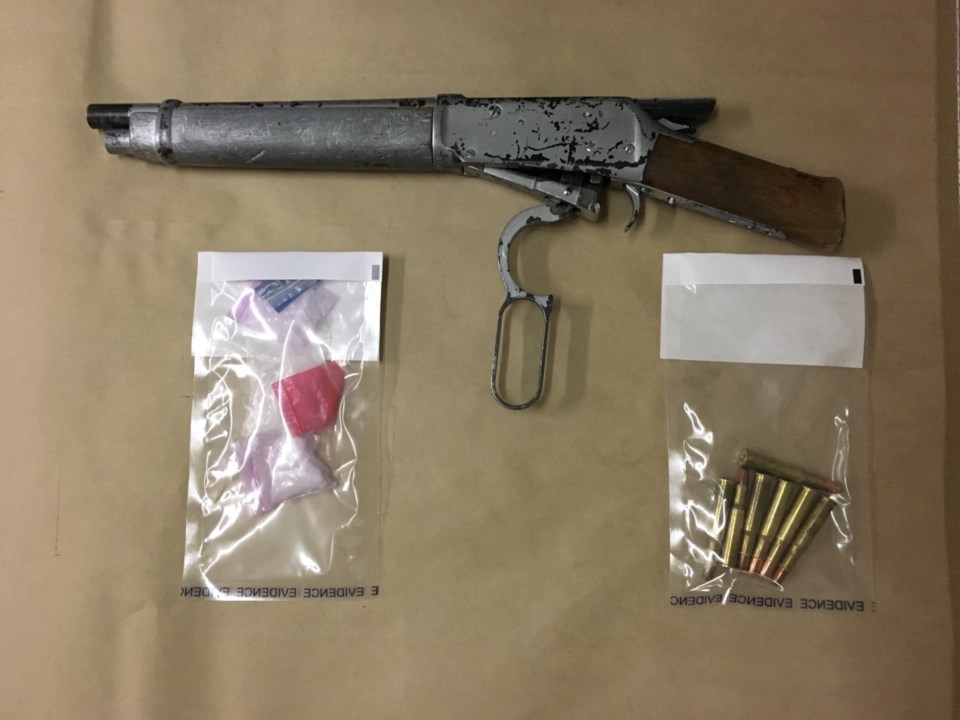 Seized artifacts from a checkstop this past weekend.

Over the weekend the Cochrane RCMP municipal traffic, provincial traffic, general duty officers as well as Citizens on Patrol (COP) were busy conducting a number of checkstops in the Cochrane area and surrounding communities of Rocky View County.

On November 29 at 9:40 p.m. a vehicle was pulled over at one checkstop. Officers noticed there were drugs in the vehicle and placed the driver and passenger under arrest. After further investigation the officers seized more than 30 grams of methamphetamine and a loaded sawed off rifle.

"As a part of our commitment to safe homes and safe communities, we routinely conduct checkstops in and around the Cochrane area," said acting detachment commander for Cochrane RCMP, staff sergeant Dave Brunner. "With the holiday season upon us, we have increased our efforts to ensure the roads are safe for all travellers."

Knight was held for a Judicial Interim Release hearing. He has since been released on a $3,500 no deposit recognizance and is to appear in Cochrane Provincial Court on January 7, 2020.

Other results from the checkstops this weekend saw two drivers arrested for impaired driving, two 72 hour suspensions issued, one 30 day suspension was issued to a GDL driver and several tickets issued.

"We would like to thank our community partner Citizens on Patrol for participating in the checkstops with us, and we would like to encourage everyone to celebrate the holidays safely. Plan ahead, arrange for a designated driver or other safe ways to get home after holiday celebrations and enjoy spending time with our loved ones," said Brunner.

Greystone development land use re-designation completes public hearing
May 27, 2020 9:00 AM