"I'm thankful that I was fortunate enough to be invited," Jake said. "The experience was great, I was spoiled from the start of the trip to the finish. It was great to not only get to see behind the scenes into the hockey operations but spend time with Dill as well."
0
Jan 16, 2020 3:00 PM By: Troy Durrell 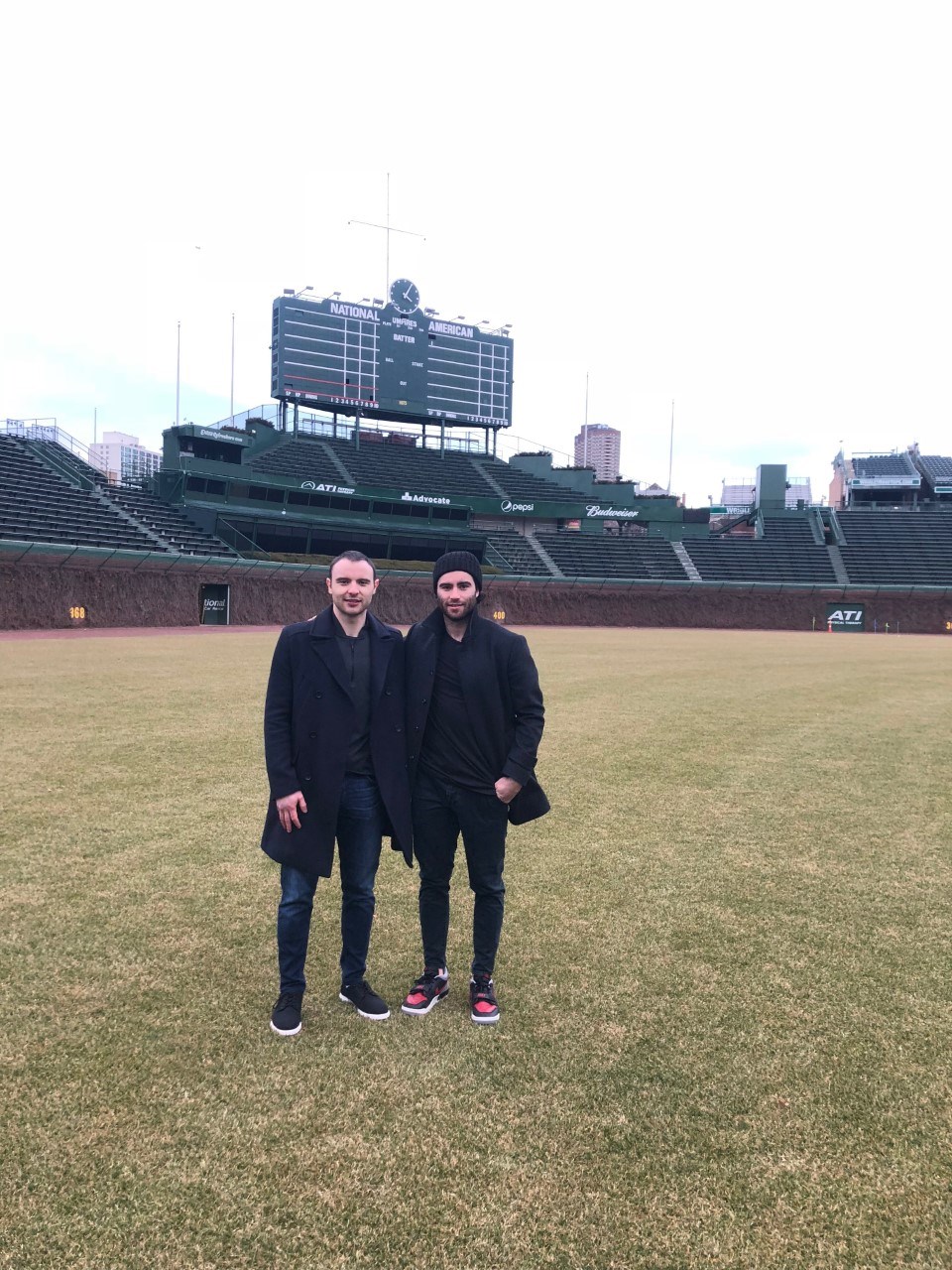 Dillon Dubé (right) and his brother Jake (left) took part in the Calgary Flames dads trip that spanned from Jan. 5 to 7 in Minnesota and Chicago. Submitted Photo

An annual tradition among the National Hockey League (NHL) is the yearly mom or dads trip, where members of the team invite their mother or father on a two-game road trip in order for them to spend time with their loved ones while also showing them what life is like as an NHL player.

The Calgary Flames were no different when they embarked on their trip from Jan. 5 to 7 to Minnesota and Chicago.

Cochranite Dillon Dubé, who is well known around these parts was no exception to this event, as he's spent the better part of this season with the big club, getting called up on Nov. 17. Dubé added a little twist to the trip, inviting his older brother Jake, a business student at SAIT and intern at Hockey Canada along for the ride. This opportunity gave the two a chance to have some brotherly time, something that isn't as frequent as it once was.

"I'm thankful that I was fortunate enough to be invited," Jake said. "The experience was great, I was spoiled from the start of the trip to the finish. It was great to not only get to see behind the scenes into the hockey operations but spend time with Dill as well."

Not only did Dubé get to experience life as an NHLer, he also got to use the experience to take back to his schooling and internship with Hockey Canada.

"A big takeaway on this trip for me was getting to interact with the players and hear their candid thoughts on the trip," the 23-year-old said.

"I learned that players like to have structure when it comes to the planning and execution of daily tasks but at the same time, the players enjoy some freedom as well. Having been involved with Hockey Canada, I was able to appreciate the little things on the trip such as the scheduling and coordination of events. The Flames organization did an incredible job and the people behind the scenes deserve a ton of credit for the hard work that was put into this special weekend."

He also had a 'this is the NHL' moment from the trip when the Flames took on the Blackhawks.

"The 'wow' moment from this trip was when the American anthem was played at the United Center in Chicago. I've never had a sporting experience quite like that. The crowd had a deafening cheer for the entire course of the song. It was incredible."

The older of the two Dubé brothers, who played parts of five seasons in the Alberta Junior Hockey League (AJHL) with the Calgary Canucks, Okotoks Oilers and Camrose Kodiaks has watched his brother travel through the hockey ranks which includes a World Junior gold medal, WHL championship, first NHL game and first career goal in the big leagues.

"It's been awesome to watch him progress," he said. "Those big moments such as the World Juniors, his first (NHL) game, his first (NHL) goal tend to carry more weight as time progresses because it's such a whirlwind in the moment. Our family is really close and thankfully we have been able to share Dillon's journey every step of the way."

The Flames won both games, which included Dillon scoring the shootout winner in the first game against the Wild in a 5-4 victory.

"It was great to see first hand," Jake said. "It was an exciting moment and I could not be more proud or happy for Dillon."