"Knew it was coming given the health risks, but sure stings that we aren’t able to attend provincials," Sydoryk wrote on his personal Twitter account, March 12.
0
Mar 16, 2020 1:38 PM By: Cochrane Today Staff 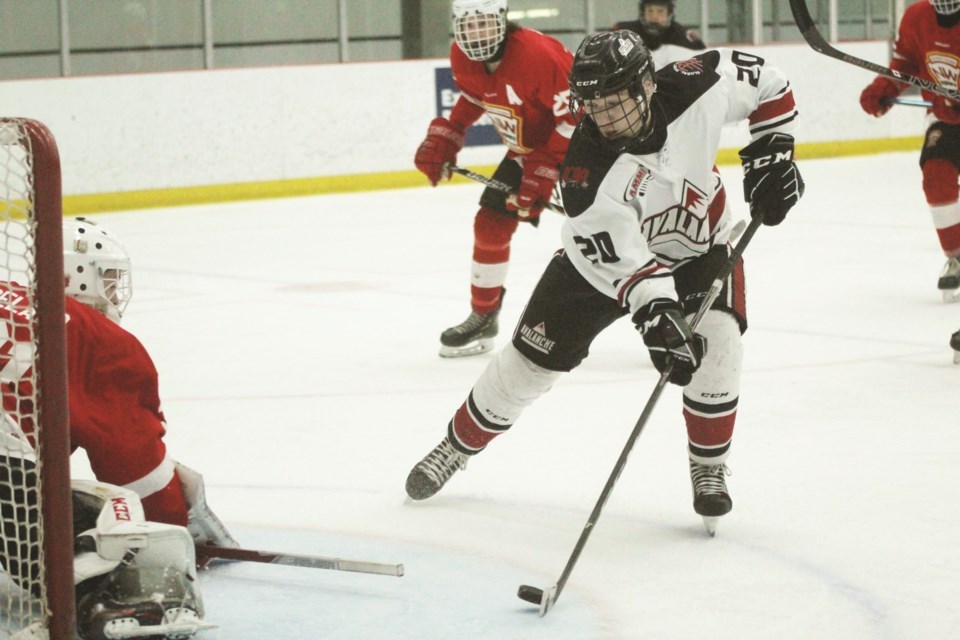 The AC Avalanche qualified for the AAA minor midget provincial championships after finishing with the silver medal at the 2020 Sutter South Cup. Photo by Scott Strasser/Rocky View Weekly

The Airdrie-Cochrane (AC) Avalanche enjoyed a silver-medal showing at the 2020 Sutter South Cup, held March 5 to 8 in Calgary. The tournament acts as the playoffs for the Alberta AAA Minor Midget Hockey League (AMMHL), as well as a qualifier for the provincial championships, which would have taken place March 19 to 22 in Red Deer.

After finishing the regular season in third place, the Cochrane-based Avalanche played a taxing five games in just four days to earn the silver medal. According to head coach Terry Sydoryk, the team improved as the weekend went on.

“Our first game wasn’t the best, but we managed to come out with a victory, and it just got better game after game,” he said.

The Avalanche started its playoff push March 5 with a 5-4 win over the Calgary Buffalo Hockey Association Blackhawks, before shutting out the Northwest Calgary Athletic Association Stampeders 5-0 the following day.

With just a few hours of rest after beating the Stampeders, the Avalanche concluded the round robin with another strong performance – an 8-2 win over the Calgary Northstars Athletic Association Blazers. Colton Alexander was the headline-maker, with a hat trick and an assist.

“We’re pretty excited,” said Alexander, who hails from Cochrane. “We’re beating teams that we should be beating, but it’s a hard battle out there, and definitely a goalie’s game. We just have to keep it up and keep doing what we’re doing.”

In the semi-finals, AC faced a tough challenge against the Lethbridge Hurricanes – the south division’s second-seeded team and one of the Avalanche’s main rivals throughout the regular season. According to Sydoryk, the battle went down to the wire before Avalanche captain Riley Westlund, of Beiseker, sniped the game-winning goal in the final four minutes.

The Avalanche’s winning ways came to an end in the gold-medal match-up, as the squad was shut out 3-0 by the Okotoks M15 Oilers – the AMMHL’s top team, which boasted a 30-1-6 record in the regular season.

“No question, they’re a very skilled, deep and well-coached hockey team,” Sydoryk said. “We battled hard throughout all three periods and never gave up.

“The Okotoks coaches commended us afterward on what a great game it was, because they didn’t really have much competition all year. It was a great game, and I was very proud of our boys for that showing.”

Even though the team enjoyed a strong tournament, Sydoryk said most of the Avalanche players were still disappointed after the loss to Okotoks.

“Any time you have the chance to win a gold medal, you want to win it,” he said. “My view, and my message to the team all year, is that you play your best, and what happens, happens. You may get the bounces and the breaks, and end up on the right side of the scoreboard, but no matter what, you play your best.”

This year would have marked the first time AC qualified for provincials since 2015-16, when the team finished second at the Sutter South Cup. The team learned March 12 that provincials had been cancelled.

"Knew it was coming given the health risks, but sure stings that we aren’t able to attend provincials," Sydoryk wrote on his personal Twitter account, March 12.