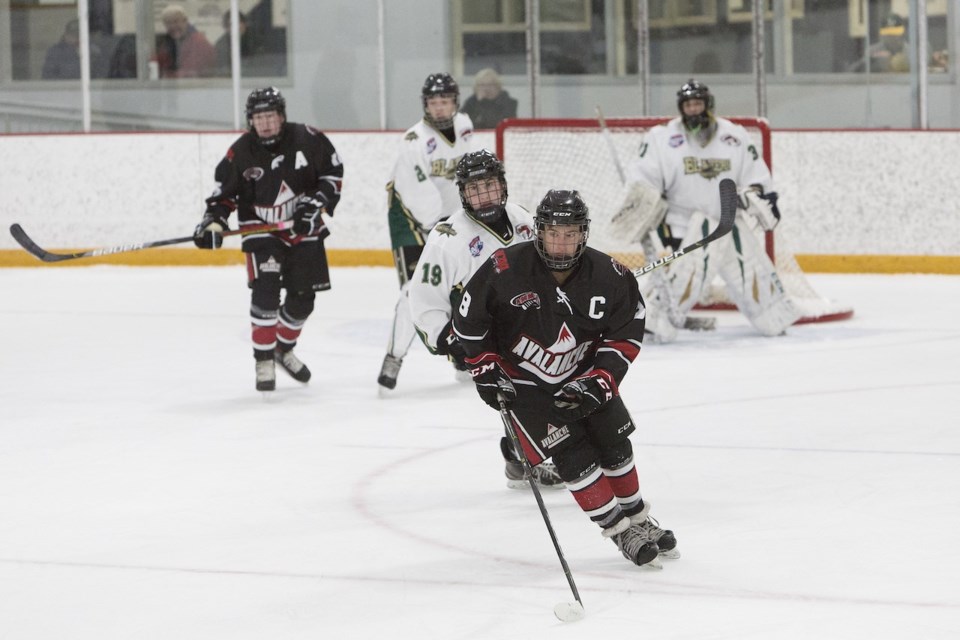 The U16 AAA AC Avalanche has finalized its roster and is preparing for the upcoming season. Photo Submitted.

COCHRANE— The U16 AAA Airdrie-Cochrane Avalanche has finalized its 19-man roster and is ready for the upcoming season, which will include competitive league play.

As part of the Airdrie-Cochrane Athletic Association, this will be the AC Avalanche’s first year under the Alberta Elite Hockey League banner.

The League announced it’s plans for a competitive season on Oct. 1 for the men’s and women’s leagues under its banner.

The AC Avalanche wrapped up its tryouts at the end of September, and head coach Terry Sydoryk said he was impressed with what he saw.

“It was a bit of a unique year, obviously, with the inability to play against other teams outside of the group that was at camp,” he said. “But, we’re extremely happy with what we have and what we saw at camp. It’s a great group of kids, a lot of speed and a lot of skill. We’re excited about what the year is going to present for us.”

The selection process is tough for the coaches, especially in a division as competitive as AAA.

“Every year it’s tough. There are always a few kids that have pretty close to what’s required and you have to make some tough calls. But ultimately, we have to go with what we see at camp, not only just on the ice but also that hunger to play and the willingness to make that commitment to play at this level.”

For the next few weeks, the Avalanche will be practicing and playing a few exhibition games against Okotoks, which is the first team they will face off against when the season officially begins on Oct. 31.

Under the guidance of Alberta Health Services, Hockey Alberta has constructed a safe return-to-play schedule for the league.

The AC Avalanche has been placed in a four-team pod along with Okotoks, Medicine Hat and Lethbridge.

The Avalanche will face off against the teams in their pod, playing three games against Okotoks first, before taking on Medicine Hat and then finally Lethbridge, with a two-week break between each three-game series.

Sydoryk said that he’s approaching the season trying to instill an understanding in the kids competing that the year will be more development-focused than a regular season.

“We have nine league games before Christmas and typically we would have twice that,” he said. “So it’s great, but at the same time it is different.”

Despite not having a full season scheduled, Sydoryk said, many of the kids are excited to return to the ice.

“You’re playing in the elite stream, the AAA stream, these kids are driven, they’re committed, they have a higher skill level. Their aspirations are to continue on with hockey to some sort of Junior level, or to university or semi-pro and eventually on to pro,” he said. “That comes through competitive games, so we’re very much excited about getting some more of that.”