“I think all of the coaches, all of us are really excited. It’s almost a new year if you like. We’ve got a new people joined, and a lot of our old favourites have come back, but we’ve got a lot of new people joining and I think it’s just because they’re keen to get out and try something and get some exercise."
Jun 26, 2021 12:00 PM By: Tyler Klinkhammer 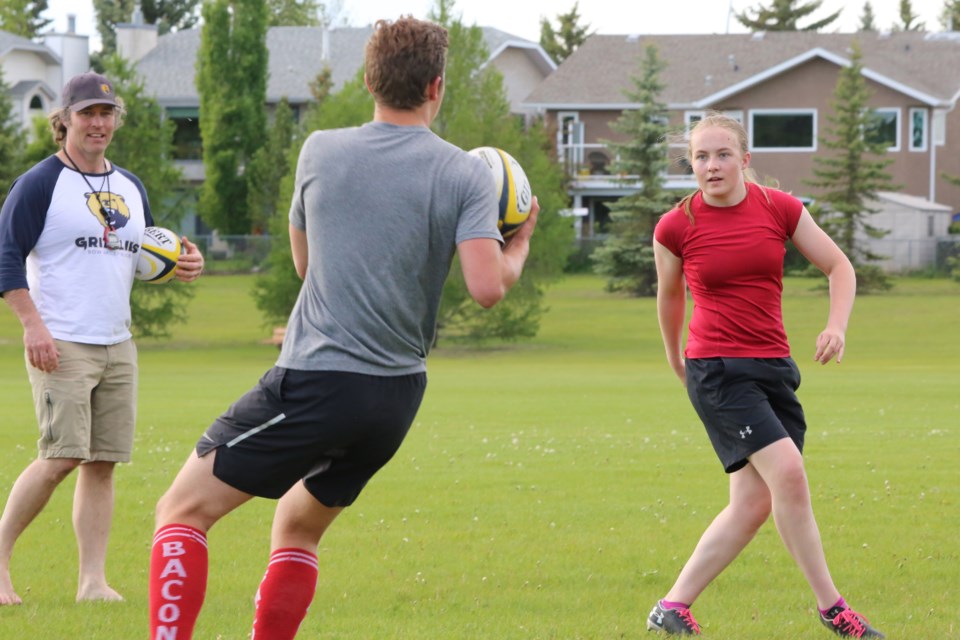 COCHRANE— The Bow Valley Rugby Club recently resumed its regular programming and is back on the pitch holding practices and hoping for a full season of play.

Club manager Francine Horton said the club is waiting to hear from the Calgary Rugby Union on the status of the other teams in the league to determine what a competitive season might look like.

“We’re just waiting to hear from them. Obviously, we don’t know what other clubs are doing in terms of numbers,” she said.

Last season the Bow Valley Rugby Club was forced to forego its season due to the COVID-19 pandemic, Horton said, and it has been exciting to see many of the players return to the field this year.

“I think all of the coaches, all of us are really excited. It’s almost a new year if you like ... A lot of our old favourites have come back, but we’ve got a lot of new people joining and I think it’s just because they’re keen to get out and try something and get some exercise,” she said.

It took significant behind the scenes work to get all of the required plans in place, she said, but the gratitude from the membership of the club makes it worthwhile.

“It took a lot of time, hours and hours, but we’re really glad we did it,” she said. “We’ve had a couple of people come up to us in the stores and say, ‘thank you so much for getting it going, my son was missing it so much,’ so we know it’s important for a lot of people.”

The club usually begins practicing in May, with a season that runs before the summer months when many families go on vacation, Horton said.

Due to the late start this year, many of the age categories will have their seasons extended into July and August.

Although the plans for a competitive season are still uncertain, Horton said, the teams are ramping up at practice and preparing for regular game play.

“We’re still kind of playing it by ear a little bit, but we’re getting to the point where we’re going to be teaching contact shortly,” she said.

Anyone interested in seeing what the game is all about can come out to the practices on Tuesday evenings at Mitford Pond, which begins at 6 p.m. for the younger kids and 8 p.m. for the adults.

Rugby Canada has also lowered its insurance rates for this season, so the registration fees are considerably lower this year, Horton said.

“Now is a really great time to come out and try the sport,” she said. “It would be really nice to get some kids out to see what it’s all about.”

“I think they’re just waiting to see really who’s around and who can play,” she said. “It looks like they might have some sort of Seven’s season maybe in September. I think that’s kind of the plan for the adults, if we can get these teams going, which I think it's going to be hard for some clubs.”