"We are comfortable in our dressing room and having last change ensured we can get the matchups we want. Home ice has been very good to us this season and we want to continue to take advantage of it."
0
Mar 13, 2020 9:30 AM By: Troy Durrell 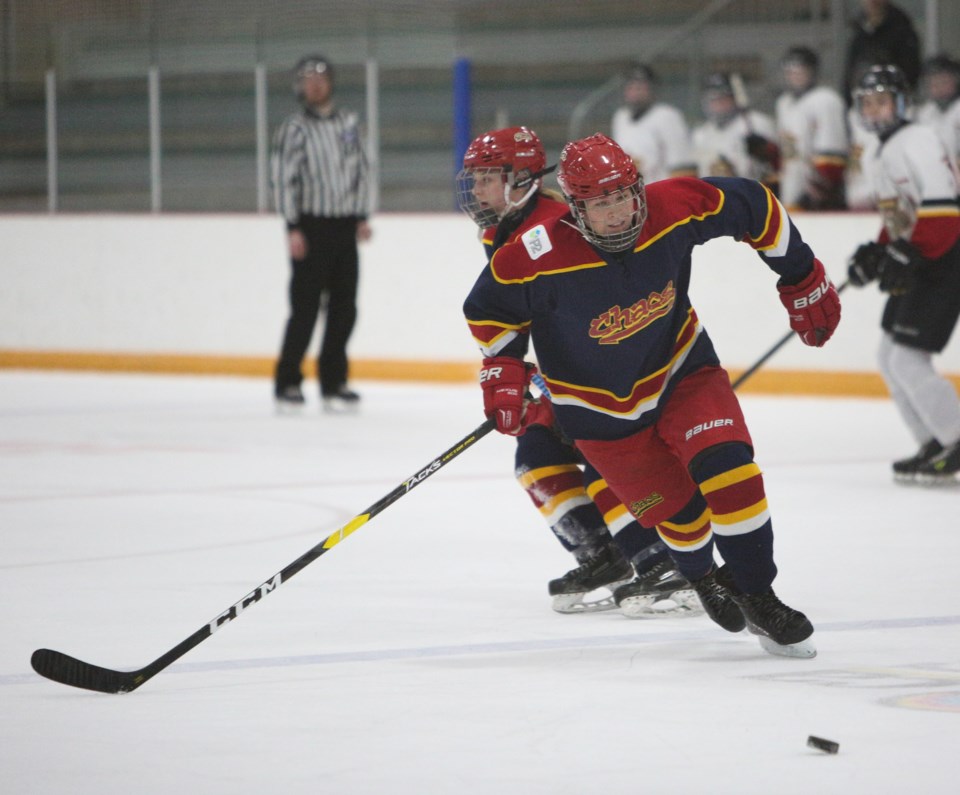 The Cochrane Chaos are looking to punch their ticket to the AJFHL Finals. File Photo

The Cochrane Chaos got off to a hot start in their Alberta Junior Female Hockey League (AJFHL) third-round matchup with the Calgary Titans, as the Chaos stormed into enemy territory and took a very intense 4-3 win in Game 1 of the best-of-three series on March 8.

Cochrane got out to a quick start, leading 2-1 after one and 3-2 after two. The third period was action packed, but Cochrane managed to put up another goal on the scoreboard while only allowing Calgary to find the back of the net once more as well which led to a 4-3 victory. Colbi Brown, Audrey Buston, Shea Dolan and Kaley Mueller all had goals for the visitors with goaltender Kate Kowalchuk backstopping the Chaos to the win with a 29 save performance.

"The girls were really resilient dealing with adversity during the game," said Chaos head coach Derek Loomer on how he felt Game 1 went. "Each time the Titans scored we were able to keep our composure and retake the lead. That was probably the most important part of the game."

"Winning the first game puts a lot of pressure on the Titans, especially entering the series as the top seed. We should be able to attack hard in our building and add to the pressure."

It has been well documented that the Titans have given the Chaos some trouble this season. Cochrane went 0-3-1 against the Titans, being outscored 13-4 in the process. Loomer said his team made the necessary adjustments that helped push them over the top in Game 1.

"Most of the games this year came down to a couple of mistakes and a couple of bounces," Loomer said of the early season matchups. "Having gone to the final the last two seasons we have a lot of experience in these situations and can focus on our game plan and stick to our process even when faced with adversity. Winning the first game makes it even easier to shake off adversity."

Cochrane has been blessed this season with two solid goaltenders in Jenna Weseen and Kate Kowalchuk, something that really benefits the team according to Loomer.

"Kate was very motivated all week and made some great saves when needed," he said. "Jenna led us to the final last season so having both goalies with that experience is a benefit to our players."

The series will now shift to Cochrane for Game 2 on March 13 with puck drop going at 7:45 p.m.

"We need to ensure we are prepared to play all 60 minutes and capitalize on our chances. We need to work hard to make sure the bounces go our way," Loomer said of what the Chaos need to do in order to find a series-clinching win.

"We are comfortable in our dressing room and having last change ensured we can get the matchups we want. Home ice has been very good to us this season and we want to continue to take advantage of it."