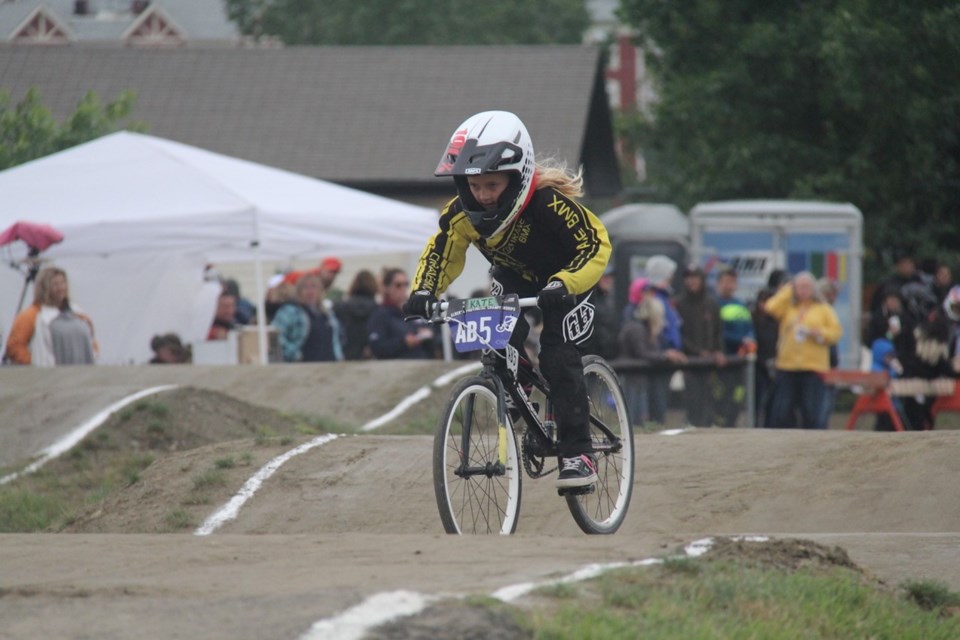 Cochrane BMX will be hosting Alberta on Sept. 7 and 8. Submitted Photo

Cochrane BMX Association is gearing up to host its first Grands and Provincial Championships when the 2019 version of the event is in Cochrane on Sept. 7 and 8 up at the Cochrane BMX track.

Cochrane BMX president Adam Ross said the association has been preparing for this event since the beginning of the season.

"We're expecting around 650 racers to be there, ranging anywhere from five years old to people in their late 50s and we will have racers competing in novice, intermediate and expert calibre events," Ross said. "It's been a process of the entire season, getting ready for things."

"We have to have a track that meets the requirements of the Alberta Bicycle Association for safety sake, but we also have to cater to how five-year-olds ride, how expert 20-year-olds ride and how older, slower people might ride. It's been an interesting process to get our track up to standards and has probably been the biggest work that we've had to put in. We have a board of 12 or 13 people, where everyone has had some kind of role toward making this work. Whether it's awards, sponsorships, that type of thing, we've been actively engaged in that since the spring where we've had a series of meetings in order to prepare. But now that it's just over two weeks away, we have to make sure the track is ready to go and make sure all the little details that will take a lot of  man-hours, are ready to go."

Cochrane BMX riders have had a very successful season hauling in medals left, right and centre. Ross said that has only added to the excitement of hosting a race of this magnitude.

"We've never hosted the Grands before so I'd say the excitement is very high. People are just over the moon to be able to showcase the track, the ridership, the community to Alberta. The town has taken a big interested in it as well. Local shops want to be part of the event and make things happen," Ross said.

"The excitement level is high but so is the level of anticipation of wanting to do a good job. We want to make it really good and make it a good show."

The event is free to the public and races will begin at 11 a.m. on Saturday and 10 a.m. on Sunday and will run throughout the day on both days.