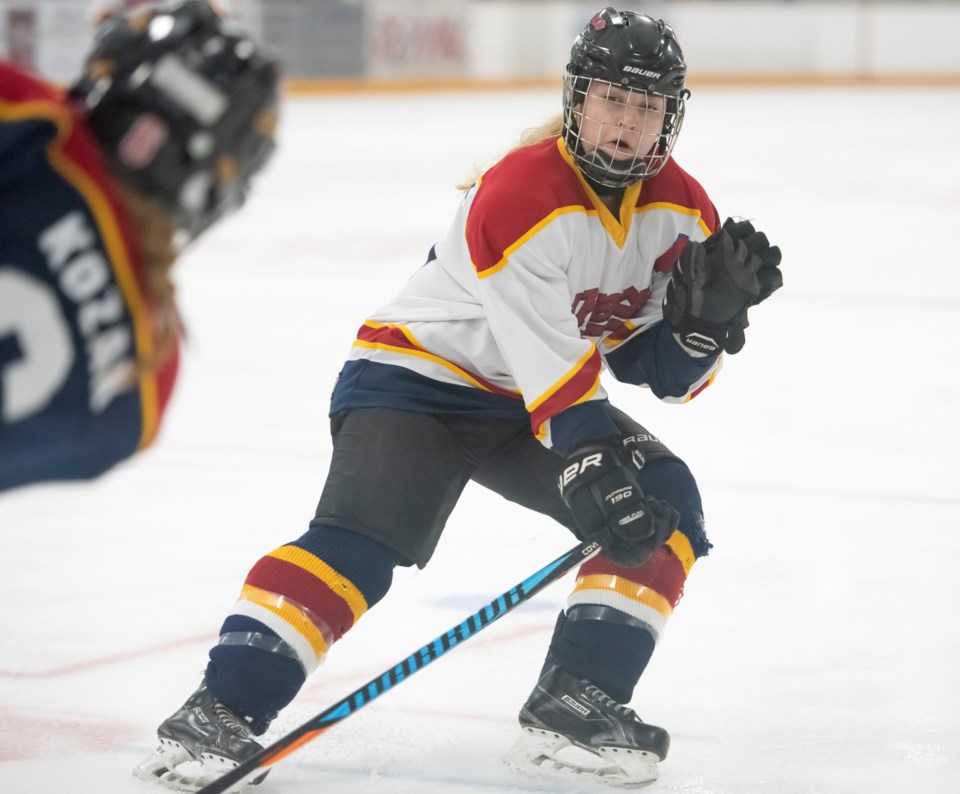 The Cochrane Chaos are now into the Holiday break. Submitted Photo

The Cochrane Chaos are done with the 2019 portion of the Alberta Junior Female Hockey League (AJFHL) schedule and are now looking ahead to 2020.

Head coach Derek Loomer said the first half of the season was a good chance for the coaches to see what kind of team they had.

"The first half (of the season) has been a good opportunity to get to know the new players and see how everyone fits this year," Loomer said. "We're looking forward to the second half to build on the momentum established so far."

The Chaos went 2-1-1 in the month of December, with their tie and loss coming to two of the stronger teams in the league. Loomer said that it's good to know that his group can hang in with the best teams in the league even when they aren't playing their best.

"I like the competitive level of the teams we are playing this season as it really prepares the players for the playoffs," Loomer said. "I believe if we are at our best we can match up well with all the teams in our league and having tough games throughout the season prepares us for those playoff games where the competition is elevated."

Through the midst of the season, the group has found something in forward Kaley Mueller, who leads the team in scoring with 22 points in 14 games, nine more than the next closest player. Loomer said he's been happy with her play so far.

"Kaley has a great shot that is both hard and deceptive and her scoring instincts are excellent. She also pays the price by going to the tough areas where goals are scored in this league," Loomer said of his leading scorer.

"To me scoring is a mindset and we have several players that have the confidence and determination to put the puck in and Kaley has done a great job executing so far this season."

The group will be off until Jan. 2 but will have 10 players taking part in the AJFHL all-star game and skills competition on Jan. 4 in Penhold. They will compete in the fastest skater, shooting accuracy drills and hardest shot.

The Chaos will return to the ice on Jan. 11 against the Sherwood Park Steele.