“That fact that we’ve been able to offer a consistent club-based program, where they have competitive opportunity, they have a distraction, they have goals to work towards, they have a community where they can have team camaraderie in a time where we can’t have interscholastic sport… to be able to offer that consistency, I don’t think I can put a price on it— It’s massive."
Nov 10, 2020 12:00 PM By: Tyler Klinkhammer 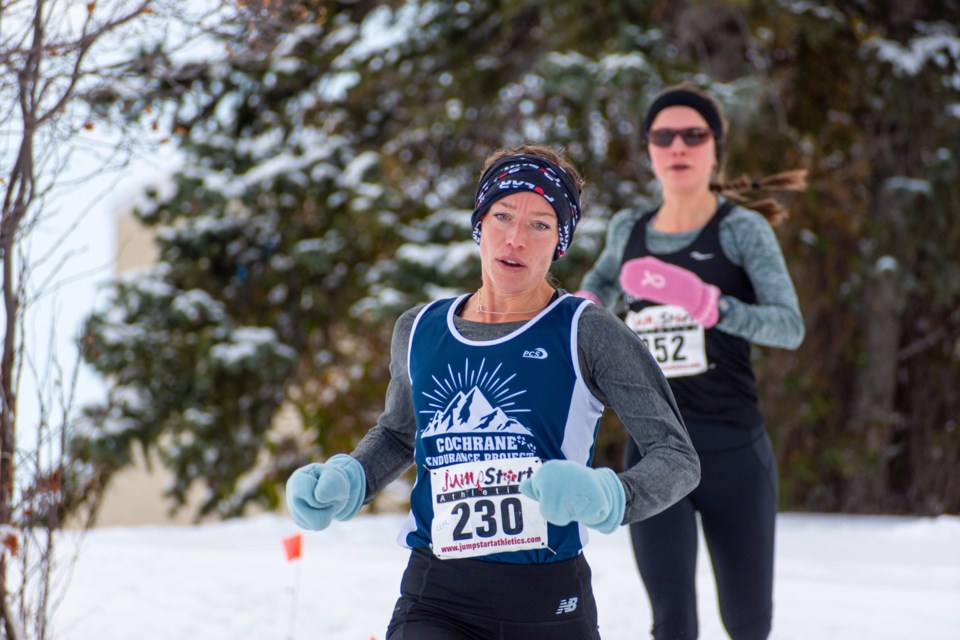 The athletes have had a successful season so far, most recently at the Athletics Alberta Race on Oct. 24.

The U16/U18 High School Boys won big at the race finishing first in the team competition, and head coach of the Cochrane Endurance Project, Travis Cummings, said he likes their chances at repeating that victory at provincials.

“They have a very good shot, they’re one of the strongest teams going into provincials next week,” he said.

The athletes in the Cochrane Endurance Project are busy fine-tuning their skills and getting focused on competition running, Cummings said.

“Running is a skill-based sport. A lot of it is fitness, but it’s a skill-based sport, just like any other sport. At this point in the season, we’re not really focused on getting more fit, because we’re as fit as we’re going to get. We’re focused on rest and fine-tuning our skillsets to be able to execute them properly at the right spots during the race in order to maximize our fitness,” he said. “We should be ready to have our best races next week.”

The athletes are going to need to maximize their potential, especially this year.

The competition in endurance sports this year has seen a bump in the level of athletes attending, Cummings said.

“We’ve had some pretty high calibre athletes, you know world-class Olympians and things like that. There’s not really anything else going on right now as far as competition,” he said.

The COVID-19 pandemic, he said, has led to athletes of other disciplines getting involved with endurance athletics, and the Cochrane Endurance Project has seen a boost in numbers.

The nature of cross-country running makes it easy to stagger athletes and social distance, which means competitions can go ahead as usual.

“It’s given the kids involved in running some normalcy, they still have competitive opportunity,” he said.

In a normal year, most track events are planned through schools, which often get cancelled due to weather events, Cummings explained.

In the club system unless there’s a “biblical flood,” he said, the competitions proceed despite inclement weather events, which has resulted in endurance athletes getting a full season, instead of a partial one.

“We’ve actually had a lot of races cancelled in the school system in the last few years. I’ve coached kids for like three years, and they didn’t even get a full season until this year,” he said. “So the irony of COVID is that it’s opened up competitive opportunities for these kids.”

Many athletes who are craving competition have gotten involved in endurance sports for the first time this year.

The year has been hard on the new runners, Cummings said, many of who have learned hard lessons at races.

However, over the course of the season, the athletes have shown notable improvement, and Cummings said he’s excited to see how they perform on at provincials.

“Our group has gotten better every race, more experience and more comfortable,” he said. “Our U16 boys are going to be one of the best groups going into provincials on the weekend, we’ve got some seniors that have had breakout races over the last few weeks.”

In the midst of the pandemic when many of the extracurricular benefits that students look forward to have been interrupted, having an outlet that student-athletes can participate in is invaluable to their mental health, Cummings said.

“That fact that we’ve been able to offer a consistent club-based program, where they have competitive opportunity, they have a distraction, they have goals to work towards, they have a community where they can have team camaraderie in a time where we can’t have interscholastic sport… to be able to offer that consistency, I don’t think I can put a price on it— It’s massive,” he said.

Cummings, who teaches at St. Timothy High School, said the school year has been difficult for everyone.

“There are so many new protocols that we need to abide by to make sure that we don’t have to teach remotely again,” he said. “It’s good, and we do it, but it’s exhausting just to make sure everything is in order and that everyone is following the rules. It’s a grind.”

Cummings noted that the Cochrane Endurance Project has been a positive outlet for both the young athletes involved, as well as the coaches.

“I think it’s been big for us over the past couple of months to build a positive community, a positive training and competition community with the Endurance Project to keep people's spirits high. It’s been big for the students and the coaches in the program.”

The Athletics Alberta Provincials on Saturday (Nov. 7) will be the climax of the season for endurance athletes as nationals have been cancelled this year due to COVID-19.