“With some of the recent news from Football Alberta and the Alberta government, basically AHS’s Stage Two, that allows cohorts of 50 and football to start up again, we figured we would over some of the guidelines and some of the plans we’ll have for the season to make sure that it’s safe and fun and productive for the players."
Jun 24, 2020 12:00 PM By: Tyler Klinkhammer 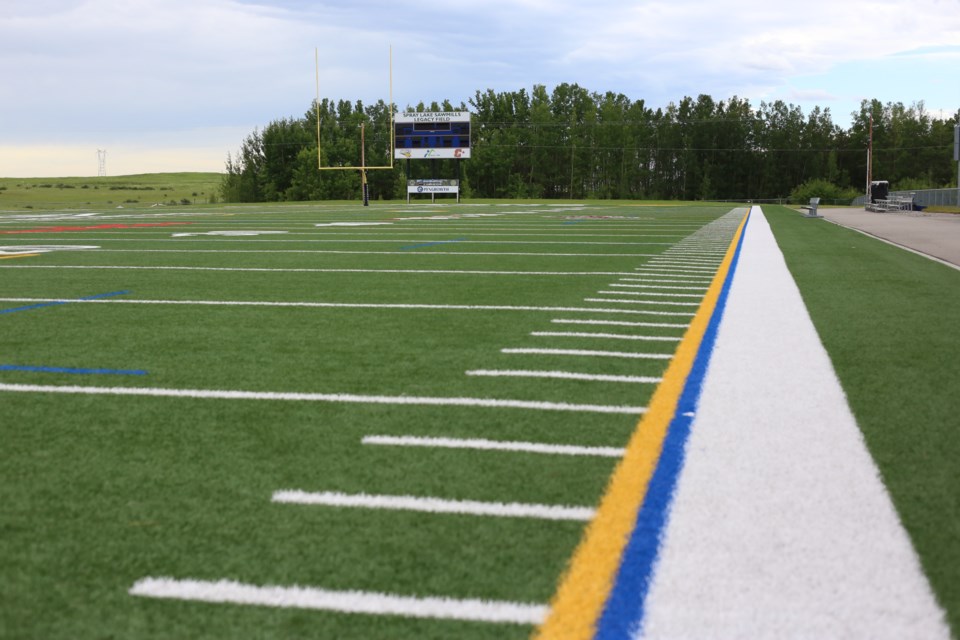 COCHRANE— Cochrane Minor Football has opened for registration after getting the go-ahead from the province earlier this month.

On Tuesday (June 30) at 7 p.m. Cochrane Minor Football is planning to host its Annual General Meeting, as well as an information session to update parents on some of the regulations implemented by Football Alberta.

Cochrane Minor Football vice president Paul Vaillancourt said he hopes that the information session will answer some of the questions parents may have regarding the current season and COVID-19 regulations.

“With some of the recent news from Football Alberta and the Alberta Government, basically AHS’s (Alberta Health Services) Stage Two, allows cohorts of 50 and football to start up again, we figured we would go over some of the guidelines and some of the plans we’ll have for the season to make sure that it’s safe and fun and productive for the players,” he said.

On Thursday (June 18), Football Alberta released a number of measures, which allow for a modified reopening for minor football in the province.

Under these guidelines, teams are required to have no more than 50 people within the team or cohort. The 50-person maximum includes players, coaches, trainers, equipment managers, general managers, etc. No player on a team may be part of any other team or cohort— This includes summer sports camps. Should any of the players wish to attend a camp or sign up with another team, they will have to wait until 14 days after their current team has concluded its season. During Stage Two, no competitions or interaction between different teams will be permitted. What is permitted at this time are “training camps, skill development, and system implementations,” according to Football Alberta. Competitions will be allowed within each team under “stay and play” guidelines, however, meaning teams can run scrimmage games within their own organization.

According to the Football Alberta website, teams may be able to compete against one and other when the province rolls out Stage Three, but that decision will be up to Alberta Health Services and the Alberta Government, notes the document.

The athletes themselves may be responsible for certain pieces of equipment, and for their own water, as there will be no sharing of water bottles or a team watering station during Stage Two.

Vallaincourt said that much of the season will be business as usual. Being a sport that involves a lot more practicing than playing, football is unique in the way athletes prepare for games, and much of that, besides new safety guidelines, will not change, he said.

“Basically what we’ll be doing is skill development,” he said. “Linemen can get in their stances and block, defenders can tackle, and quarterbacks can throw the ball. And, you know, there will be a lot of guidelines for physical distancing and hygiene, and screening."

Vallaincourt said that despite the lack of competitive play this season, he feels it is important to continue the development of the players.

“Cochrane minor football is part of the development process for all of football in Cochrane, and Cochrane is a football town. We’re happy to do our part to train up these kids, and develop these kids so that they can enjoy high school football and hopefully university, or junior football as time goes on,” he said. “I think it’s important for them to continue their journey.”

Vallaincourt said that he hasn’t heard many concerns from parents yet, and many are happy to see the sport return.

“We’re hopeful with all of the safe contact measures in place, and a big focus on safety and changing the way practices are done, and tackling is done, that parents will feel more comfortable than ever to have their kids play football,” he said.

For a complete breakdown of the new safety guidelines visit the Football Alberta website at footballalberta.ab.ca.