“It’s like a dream come true for me. Ever since I started running it’s been my goal and my family’s that I would run somewhere for a university. Just to be able to do that, all my hard work is paying off."
Feb 15, 2021 3:00 PM By: Tyler Klinkhammer 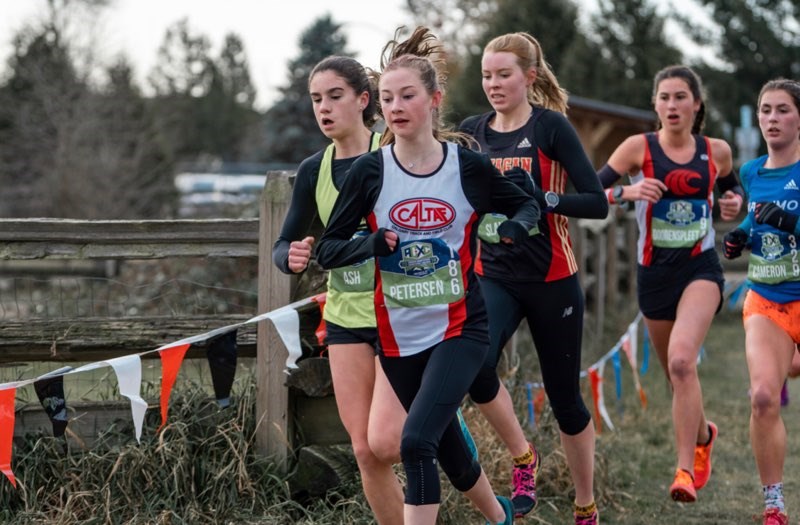 COCHRANE— Local track and field star Darci Petersen will be making her way to the east coast of Canada to continue her track career at St. Francis Xavier University after accepting a full scholarship to the post-secondary institution.

Seventeen-year-old Darci’s track career began in Grade 6, and since she first laced up her running shoes, she’s been winning competitions and breaking records.

Darci is the only student in St. Timothy Junior High School history to compete in and win three consecutive city championships in Grades 7, 8 and 9.

She holds school records in the 1,500 and 3,000 metre race categories, as well as the 4x100 relay record, which she set in Grade 10. That same year, Darci won three cities' championships and received two Alberta Schools’ Athletic Association provincial medals.

Darci said she realized quite early that she had an aptitude for running. She began running with a track and field club, but really fell in love with the sport when she got involved with the track program at St. Timothy run by coach Travis Cummings.

Darci said she had been in contact a few universities since the beginning of the school year, and finally decided to head to Canada’s east coast to St. FX to join the U Sport stream, rather than joining the NCAA.

“I was excited and nervous. I didn’t know what to pick first, because I had a deadline that I had to pick one of my offers by. I didn’t want to make the wrong choice, because one was an NCAA choice and one was U Sports, so I had a battle between which one I should pick.”

She said St. FX felt like the natural choice, for two reasons.

“St. FX just felt like the better choice for me. St. FX has [Eric Gillis], the coach there, he’s a really, really great coach, and the atmosphere there feels really good. It feels like a family and I haven’t even been there yet.”

“Everyone that I talk to said he’s such an amazing coach, and the coaching there is so good and he’s really motivating and encouraging. That was a really big factor for me,” she said.

Petersen said she hopes to learn from Gillis, but doesn’t have a specific plan.

The second reason Darci chose St. FX was because of her family’s roots in the east coast of Canada.

“My mom is from Nova Scotia, so it was kind of a dream of both of ours to go there and tie back into where she’s from,” she said.

Darci hopes to one day represent Team Canada on the world stage, but for now is excited to reach this milestone and head out east.

“It’s like a dream come true for me. Ever since I started running it’s been my goal and my family’s that I would run somewhere for a university. Just to be able to do that, all my hard work is paying off,” she said.

Darci credited her family and coaches for her success and said their belief in her was always unwavering.

"A lot of it was my coaches," she said. "They all pushed me and let me know 'we know you can do this,' and that this was never a goal that was out of reach, that it was always a possibility for me. Even my parents, they were always taking me to races and after every race, if it went the way I wanted it to or not, they were always supportive."