"Nashville has great chants that their fans do and once they got those two quick goals, their fans gained some energy and I think it woke up the home crowd a bit. Once those 85,000 people (did that) it turned into a madhouse. It was definitely special to be there."
0
Jan 9, 2020 3:00 PM By: Troy Durrell 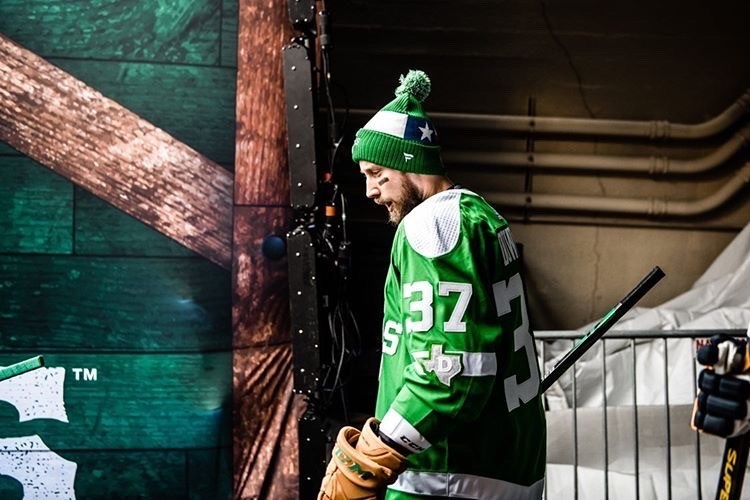 The NHL's Winter Classic is one of the key dates circled on every hockey fan's calendars with two teams and their fanbases going back to their roots of the outdoor rinks and ponds they grew up on with the celebration of the sport in the annual New Year's Day outdoor game.

This was the case for Cochrane's Justin Dowling who has become a full-time member of the Dallas Stars this season and got to take part in the outdoor event, and while he didn't get to suit up for the game itself, he said it was still an amazing experience when the Stars took on and defeated the Nashville Predators by a 4-2 score at the Cotton Bowl Stadium in Dallas.

"I took part in warm-ups but ended up being the 13th forward. It was still an amazing experience," Dowling said. "The stadium was pretty much full for warm-ups and it was a surreal feeling being out in front of that many people. Also, the build-up before the game took place was crazy as well. We had the NHL Network cameras follow us around for a few weeks leading up to the game, to the practice in the stadium and the family skate the day before the game as well. It was all just a great experience."

While not playing in the game itself wasn't the result Dowling wanted, it gave him the opportunity to partake in both sides of the event. As a player and partially as a fan.

"I mean, I've been to a bunch of games in other sports that have had over 100,000 people in the stadium but I don't think I've been anywhere that had that much sustained excitement for that long. There were people who stood the entire game," the Cochrane forward said.

"Nashville has great chants that their fans do and once they got those two quick goals, their fans gained some energy and I think it woke up the home crowd a bit. Once those 85,000 people (did that) it turned into a madhouse. It was definitely special to be there."

Dowling added "being on the ice was a different feeling as well. You can feel the excitement building but there was also a calmness to it as well. The fans don't sit right on top like in the American Airlines Center."

"They're back quite a bit from the rink so there was a bit of an eeriness feeling on the ice. It was quieter than you would have thought on the ice for how many people were there ... but in the crowd, it was electric."

Dowling's family and some friends made the trip up to Texas in order to participate in the festivities, something Dowling said he'd never forget.

"It was great to have them come into town. It was the first Christmas with my family since my rookie season eight years ago," Dowling recalls. "It definitely made everything a little more special. All big moments in life are made more special when you're with family and friends."

"My mom, dad, mother in law and two of my oldest friends (Tyler Reid and Kace Warner) all spent more than a week here and were all able to come to the family skate at the Cotton Bowl. It brought back memories of being on the outdoor rink when I was growing up. Makes for a cool moment that the first time I skated on an outdoor rink was with the same friends and family I skated with growing up ... this time it was just in Dallas, Texas at the Cotton Bowl."

The state of Texas is known for its love of football, but Dowling said this game and the experience that comes with it, should help grow the game in the area as well as non-traditional hockey markets.

"I think it's pretty clear that Texas has become a great hockey market. Selling out a stadium that seats 85,000 people should be enough proof," Dowling said.

"But for anyone who was in Dallas for the lead up to the game would know what this game meant for the city. No matter who you talked to or where you went, everyone knew there was a hockey game happening outdoors on Jan. 1. We had a police escort to the stadium the morning of the game and the number of cars and people that were pulled over cheering and honking their horns as the bus drove by was crazy."

Dowling, who has scored three goals this year, one of which was his first National Hockey League goal on Nov. 13 in his home city of Calgary during a 3-1 victory over the Flames, hopes to help the Stars to a successful second half of the season.

"I think as a team, our goal is to try and stay in the top three of our division. Worry about our game and being at our best to hopefully take a run at first place in the central (division)," he said.

"Making the playoffs is the first step in hopefully a long journey to finish the season in June. Personally I'd just like to be able to contribute in any way I can to help my team keep putting up wins and to build off a good first half of the season."