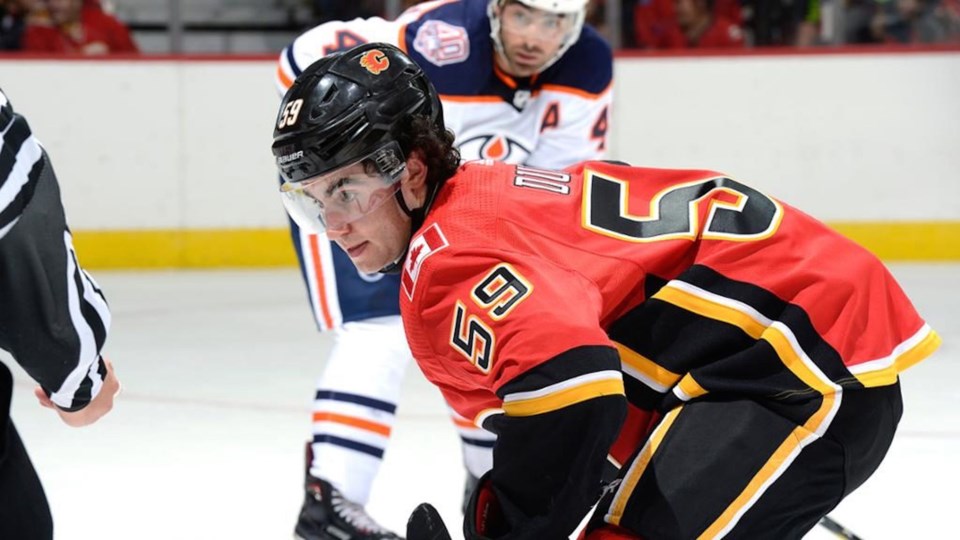 Cochrane will be represented at the Calgary Stampede Parade as Dillon Dubé will partake as a member of the Calgary Flames.

Cochranite and Calgary Flames forward Dillon Dubé will have the chance to ride in tomorrow morning's Calgary Stampede Parade in the heart of downtown Calgary.

Dubé who will be joined by Flames teammates Mark Jankowski and Matthew Tkachuk, are part of the Calgary Sports and Entertainment (CSEC) float, which incorporates each of the four teams under the CSEC umbrella while embodying a theme of community and team-work.

"The 2019 Grey Cup Wagon will lead off this year's entry with Canadian Football Hall of Fame member and former Stampeder Grey Cup Champion Rocco Romano, who will be holding The Grey Cup trophy. Romano will be joined by Grey Cup Festival Mascot; Buddy the Beaver and 10 future football players and fans. The Stampeders Outriders presented by New West Truck Centres will follow carrying the 2018 Grey Cup Champions banner," the Flames said in a statement on the team's website.

"The Roughnecks will be well represented as the majority of players make their way back to Calgary to celebrate their 2019 NLL Championship. They will be bringing the trophy and carrying an NLL Champions banner. The CSEC entry will be pulled by the Flames Ice Crew with representatives from each of the four teams on horseback."

The 4.5 km parade route kicks off the 107th edition of the "The Greatest Outdoor Show on Earth!" The parade begins with the World Champion Calgary Stampede Showband followed by a dynamic ribbon of pageantry, featuring floats, bands, riders, celebrities and cultural entries.

You can check out Dubé and the rest of the parade members when the event kicks off at 7:30 a.m.