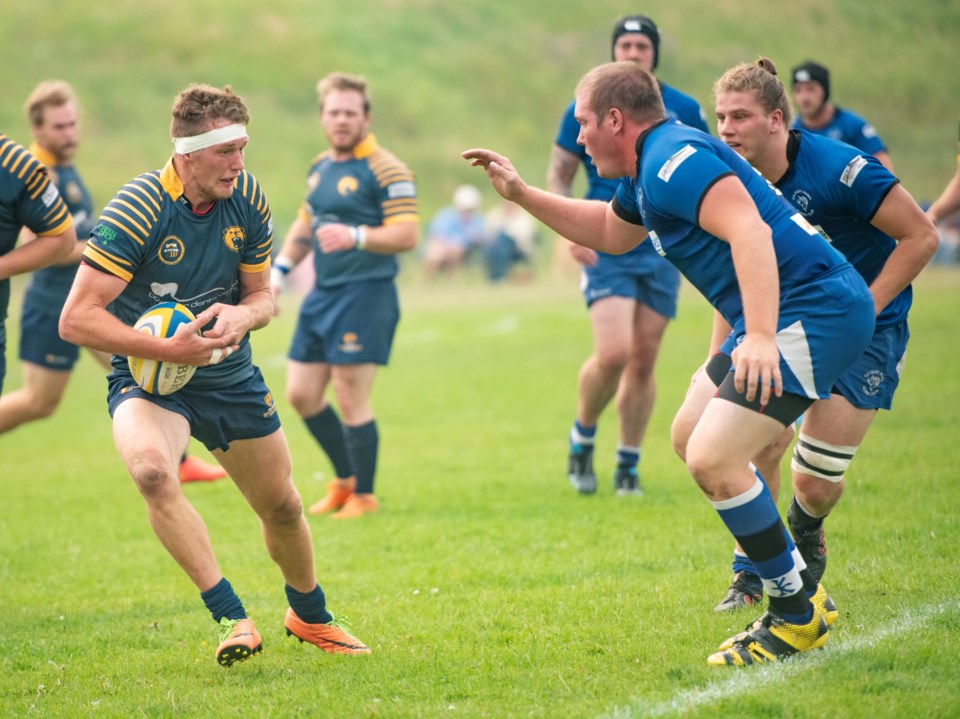 The Bow Valley Grizzlies are looking to finish the season strong. File Photo

The Bow Valley Grizzlies will always continue to fight. No matter the opponent, the venue or the score, when you're taking on the Grizz, you know they'll battle to the very end of the game.

That was no different when Bow Valley took to the pitch on Aug. 10 at Mitford Park against the Clansmen RFC in Alberta Championship action. The majority of the game was back-and-forth with both teams fighting for every inch of the field but the Clansmen were able to pull away at the end with a 27-12 victory, pushing the Grizzlies to an 0-2 record in the final leg after Bow Valley also lost 31-14 to the Calgary Saracens RFC.

So far this season, the Grizzlies have gone 2-3 in the local round-robin of the Alberta Cup, good for ninth out of 12 teams while scoring wins over the Calgary Saracens RFC and the Calgary Canadian Irish AC by scores of and 34-31 and 43-5. They scored 125 points while allowing 194 for a minus 69 point differential, with many of those points coming in a lopsided loss to the Calgary Rams RFC.

Grizzlies head coach Ty Hawes said the game this past weekend was disappointing, but the boys are continuing the upward trend of constantly getting better in the highest division of the Calgary Rugby Union.

"Yeah, it was a tough loss for the boys but we as coaches saw some good things Saturday," Hawes said of the game this past weekend. "We've implemented some new systems and the boys showed some good integration in the second half."

"We've had a couple of close losses (this season) in this second half but the boys are trending upwards, we've got a lot of youth in the squad and really putting in some good showings against some grizzled vets tells me that the future is bright in Bow Valley."

The men in blue will look to regroup from the loss with upcoming games against the Calgary Canadian Irish AC on Aug. 17, the Leprechaun Tigers RFC on Aug. 24 and the LA Crude RFC on Sept. 9 at Mitford Park. Hawes said he's looking for the group to give it their all in the final three games of the season.

"The focus is getting guys that have put in the hard work opportunities to play and get experience at this level," said Hawes. "The whole idea of the new league structure was to get teams more meaningful, competitive games so I think the league has done a great job with that, I'm expecting some close hard-fought games with the three remaining contests."