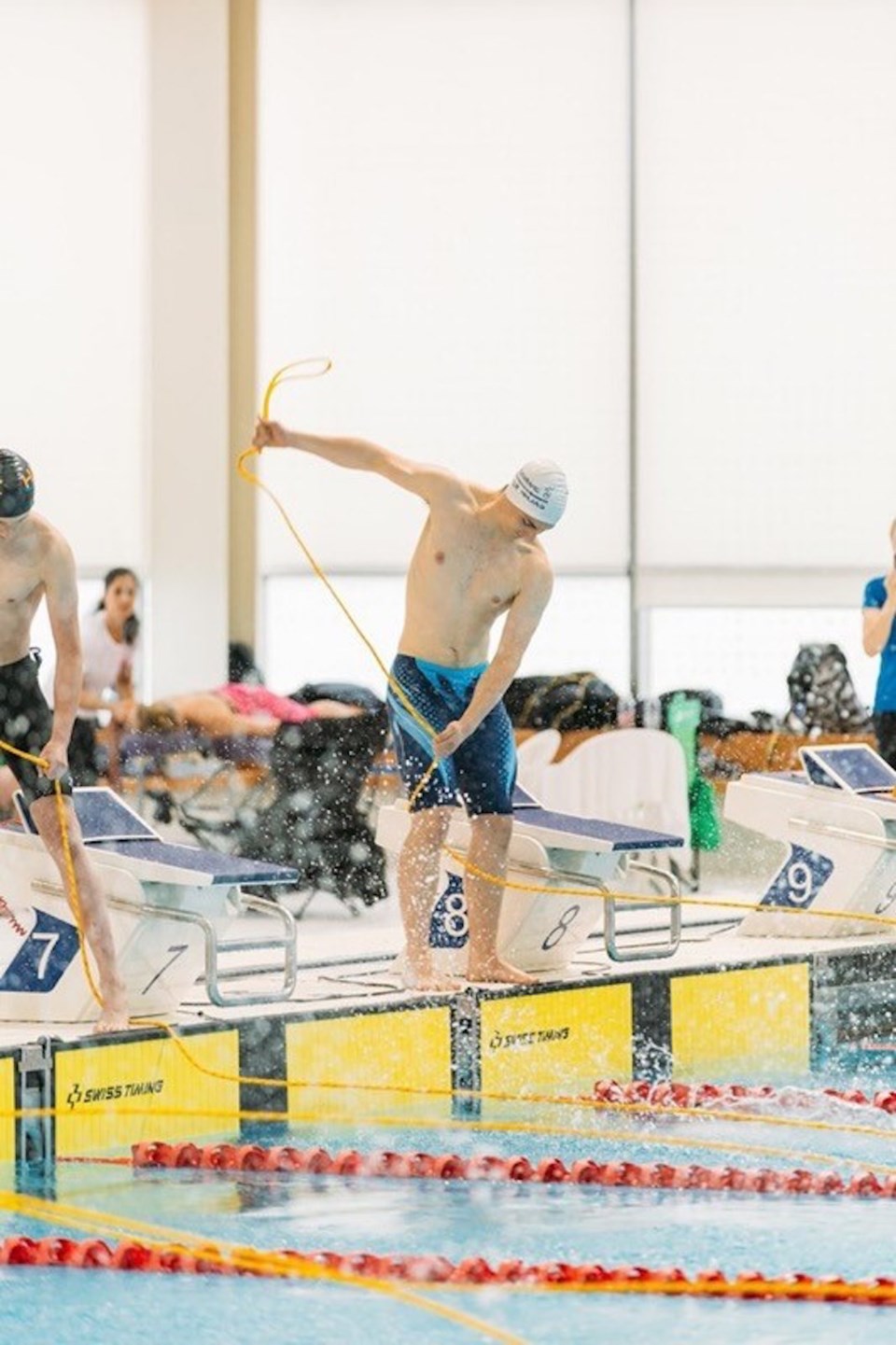 Joel Smyke (pictured) and Kevin Knopf will be participating in the Commonwealth Lifesaving Championships. Submitted Photo

A pair of Cochrane swimmers who are used to competing locally will now be taking their skills and trying them on the big stage.

Cochranites Joel Smyke and Kevin Knopf, who are current members of the Cochrane Water Ninjas lifesaving club, will be taking part in this year's Commonwealth Festival of Lifesaving championships that will be taking place Nov. 21 to 23 across the pond in Leeds, United Kingdom.

The festival aims to encourage participation in lifesaving sport and further development of lifesaving practices, as well as bring the lifesaving family together. In addition to the Commonwealth Lifesaving Championships, the 2019 event will also include an individual skill element and non-competitive sports section.

Knopf and Smyke competed in Nationals earlier this summer and finished with stellar results, which qualified them for the Commonwealth Championships.

"I was absolutely ecstatic about receiving the invitation to the development team, and then the promotion to the national team amplified that," said Knopf when he heard the news about qualifying for the Commonwealth Lifesaving Championships.

"We haven't been told which events we're participating in, but we will be in Leeds for a week leading up to the competition in order to adjust to the time change and get some team practices in. The events are all based on actual lifesaving skills that are modified to a race environment. With the team we have, I have high hopes that we could place in the top 10."

"A huge rush of adrenaline, excitement and euphoria," Smyke said, echoing what his teammate said. "I expect that it will be an amazing experience ... I am extremely excited to be competing with Canada, and many other countries part of the Commonwealth. I have been more motivated now more than ever, and I am hoping that I can push through and get best times in at least half of my events."

This event will be both Knopf's and Smyke's first international competition after numerous of local provincial and national events.

"This will be both mine and Joel's first international competition," Knopf said. "It's incredibly exciting and it will be awesome to see a new country and see the skills of athletes from other countries."

"It's so exciting. When I started lifesaving four years ago, I never thought I would make it this far. Seeing all this hard work and determination paying off is just amazing," Added Smyke.

Both athletes said they wouldn't have made it to where they are if it wasn't for the Cochrane Water Ninjas.

"It's helped me so much," Smyke said. "Being a part of the Water Ninjas has sparked my love for competing and working hard for my own goals. My coaches over the years have been so helpful and inspiring. My current coach, Marlee Palmer, has done so much to help me reach my goals and push me harder these past years."

"Being on the team is the only reason that either of us have reached this point," Knopf said. "Our coach Marlee Palmer has inspired us so much to help us in getting here."