"It's a crazy feeling," Nusl said of the victory. "So proud of this team and all the adversity we faced this year with injuries. I think the win is still sinking in, it's hard to put into words what kind of feeling it was on the field when the game was over."
0
Nov 28, 2019 2:30 PM By: Troy Durrell 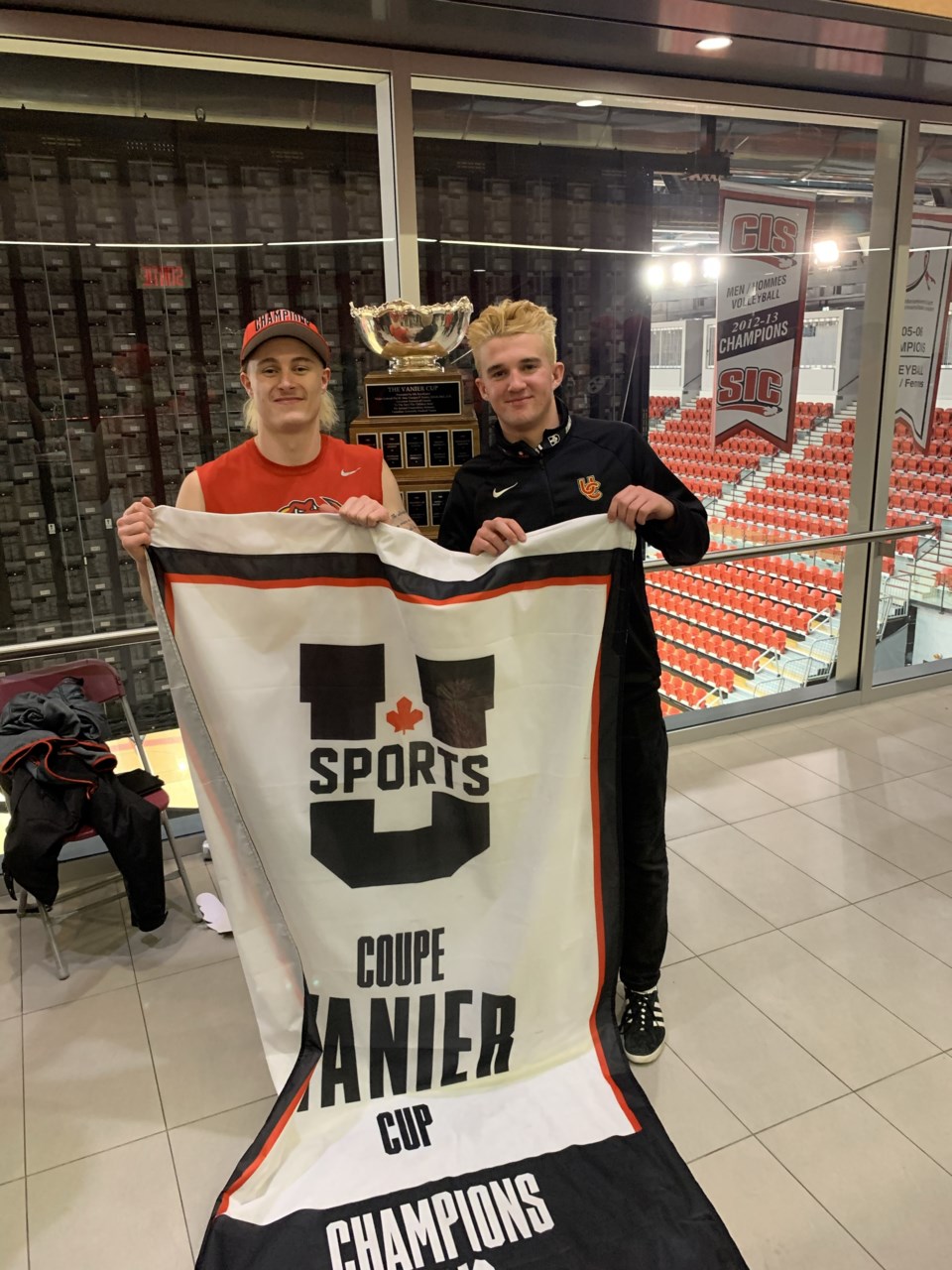 The University of Calgary Dinos ended a 24-year Vanier Cup drought on Nov. 23 when they defeated the University of Montreal Carabins 27-13 at Telus Stadium on the campus of Laval University.

The Dinos got two field goals from kicker Niko DiFonte in the second quarter while also getting touchdowns from receivers Jalen Philpot and Hunter Karl through the air while getting a rushing touchdown from running back Robinson Rodrigues.

While they weren't on the Dinos official roster for the championship game, both Joseph Bell and Dylan Neis helped the Cochrane Cobras win the provincial title three of the last five years. They join second-year receiver Erik Nusl who had 16 catches for 223 yards on the season. In 2017 he dressed in three regular-season games where he mainly found time as a punt returner and on the special teams unit. He returned 10 kicks for 142 yards. Nusl missed the entire 2018 season with a knee injury.

"It's a crazy feeling," Nusl said of the victory. So proud of this team and all the adversity we faced this year with injuries. I think the win is still sinking in, it's hard to put into words what kind of feeling it was on the field when the game was over."

The Dinos have had many teams to qualify for the national championship game in the past, but weren't able to get over the hump. Nusl said this team was different.

"Everyone on the team was buying in and committing to excellence," Nusl said.

"Committing to workouts, practices and all of what the coaches asked of us. During our playoff run we even got everyone on the team to bleach their hair ... it was that kind of team commitment that helped us win a national championship."

"It feels surreal. I'm very thankful to be able to be apart of this team," he said.

"I probably wasn't supposed to play football again, but I'm very lucky to still be able to be on the field. It's something very special to me."

While the trio was representing the University of Calgary in the game, Nusl said they also played for the people of Cochrane.

"Of course (we're playing for Cochrane)," Nusl said. "I can't give enough thanks to all the coaches I had growing up playing for the Lions and Cobras. I'm always proud to tell people I come from Cochrane and I know the other boys would say the same."

"Everyone has been fantastic. I've always had a tremendous support system here in Cochrane. I wouldn't have been able to do any of this without my coaches and teammates but definitely not without my family."

The Vanier Cup is the championship of Canadian university football. It is organized by USports football and is currently played between the winners of the Uteck Bowl and the Mitchell Bowl. It is named after Georges Vanier, the former Governor-General of Canada and was first awarded in 1965 to the winner of an invitational event contested between two teams that were selected by a panel. In 1967, the trophy was declared the official "CIAU National Football Championship" and a playoff system was instituted. From its creation until 1982, it was known as the Canadian College Bowl. The game typically occurs in late November.